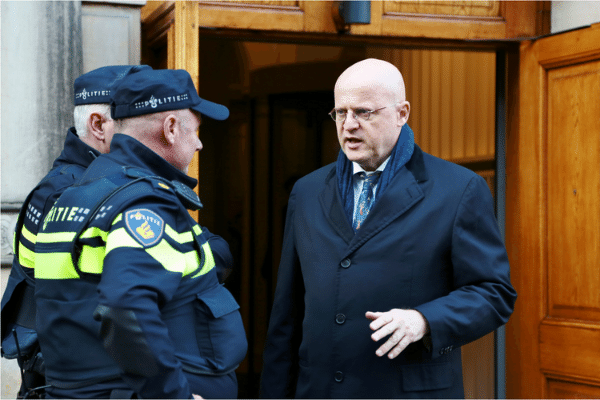 The release date of the controversial Dutch language tenders, as covered by Slator in May 2020, has been moved to the first quarter of 2021.

Originally scheduled by the Dutch Ministry of Justice and Security for release from October 2020, the (approximately) 20 interpretation and translation RFPs will be published beginning February or March 2021, according to a source at the Ministry’s Legal Aid Board (RvR). No explanation was provided as to why the release date was changed (whether it was related to criticisms on the handling of the contracts or Covid-19).

The same RvR source said tenders for the Dutch Police will be released first, followed by the Courts, the Immigration Service, and then certain “investigative agencies.” The RvR is in charge of overseeing the Register of Sworn Interpreters and Translators (Rbtv).

As previously reported, Justice Minister Ferdinand Grapperhaus came under fire after he announced B2-level interpreters would be allowed into the Rbtv, which had only included interpreters with C1 language proficiency level.

Well, it is now final. A visit to the Register shows that B2-level interpreters are now available for work. However, “Translators are only available at C1 level in the Rbtv.”

In a DutchNews column, Roemer Leushuis wrote: “The justice department has decided to deal with the relative scarcity [of linguists] by lowering the professional standards. That is not a wise decision. The B2 language level which would be required is about that of a secondary school pupil, and not nearly enough to do the job properly.”

A certified translator and interpreter, Leushuis told Slator that the Rbtv admitted the first B2 interpreters for low-resource languages, such as Amharic, Albanian, Azerbeidjani, Farsi, but also for English. And the deal was sealed back in June.

Leushuis wrote in the same column that, on June 16, 2020, “MPs rejected a final attempt to stop” Minister Grapperhaus from pushing through with his two proposals: “One concerned the introduction of commercial intermediaries for all government interpretation and translation work. The other focused on reducing the language skill level for certified interpreters and translators.”

The MPs’ decision thus put an end, for now, to the two issues brought to Minister Grapperhaus’ doorstep, as reported by Slator: First, the handling of the Rbtv; and second, running RFPs rather than assigning work to individual linguists.

So what’s next? Leushuis told Slator that translators and interpreters [T&Is] will now form “a new professional body to protect the interests of Dutch professionals. This organization will shortly come into existence.”

Asked how the new group would be different from the currently existing NGTV (Netherlands Association of Interpreters and Translators), Leushuis replied, “It will be different from NGTV in the sense that it will be representing primarily certified T&Is — and I expect it will take a tougher stance against the Ministry of Justice.”

Leushuis said, “Many T&Is, myself included, cancelled their [NGTV] membership because of its perceived soft approach vis-a-vis the Ministry of Justice.”