Hire the Best Talent by Posting Your Jobs on LocJobs

An annual fixture of New York business since 1991, the Crain’s list recognizes 40 people who have achieved tremendous success before turning 40 years old. For this year’s ranking, reporters and editors from Crain’s New York Business evaluated Lee over several months among a pool of hundreds of nominees, considering his professional success, community service, and participation in trade groups.

Lee joined the TransPerfect team in 2003 as a project manager. In 2007, he was selected to head the company’s rapidly growing life sciences division and played a key role in growing TransPerfect’s largest global accounts. Today, he manages a worldwide group of more than 1,200 employees responsible for translation, localization, desktop publishing, vendor management, and corporate media production.

Other areas under Lee’s leadership include the legal staffing division and the Trial Interactive services team within the life sciences solutions group, all of which have grown under his direction.

Beyond his work at TransPerfect, Lee sits on the Board of Directors for the College for Every Student (CFES) Brilliant Pathways nonprofit organization and is an avid supporter of equal access to quality education for all students. In partnership with TransPerfect, he has facilitated more than $50,000 in donations to help underserved K-12 students from rural and urban communities become college and career ready. Lee also supports the Community First School in Hartford, CT, which was started by one of his childhood basketball coaches to help kindergartners in need. He is also an active supporter of the V Foundation for Cancer Research, the Parkinson Research Foundation, and the Michael J. Fox Foundation.

In 2018, Lee reconnected with his old baseball coach and worked with a program that helps repair baseball fields and sponsor camps in the Dominican Republic. He is also an advocate and supporter of Asian American filmmaking, and was the lead investor and executive producer of Justin Chon’s Sundance award-winning film, Gook, which explored racial tensions between Korean and African American communities in Los Angeles in the aftermath of the 1992 riots.

Lee also invested in, assisted in production for, and has a cameo appearance in Chon’s next film, Ms. Purple, a Sundance Film Festival selection.

“I am honored and humbled to be recognized by Crain’s on their 40 Under 40 list among so many other accomplished business leaders,” said Lee. “Growing with TransPerfect has been a rewarding journey for me, and I appreciate all of the opportunities I’ve had to develop professionally and personally in my role. I am grateful to work with such extraordinary colleagues around the world and with such a talented and dedicated team that inspires me to be better every day. On top of that, my platform as a leader has afforded me the opportunity to give back to causes I’m passionate about.”

TransPerfect President and CEO Phil Shawe, a former honoree on the Crain’s 40 Under 40 list, stated, “It’s been my great privilege to work alongside Jin Lee for over 17 years. He is a trusted leader and mentor to countless members of the TransPerfect team, a tremendously dedicated

family man, and a true friend. Congratulations to Jin and his entire team on this honor!”

TransPerfect is the world’s largest provider of language and technology solutions for global business. From offices in over 100 cities on six continents, TransPerfect offers a full range

of services in 170+ languages to clients worldwide. More than 5,000 global organizations employ TransPerfect’s GlobalLink® technology to simplify management of multilingual content. With an unparalleled commitment to quality and client service, TransPerfect is fully ISO 9001 and ISO 17100 certified. TransPerfect has global headquarters in New York, withregional headquarters in London and Hong Kong. For more information, please visit our website at www.transperfect.com. 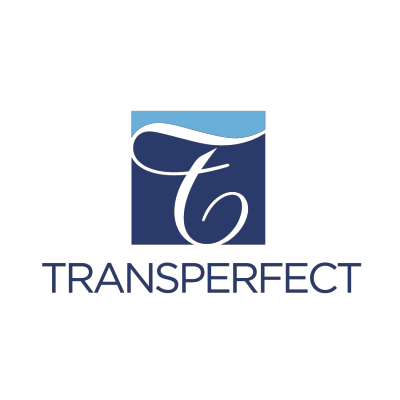 TransPerfect is the world’s largest provider of language services and technology solutions for global business. From offices in over 100 cities on six continents, TransPerfect offers a full range of services in 170+ languages to clients worldwide.

Google Translate Still Shows Gender Bias. Here’s What Google Is Doing About It.