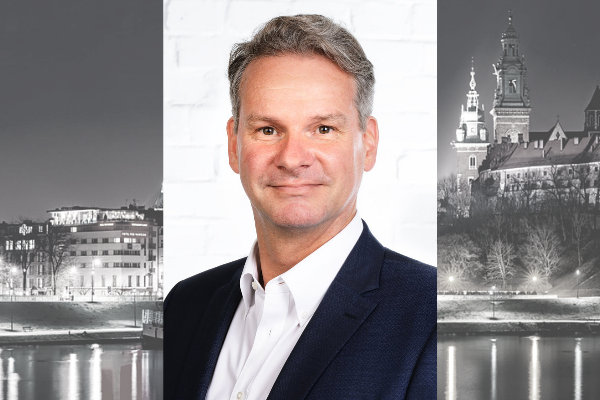 Summa Linguae Technologies appointed Jochen Hummel Executive Supervisory Board Member on June 28, 2019. Hummel told Slator he will advise and guide the company on sales strategy, technology implementation, and developing business relationships, among other matters. A company-wide memo provided Slator further stated that Hummel “will be active in the life of our company by meeting us and our customers on a regular basis.”

Hummel concurrently serves as CEO of Sweden-based software company ESTeam AB and Germany-based SaaS firm Coreon. He is likewise listed as an Executive Advisor at “blockchain-based marketplace” Exfluency,” where Summa Linguae CEO Krzysztof Zdanowski is Chairman of the Board.

Based in Kraków, Poland, Summa Linguae is listed on the Warsaw Stock Exchange, trading under the ticker (SUL:WSE). The company’s market capitalization currently stands at over USD 20m, although shares are traded thinly. The company merged with Indian language service provider Mayflower in late 2017 and acquired Sweden’s Kommunicera in late 2018.

Jochen Hummel is, of course, the creator of translation productivity (a.k.a. CAT) tool Trados, which he sold to SDL in 2005 for USD 60m. “Back in the day, I designed Trados to run smoothly on a PC with a 386/SX CPU, affordable for freelancers,” said Hummel, whom we contacted on the occasion of his appointment.

Although “Trados established CAT as global product category,” he told Slator, “there were predecessors. For example, Alps — only it required a USD 20,000 machine.”

“Storage and computing constraints were the reason for a segment-based translation memory. Today, you have the power of thousands of these CPUs in your pocket or on your wrist. Still, neither Trados nor all its copycats made any change to basic TM (translation memory) architecture,” he added.

According to Hummel, the CAT tool will soon disappear as neural machine translation (NMT) becomes the center of the workflow (as opposed to translators using CAT tools). Humans will, thus, work around NMT as it translates. “We are doing it already now,” he said. “Also, there are tons of research and engineering resources thrown at NMT. It will progress fast. Of course, NMT quality also depends on language pairs and available high-quality data.”

So how soon before the CAT tool completely goes away? “I am sure we are only talking about a few years,” Hummel said, adding that what has delayed full disruption is the fact that “sunsetting CAT also disrupts the current biz models of LSPs. Instead of selling words and throwing them over the wall with a nice gross margin, they have to up their game and learn how to manage multilingual data.”

As for the professional translator, Hummel believes their work will evolve into that of a subject matter expert. He said that although NMT has reached human parity or will soon, “this doesn’t necessarily mean that the quality will be great, but as good (or as bad) as what you get with today’s budgets, time constraints, and training,” he explained.

“Human parity changes everything, because ‘doing words’ is done by a machine. However, for several use cases, revision by subject matter experts is required. Many professional translators are experts in their field. Others will create multilingual knowledge, curate linguistic assets, or engineer translation workflows,” Hummel said.

Sure enough, in the last month alone, Slator has covered the evolving role of the professional translator given the rise of machine translation post-editing (PEMT). Already, what one expert calls “a new task in translation,” has use cases associated with productivity gains, surveys on its impact on freelancers and LSPs, and even its most promising alternative.

In light of all the tech advancements around translation and localization, Hummel said, “the biggest unsolved pain points are bad processes on the customer side. Short term, it can generate nice revenue; but as an innovative service provider you aim for optimized, sustainable long-term relationships, which benefit everybody, particularly the end consumer.”