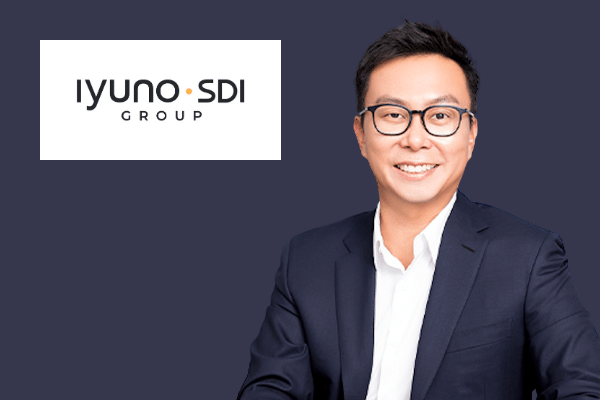 On March 26, 2021, Iyuno announced that it had completed the acquisition of US-headquartered SDI Media from the latter’s parent company, Japan-listed Imagica Group, which invested in SDI in 2015.

The deal is transformative for the media localization space and sees the creation of a mega media localizer in Iyuno-SDI. At just shy of USD 400m in combined 2020 revenues, Iyuno-SDI is the largest pure-play media localization company, with 67 offices globally in 34 countries and more than 2,000 employees.

Although Iyuno did not disclose the amount it paid for SDI, the seller (Imagica Group) is required to report this information as a publicly traded company. A notice issued by Imagica said they will do so in the financial results to be published for the full year ending March 31, 2021.

Iyuno’s existing investors are Swedish private equity firms Altor and Shamrock, which first invested in BTI Studios prior to its 2019 merger with Iyuno, as well as SoftBank Ventures Asia. All three are staying on as investors in the combined Iyuno-SDI company. CEO David Lee also remains a major shareholder.

Discussing how the Iyuno-SDI union came to be, Carey told Slator that the deal was born out of the new realities of content production, and explained that “as the consumer appetite for content has increased, and content producers are now making dramatic changes to their distribution strategies — moving to more direct-to-consumer OTT services and providing a wider diversity of content to satisfy this demand — the need for large-scale high-quality localization service provider is ever more apparent.”

With the acquisition of SDI, Iyuno-SDI has achieved a new level of scale never before seen in media localization. In 2020, SDI Media generated USD 191.2m revenues, while Iyuno brought in USD 185m. Carey declined to share revenue forecasts for 2021, but said that they “certainly anticipate growth in the coming year as the new Iyuno-SDI Group.”

There is good reason for the media localizer to be optimistic. Despite major disruptions to the film and TV industry in 2020 during Covid-19 lockdowns, new TV and OTT releases have begun to trickle down to audiences in 2021 as countries begin to ease restrictions. Carey said client sentiment shows “an appetite to get back to normal and maybe even higher-than-ever levels of new productions.”

For the moment, Carey said they “have seen some pickup in new production volumes, but we still all live under a certain level of restriction to operating normally, and physical production of film and television is no different.”

“In-studio recording is the preferred and ideal way to capture the best acoustic and creative quality for actor recordings, and the return to normal in-person interaction between actors, directors and engineers is the most ideal scenario” — Chris Carey, CRO, Iyuno-SDI

Covid lockdowns also forced the closure of physical dubbing studios, which prompted an increase in uptake for remote recording solutions. Iyuno, for example, launched iDub in 2020, which contains a portable, collapsible recording booth that the company is able to ship to voice talent.

Asked about his take on the longevity of remote solutions beyond Covid, Carey said that “remote recording has a place going forward certainly as a disaster recovery and business continuity solution.”

However, he reiterated a belief shared by some other media localizers that “in-studio recording is the preferred and ideal way to capture the best acoustic and creative quality for actor recordings, and the return to normal in-person interaction between actors, directors and engineers is the most ideal scenario.”

MT and Emerging Tech for Media

Carey also outlined Iyuno’s machine translation (MT) capabilities, telling Slator that MT is “used in parts of our workflows, which removes non-creative workload for our language specialists, allowing them to spend more time on the creative and interpretative processes.”

The use of automation in the media localization workflow is not limited to MT, and Carey said “we are actively researching and developing several more applications of AI and automation solutions for the localization business because we believe that these types of technological advancements are going to be an impactful part of our business going forward.”

As for Carey’s thoughts on the potential of frontier and evolving technology such as lip movement synthesis, synthetic voices, and voice cloning, he said, “these technical innovations are all on a continuum of ready for production or still in early research and development stages. We expect to apply them in the future.”

“We are actively researching and developing several more applications of AI and automation solutions for the localization business” — Chris Carey, CRO, Iyuno-SDI

Having just acquired their biggest, closest rival, Iyuno-SDI may not be done on the acquisition trail quite yet.

With the ongoing participation of its financial backers, the world’s largest media localizer certainly has the necessary fire power for future M&A. And while they remain open to the possibility, Carey said, “Today, we are extremely focused and excited with the closing of this acquisition and the integration of the SDI Media into Iyuno-SDI Group!”

For more insights on the acquisition and an update on the integration, don’t miss Iyuno-SDI CEO David Lee speaking at SlatorCon Remote on May 13, 2021. Sign up before April 15, 2021 for a 15% early-bird discount.