When the National Health Service (NHS) launched an RFP for interpretation and translation services back in July, it was estimated the contract would cost the agency anywhere between GBP 20m and 80m over two years. It turns out the NHS contract will actually have a ceiling of GBP 100m.

A document Slator saw states the current NHS interpretation and translation contract represents “up to 25% savings available from previous agreement.” 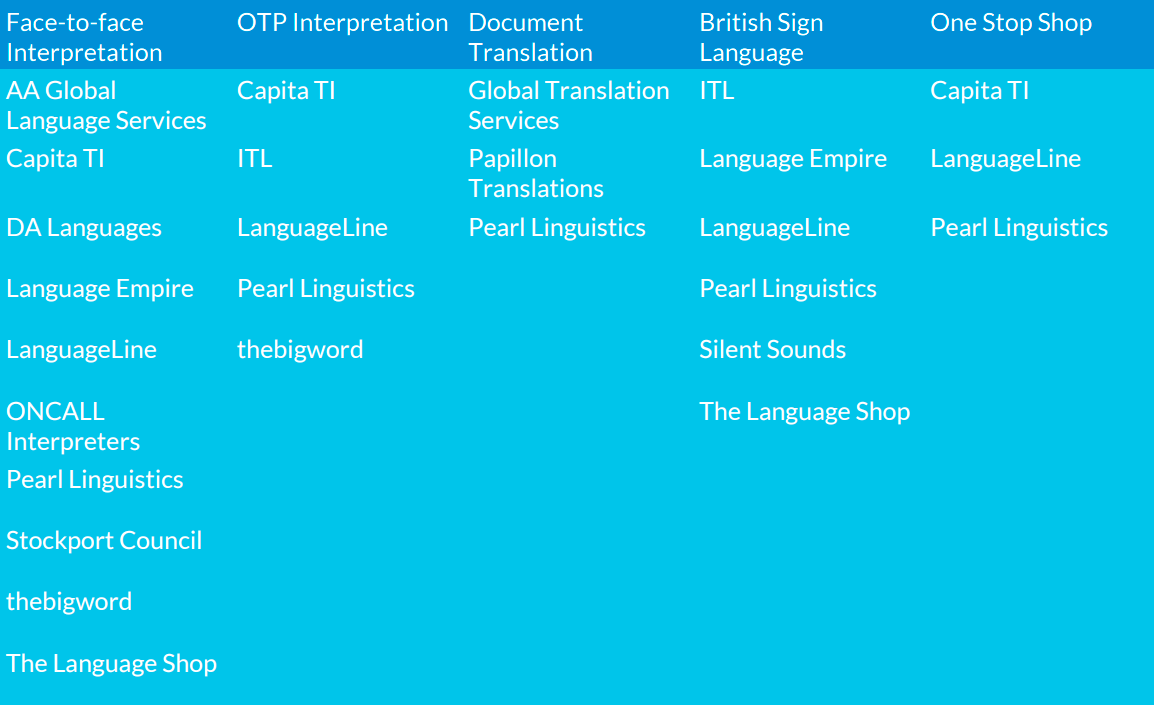 An award notice, dated January 25, 2017, showed the 14 LSPs as having won the bid for Lot 1, face-to-face interpretation, under the framework. The notice showed a competitive process with a total of 49 vendors submitting bids, 40 of them SMEs. Unlike the GBP 250m Crown Commercial contract, none of vendors selected put in a bid as part of a consortium. The contract duration is from November 1, 2016 to October 31, 2018.

The framework agreement is divided into five lots, the others being Lot 2–British Sign Language (BSL), Lot 3–over-the-phone interpretation, Lot 4–document translation, and Lot 5–one stop shop as well as video interpretation. “One stop shop” means that winning LSPs in this lot can perform services for a single authority across all other service categories.

As with other framework agreements for language services announced in the UK over the past two years, no individual authority is compelled to use selected vendors. NHS Shared Business Services (NHS SBS), the procurement agency that ran the tender, therefore, tries to highlight the benefits of using the framework when procuring language services.

Furthermore, according to the NHS SBS, individual authorities are guaranteed “competitive regional pricing” for Lots 1 (face-to-face) and 2 (BSL), and can get discounts based on “committed spend or volume via a mini-competition.” Additionally, they need not repeat the procurement process, and instead simply appoint a supplier through the framework.

The NHS award comes on the back of a number of similar announcements by the Ministry of Justice (GBP 232.4m), the Crown Commercial Service (GBP 250m), and the Eastern Shires Purchasing Organization (GBP 120m).

From a procurement and operational point-of-view, it makes sense to aggregate demand across dozens, if not hundreds, of individual agencies procuring language services. The resulting transparency about nationwide spend on these services, however, leaves the government open to criticism from the political right, which would prefer to scrap government-financed language services altogether.