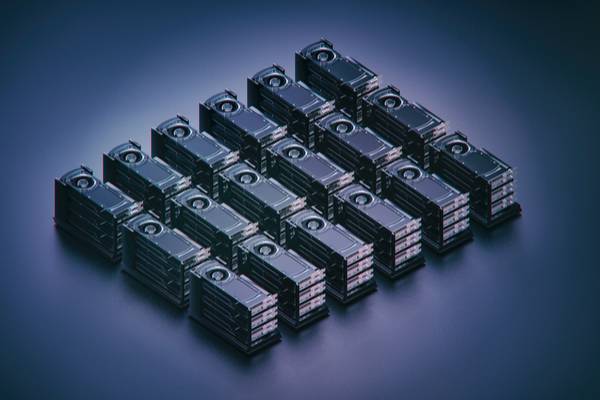 “Yes, we did a very confident launch,” said Jaroslaw Kutylowski, DeepL Chief Technology Officer, and chuckled. The CTO agreed that the language technology firm based in Cologne, Germany came out with guns blazing when they launched their online machine translation portal in late August 2017. “We are a German company and were aware that we are going up against US-based firms,” Kutylowski told Slator in a recent phone interview.

Since the launch, web traffic to Deepl.com has exploded. At the time of writing, the site had broken into the top 1,000 websites in Germany and is ranked 12,864 globally, according to Alexa.com.

The DeepL folks should know a thing or two about web traffic. DeepL was developed by the founders of Linguee.com, an online dictionary launched in 2009 by its CEO Gereon Frahling. Linguee GmbH, which was recently renamed as DeepL GmbH, relies entirely on advertising and therefore traffic, to make money.

Owned by its founders and by outside investors, DeepL employs 20 full-time staff, about half of whom are engineers. The rest are product managers and quality editors that liaise with its more than 500 freelancers (mostly translators) on quality checking and monitoring.

Linguee is fed by web crawling, where the quality of the translated sentence pairs is evaluated by a mix of human input and machine learning.

Staff Pulled from Other Projects

Kutylowski says that they first started using neural models in areas other than MT, for example, to improve their quality checking and monitoring for Linguee. But they soon realized it worked really well for machine translation, so they started to pull staff from other projects and had them work on machine translation.

In terms of quality, DeepL got very favorable reviews in mainstream media, particularly in Europe. Slator was also impressed, and agreed with Tool Box Journal publisher Jost Zetsche that particularly for “technical and semi­-technical texts, the quality of the English to German direction was decidedly better and more natural than Google’s and Microsoft’s neural output.”

So why is it that DeepL does well with technical text but does fairly poorly with journalistic texts (again, in the English to German direction)? While Kutylowski disagrees with the assessment that DeepL does not perform well with journalistic content, he describes the challenge of machine translation in this domain as a “function of two things: first is how well the text that is being translated is reflected in the training data. Second, journalistic language can be very complex as it deploys hard-to-translate metaphors and other stylistic elements,” points out Kutylowski.

While DeepL also measures quality by the BLEU index and touts its gains in that metric against its rivals, Kutylowski says they are beginning to reach the limits of BLEU’s effectiveness.

“BLEU measures against the output of a single human translator and, at the current quality levels, we may optimize against a translation that is just one of many potential options,” the CTO explains.

Kutylowski gave away very little about the model they use to run their neural machine translations. The CTO stressed that they are reading a lot of what’s being published in the space and then combine that information with their own ideas and insights in developing DeepL.

Many neural machine translation models have become open-source over the past few months with Facebook, Harvard-Systran, and others making their systems available.

Regardless of the model used, DeepL’s access to Linguee’s curated translation data is an important asset for the company. High-quality bilingual translation data has been a sought after commodity of late, with Chinese search engine Sogou investing between USD 6m and USD 7m into Shanghai-based UTH.

Neural machine translation runs on graphics processing units (GPU) – basically chips original designed for gaming – which are notorious for being power-hungry. Kutylowski would not comment on DeepL’s usage statistics but said that their electricity bill isn’t a problem at the moment. Interestingly, he added that the “training of our models currently uses significantly more power than live traffic.”

At present, one of the key limitations of DeepL is its language coverage, which is still very limited compared to its big tech competitors. Kutylowski promised that their “focus for expansion in a next step will be on Chinese, Japanese, Russian, and Portuguese.”

Will DeepL, the machine translation portal, run an ad-supported business model like Linguee? Kutylowski says that while they did do the math for DeepL and realized that it “would also work on a purely ad-supported revenue model,” they are “working on an API and an enterprise solution and are currently beta-testing with a selection of small and medium-sized companies but also with a few giants.”

The API is expected to go live in a few weeks. “It’s not so much the technology that is preventing us from launching [the API] but it’s getting all the contracts and paperwork in place that is required for an enterprise setting.”

Kutylowski seems to have already internalized the enterprise sale when he stresses that they will also offer a solution that ensures confidentiality and that they may go as far as offering an on-premise installation.

Who is Afraid of DeepL?

DeepL’s launch predictably sparked yet another round in the man vs. machine debate and triggered anxiety among human translators and language service providers alike. When asked about whether ever more clever algorithms will have a major negative impact on demand for human translation anytime soon, Kutylowski stayed cautious. “I’m an engineer and not a businessman, so I might not be the right person to talk about this.”

He continues, “There will always be content that cannot be translated by machines and where human translators will be needed. And we will always need human linguists for things such as post-editing and quality-checking.”

“So far, none of the translators I have spoken to are afraid of DeepL”

When Slator probed further about MT’s prospects in making further inroads in the market, Kutylowski says that “within the next three years, machine translation will be good enough for most day-to-day use cases.”

The rise of neural machine translation over the past year or so has fueled discussions about how high-quality MT is going to affect the market for human-provided translation, and two schools of thought seem to be developing.

One stipulates that machine translation quality will be good enough for many current use cases, which, in turn, will likely reduce demand for human translation and put pressure on prices.

The more optimistic take for the language services industry is that humans powered by machines will become much more productive, which consequently makes translation more accessible to more buyers. Proponents of this view assume that demand for translation is elastic and will grow as prices drop.

DeepL seems to be a classic case of the future being here but not being equally distributed. As neural translation models evolve, it is likely many competing solutions will match or even surpass DeepL.

Alternatively, if DeepL’s models prove superior to most others in the medium term, one of the big tech giants might just acquire the challenger. Kutylowski declined to comment on whether the company has already received such offers.

Editor’s Note: An earlier version of this article failed to specify that Jaroslaw Kutylowski disagrees with our assessment that DeepL underperforms in journalistic content. Furthermore, the earlier version implied that Linguee did not currently support Chinese, Japanese, Russian, and Portuguese.