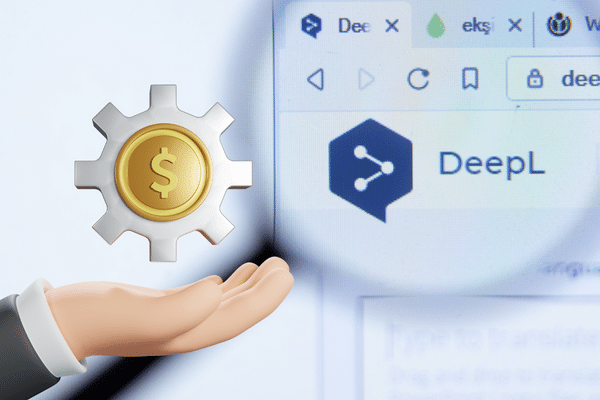 The round values DeepL at around USD 900m, according to one BI source; another said the valuation was about USD 1bn. BI cited two sources that peg the amount being raised at “USD 150m or higher.”

IVP has invested in over 400 companies to date; 131 have gone public. Included in its portfolio are Netflix, Hopin, GitHub, Grammarly, Slack, Wise, as well as, more recently, multilingual AI writer Jasper — valued at a frothy USD 1.5bn.

According to the same BI story, two more investment firms are joining the latest DeepL round: US-based Bessemer Venture Partners and Europe’s Atomico (an early investor in Gengo, since acquired by Lionbridge). “The deal is not yet final and details around valuation and the amount raised may change,” BI said.

DeepL’s existing investors include btov, a European venture capital firm, which got in early as an investor in DeepL’s (Linguee, at the time) pre-seed and seed rounds in 2009 and 2010, respectively, as well as Benchmark Capital, one of Silicon Valley’s most high-profile venture capital firms, which took a 13.6% stake in DeepL in 2018.

Financial data on DeepL is hard to come by, particularly since Germany does not require companies to publicly file full financial accounts. Filings from 2020 indicate that the company generated revenues of less than EUR 40m (USD 39.7m) and recorded profits of EUR 0.14m that same year. Profits fell from just shy of EUR 1m in 2019, suggesting the company is heavily investing back into the business (at least it did so in 2020).

DeepL’s rise has been fast but relatively little is known about the company and its inner workings. Slator’s September 2021 report on DeepL explored how it managed to outmaneuver big tech, win a following, and develop a managed MT offering targeting enterprise customers.

One key takeaway is the importance of timing in DeepL’s success. Launching its free web translator in 2017 meant DeepL caught the neural MT wave early and was founded on the current state of the art. Moreover, Linguee’s treasure trove of annotated data gave it an edge.

DeepL regularly ranks among the top-50 websites accessed in Switzerland and Germany and top-200 pages in other key markets. An attempt to ban the use of DeepL at Swiss Post in early 2022 even sparked uproar, prompting Switzerland’s national postal service to partially back down.

From its inception, DeepL’s founders had always meant to take on big tech. CEO Jaroslaw Kutylowski told Slator in a 2017 interview, “We are a German company and we’re aware that we are going up against US-based firms.”

The addition of a professional version, DeepL Pro, in 2018 coupled with more language pairs (29 at present) and a continued focus on R&D (albeit with a lean research team) has enabled DeepL to move more aggressively into the enterprise starting in 2020. Its workforce now includes more customer-facing roles, such as account managers and customer service support personnel.

But while DeepL is going enterprise, so are its big tech rivals. Most notably, Google in October 2022 launched its Translation Hub, an Enterprise-Scale machine translation service that comes with more bells and whistles aimed at competing for the ambitious DIY enterprise customer.

The venture capitalists backing DeepL are betting that the German tech company can keep up. If BI’s reporting is accurate, this round would rank among the top language industry fundings ever — likely exceeding Lilt’s Series C and Unbabel’s Series C — and put it up there with transcription startup Verbit, which was valued at a USD 2bn valuation in November 2021.

Slator contacted DeepL for comment but had not received a response as of press time.