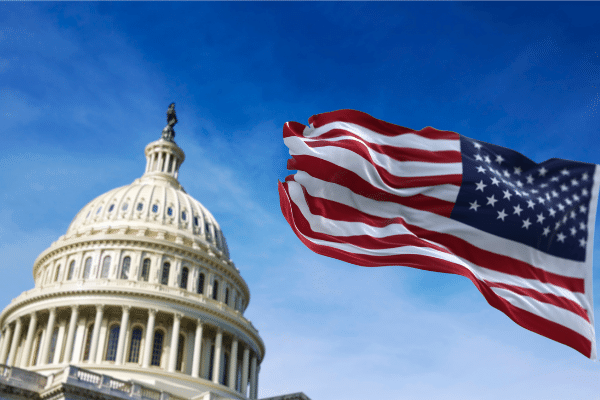 US translators and interpreters (T&Is), once again, find themselves defending their right to freelance as the country’s legislators consider a new, potentially disruptive bill: the PRO Act. The acronym stands for Protecting the Right to Organize.

Passed by House Democrats in March 2021, this federal legislation focuses primarily on making it easier for workers to unionize. However, Section 101(b) of the bill uses the well-known ABC Test to classify workers.

The test, which emerged from a landmark California Supreme Court ruling on courier service Dynamex’s misclassification of workers, requires an employer to prove that a worker meets three specific conditions before that worker can be legally classified as an independent contractor.

In the language industry, the most problematic condition of the ABC Test is the one that says independent contractors (or T&Is) must perform work outside the “usual” business of the hiring entity (i.e., language service providers or LSPs).

In the wake of the Dynamex ruling, California’s gig worker bill, commonly referred to as AB5, made waves as a statewide experiment in applying the ABC Test to a range of fields and professions.

In response to the PRO Act, CoPTIC has expanded its advocacy efforts nationally, as the federal bill could potentially override the group’s hard-won exemptions.

CoPTIC founder Lorena Ortiz-Schneider told Slator that a limited number of exemptions were carved into AB5 from the time it was proposed, while the PRO Act has none — a major sticking point not only for T&Is but also for other independent professionals.

“Any policy as sweeping and as devoid of any exemptions as Section 101(b) currently is will clearly raise dramatic and deep concerns about its efficacy as federal policy,” said Hans Johnson, a longtime policy advocate and CoPTIC’s lead strategist.

CoPTIC’s goal is to convince lawmakers to write in an exemption before the PRO Act goes up for a Senate vote. However, a lack of unanimity among Democratic lawmakers about the new bill means decisions about its provisions are being taken up piecemeal and incorporated into other legislation.

Johnson pointed out that this requires heightened vigilance, saying, “We have to make sure, if the PRO Act’s provisions are broken up, that no component of them containing 101(b) gets inserted.”

From medical interpreting during the Covid pandemic to translating ballots, the impact of professional T&Is has been felt across America, Johnson said. He hopes that CoPTIC’s efforts will be supported by Americans served by T&Is, including advocates for immigrant rights and voting rights, as well as the disability community.

So far, CoPTIC is encouraged by success in individual states, such as New Jersey, where lawmakers backed down from a far-reaching bill modeled on AB5.

In Pennsylvania and Delaware, grassroots opposition to proposed reductions in compensation and quality standards for court interpreting dovetails with CoPTIC’s advocacy work. Also encouraging, senators in Virginia and Arizona have already expressed their concerns about the PRO Act.

“Our approach is similar to the one used in California,” Ortiz-Schneider explained. “We don’t oppose the PRO Act, but we need to get that ABC section in it removed or amended.”