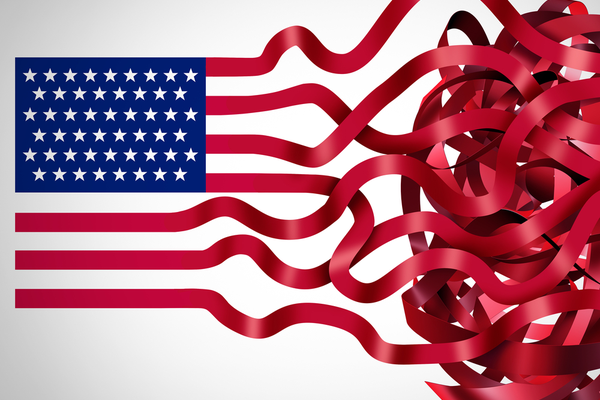 On September 11, 2019, the California State Senate voted to pass gig-worker bill AB5 without an exemption for translators and interpreters. Final vote was 26 to 11 and AB5 now goes to California Governor Gavin Newsom, who will likely sign the bill that kicks in January 1, 2020.

This means any California employer who wants to treat a person as a contractor must prove that person works independently of the company’s control and direction, works outside the company’s usual course of business, and is engaged in an independently established trade of the same nature as a matter of course.

AB5 exempts a host of professions from this definition — from insurance agents to doctors to hairdressers — but not translators and interpreters (T&I). The definition of what constitutes a contractor under California law has been the subject of much debate and intense lobbying, raising the question of whether T&I professionals should be compared to the gig workers of Lyft or Uber. Several T&I groups have said not, and have fought to be exempt from AB5.

“Obviously, this bill creates difficulties for entrepreneurs, which most T&I professionals are in one way to another,” Lorena Ortiz Schneider of Ortiz Schneider Interpreting & Translation told Slator.

She and a group of professional interpreters and translators have banded together to form CoPTIC or the Coalition of Practicing Translators & Interpreters of California. She said, “we will continue our efforts and will focus them on drafting an amendment to get us exempted, identifying a couple of legislators who will sponsor our clean-up bill, and getting it passed in early 2020.”

Members of CoPTIC include court, conference, and certified medical interpreters, educators, and certified translators — “all practicing professionals from as far north as Bishop and south as San Diego,” she said.

The group launched a GoFundMe campaign on September 7, 2019 “to help pay for representation in Sacramento,” Ortiz Schneider said. They have raised a little over USD 9,000 of their USD 20,000 goal at press time.

Meanwhile, the debate over AB5 continues in the Twittersphere, with #ab5 increasingly gaining traction of late as it correlates to #Dynamex and #gigeconomy.

According to court and conference interpreter Esther M. Hermida (@geo_lingua), “#AB5 is threatening our livelihoods.” She added, “We didn’t ask for help!”

Replying to Hermida, fellow conference interpreter Giovanna Lester (@cariobana) tweeted that “#AB5 is wrong in assuming that #freelance #translators, #interpreters and #localization professionals are part of the gig economy. It’s affecting only CA now. The rest of the US is watching. Speak up!”

Slator will continue to watch as well, and monitor the impact of the California bill’s passage on the rest of the United States.