Plaintiff Alfredo Ramos purchased a used automobile from Pena’s Motors, an agent for Defendant Westlake Services, LLC. The negotiations between Ramos and Pena’s Motors’ representatives regarding the automobile were conducted primarily in Spanish, Ramos’ native language. While the automobile’s sales contract was in English, Pena’s Motors staff provided Ramos with what they purported to be a complete Spanish translation of the document. Ramos signed the English sales contract, which expressly stated that he had read and understood the arbitration clause.

However, the version of the contract translated into Spanish omitted the arbitration clause contained in the English version. Ramos later sued Westlake, claiming that an optional insurance policy he purchased with the automobile violated California’s unfair competition laws. Westlake moved to compel arbitration of Ramos’ claim based on the arbitration clause.

The Court of Appeal refused to enforce the arbitration agreement. While acknowledging that Ramos’ express certification of reading and understanding the English contract, which included the arbitration clause, would normally bind him to its terms, the court reasoned that the “circumstances of this case are not typical.” The court held that “there was no mutual assent” to arbitrate “because the arbitration agreement was hidden in the English Contract and not included” in the Spanish translation. Accordingly, Westlake’s failure to provide a translation of the sales contract’s arbitration clause meant that it could not prove Ramos agreed to arbitrate his dispute with Westlake. 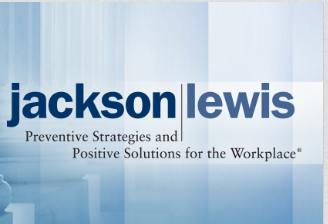 Founded in 1958, Jackson Lewis is dedicated to representing management exclusively in workplace law.