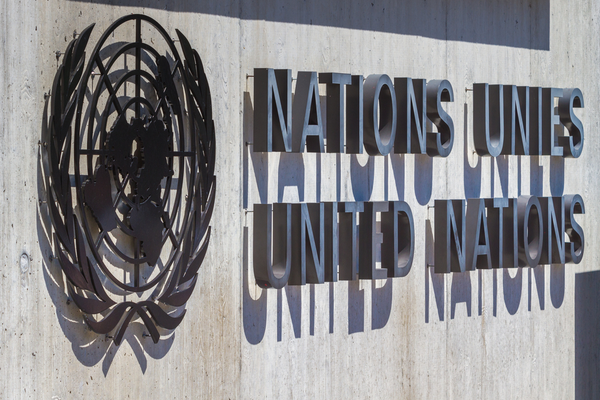 The United Nations has released a Request for Information (RFI) seeking 25 vendors to “demonstrate the latest conferencing technology” at the UN’s January 16, 2020 Conferencing Technology Fair in Geneva.

The goal of the one-day fair is to showcase “the latest products and solutions that support multi-stakeholder conferencing processes.” The fair coincides with another event on the future of conferencing in international organizations. Attendees will include UN officials, members of permanent missions to the UN, and representatives from a range of other international organizations.

Suppliers have until October 30, 2019 to inform the UN how their product represents a “cutting edge development in [the] field” and describe its most “impactful qualities” on international conferencing.

Language technologies are a major focus of the RFI. Of the six listed areas of interest, only one (VR, AR, and immersive technologies) is not directly linked to interpreting or translation. Solutions that fall under another umbrella, “conferencing, networking, audience engagement apps,” may not be language technologies by themselves, but they must be flexible, customizable, and multilingual.

The RFI lists interpreting platforms — including those for remote interpreting — as a point of interest within conferencing systems and remote participation platforms. (For a sense of scale, the UN needs interpreters for about 80 to 90 meetings each week at its New York headquarters alone.)

There is also an opening for speech-to-text technologies, such as tools that can convert speech into text for live captioning, post-meeting transcripts, and auto-summarization. To meet the UN’s needs during conferences, tools like these would need to be “speaker independent, allow adaptation for additional languages, [and] be able to handle noise, unique pronunciations, [and] non-native English accents,” according to the RFI.

In addition to speech-to-text tools, the UN wants to hear about voice recognition software, text-to-speech systems, Braille translation software, and applications for converting speech into avatar sign language (and vice versa). Ideally, the RFI said, these solutions would support all six official languages of the UN: Arabic, Chinese, English, French, Russian, and Spanish.

The same would be expected of neural machine translation systems. More specifically, the UN would like to find a system that can be customized and refined using training data from the domains the UN deals with regularly.
“Such features as adaptability (to specific user style and terminology of a specific domain) and interactivity (predicting alternative outputs based on the translator’s input) would be an advantage,” the RFI stated, adding that the system should “also support the revision of machine translation output, i.e. offer possibilities of bulk edits.”