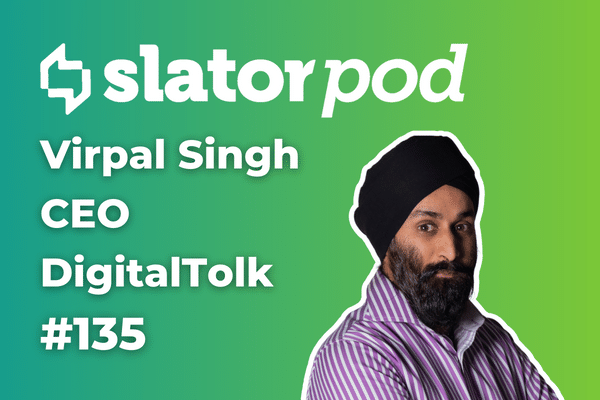 In this week’s SlatorPod, we are joined by Virpal Singh, CEO and co-founder of DigitalTolk, an interpreting services provider that uses technology and automation to help match interpreters to clients.

Virpal begins with his journey to setting up DigitalTolk; from studying computer engineering and electronics to entering the language industry with co-founder Leyla Sarac. The duo saw a gap in the Swedish market to meet the increasing language demand during the refugee crisis of 2015.

The CEO talks about the fragmentation of the interpreting market in Europe compared to the US because of the different laws and language barriers across national borders. He shares some of the technical challenges they have been solving with virtual remote interpreting (VRI) and helping customers identify use cases for VRI versus OPI.

Virpal discusses how they match supply and demand by having a stable back end, a user-friendly interface, and state-of-the-art technology, especially with emergency bookings. He gives his take on the competitive landscape when it comes to Microsoft’s recently released interpreting feature for Teams Meetings and new speech AI technology.

The pod rounds off with DigitalTolks’ plans for international growth in 2023. Virpal also unveils a pilot initiative targeted toward the healthcare sector, which will allow clinics to more efficiently manage canceled patient appointments.