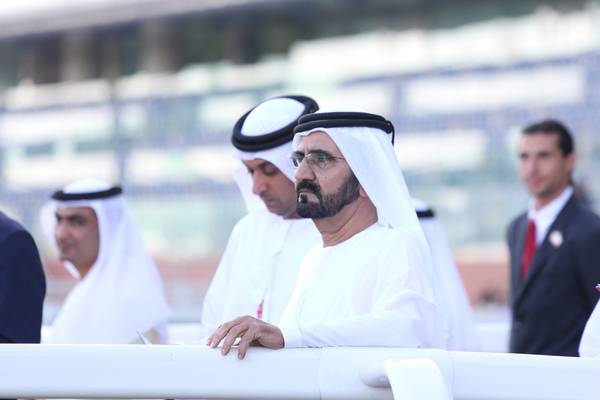 The United Arab Emirates is undertaking a massive translation project to make mathematics- and science-focused educational content available for free to 50 million Arab students by 2018.

“We want to provide a strong scientific material in mathematics and science for all Arab students, and the project is a first step in a long way to improve the reality of Arab education,” he was quoted as saying in an Arabic news report published on his website.

He said the content will be “Arabicized and reproduced according to the highest standards approved in the international curriculum.” Sheikh Mohammed stressed that mathematics and science are at the core of this e-learning initiative.

Translation of an extensive scientific curriculum at this scale would require a very large number of experts from the Arab-speaking world and the Sheikh is counting on volunteers — teachers, researchers, scientists, translators, technicians — to help the government pull the project off.

The report also explained that the educational videos cover tutorials and courses from kindergarten to Grade 12 for various subjects, including physics, chemistry, and biology. It also estimated that around 500 videos (requiring about 50,000 minutes of editing) will be done per month.

The educational videos will be reportedly provided by the US-based non-profit educational organization Khan Academy, which currently provides instructional videos in various subjects to millions of students around the world.

The government’s concern is understandable. An infographic published by Gulf News showed that “out of every one million Arabs, less than 230 are scientists. Only 1% of contributions to the research and development sectors are by Arab scholars.”

“The reality of education in the Arab world does not satisfy anyone,“ the Shiekh was quoted as saying in the same report. ”I believe in the exceptional abilities of Arab students once they have the resources, the means and the tools of modern education, and the examples are in the hundreds.”