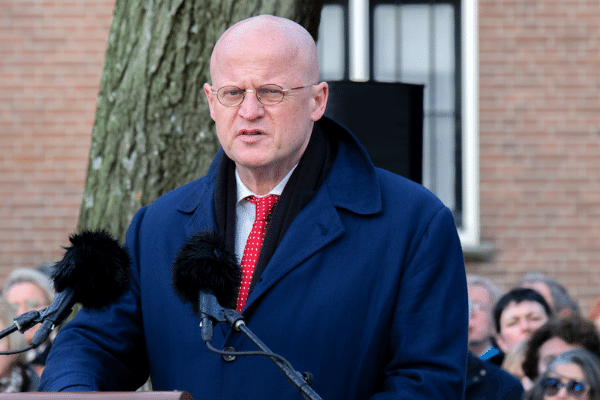 Dutch Minister of Justice and Security, Ferdinand Grapperhaus, seems to have thrown down the gauntlet to the over 1,500 translators and interpreters, who went on strike back in January to protest the way the Justice Minister was handling government contracts.

On May 19, 2020, the Ministry of Justice and Security published an advance notice of about 20 interpretation and translation tenders slated for release beginning October 2020.

The October call for tenders will include remote interpretation services for the Dutch Police, as well as interpretation services for the Judiciary and Probation Office, Council for the Protection of Minors, Dutch Council for Refugees, Nidos (for unaccompanied minor asylum seekers), Immigration and Naturalization Service, Central Reception of Asylum Seekers, and the Repatriation and Departure Service.

The Ministry stated that it will also publish at least a dozen more subsequent tenders “consecutively or simultaneously,” for interpretation (i.e., simultaneous, remote, or face-to-face) or translation services for the Police, Legal Aid Council, Public Prosecutor’s Office and the Judiciary, the Ministry of Economic Affairs, the Ministry of Health, Welfare and Sport, and the Ministry of Education, Culture and Science, among others.

The same notice stated that the Justice Ministry is “working on a renewed system for the quality, use, and procurement” of language services that includes “the renewal of the Register of Sworn Interpreters and Translators (Rbtv).”

Additionally, “by offering sufficient variety in tenders and by setting clear quality requirements related to Rbtv in all tenders, we aim to attract a wide range of tenderers,” the Ministry said.

“In Germany, for example, the authorities outsource per assignment. In the Netherlands, too, we want it to keep it that way” — Roemer Leushuis, freelance translator and interpreter

There are now two issues that have been brought to Minister Grapperhaus’ doorstep. First, the handling of Rbtv; second, the issuing of tenders rather than granting assignments to individual linguists.

As covered by Slator back in January, the Minister came under fire for allowing “less qualified” linguists to participate in the tender process. A petition directed at the Justice Minister has been up since December 2019 and, at press time, had garnered 3,333. Its aim, to demand that the Register of Sworn Interpreters and Translators only include those able to meet the current required language proficiency level (i.e., C1).

“The current manner of purchasing has, therefore, been assessed as unlawful by the State Audit Service” — Ferdinand Grapperhaus, Dutch Minister of Justice and Security

Furthermore, according to freelance translator and interpreter, Roemer Leushuis, a sworn translator from the petitioning group who has also gone on strike, they are protesting the October tenders because “the work only consists of very small parcels (individual assignments). So, legally, there is no obligation to publish a tender. In Germany, for example, the authorities outsource per assignment. In the Netherlands, too, we want it to keep it that way.”

In a letter (clicking downloads a file) to the House of Representatives, Justice Minister Grapperhaus defended his procurement approach by saying that the tenders were valid because the volume surpassed the threshold amount and “the current manner of purchasing has, therefore, been assessed as unlawful by the State Audit Service” — the current manner being where the courts hire an interpreter per case.

As for the Rbtv, Grapperhaus said, the tenders “provide strict support for the use of interpreters from the Register of Sworn Interpreters and Translators,” and for certain organizations that are obligated to do so, “the C1 language proficiency level [will be] maintained.”

Leushuis told Slator, “They maintain that they will be monitoring quality. We have our doubts, as they are going to let B2 level in.”

For Leushuis and fellow linguists who have gone on strike, the fight continues. “We’re refusing work (from the police and the courts) that comes through the agencies,” he said. “The Courts have practically done almost nothing lately, but are starting up again. Some of us are still accepting work from agencies. Regrettably.”

Asked how much longer he plans to refuse work, Leushuis replied, “Half a year, maybe. But they are pushing this through. I don’t know if six [months] will be doable. Still, many have other clients. I work part-time on a fixed contract, thank God.”