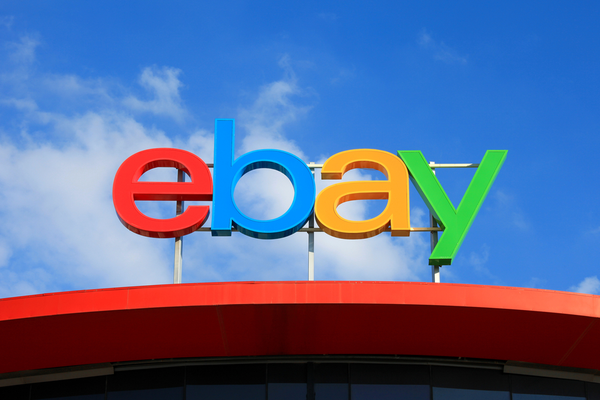 eBay is at the center of a cautionary tale when it comes to automated localization. Towards the end of April 2018, eBay sellers received an email about a new promotion the ecommerce platform was running in partnership with Webinterpret, an international ecommerce localization company that has been one of its partners since 2011.

The promotion was also advertised on eBay sellers’ Seller Hubs along with a sign up link.

The promotion for the program backfired, however, when seller complaints began piling up against eBay and its partner, Webinterpret.

The program allowed interested sellers to list their items on one or more of six international eBay sites: www.eBay.com.au, www.eBay.co.uk, www.eBay.de, www.eBay.fr, www.eBay.it, and www.eBay.es. Seller’s listings are automatically translated into the language of the target site, e.g. listings on eBay.com.it are translated into Italian.

Participating sellers were not required to pay listing fees (insertion fees and final value fees) for the first 3,000 listings on every site for 30 days—from May 1 to 31, 2018.

It essentially offered eBay sellers 18,000 free international listings for 30 days to see if they like it. Except, the promo backfired for some sellers who clicked the sign up link, leading to several complaints against eBay and Webinterpret.

eBay has since issued an apology to its sellers, saying a “technical error” occurred when the banner sign up link was clicked.

According to varied sources, from blogs to eBay forums to Twitter, the main complaints eBay sellers have voiced include:

One seller commented that “to return to a state of normalcy took 12-16 hours and I have a low listing count. If someone with 1000+ listings signed up, it would have taken several days to back it down.” Another seller wrote: “We have one copy of most items we list, and now we’re at risk of selling 6 of the ‘same’ item on multiple platforms at the same time.”

The online backlash to this issue has been going on for a few days. eBay sellers have taken to ecommerce blogs, Twitter, and the eBay Community forums to voice their concerns.

According to this eBay store owner a Webinterpret promotional link offered assistance reaching buyers in international markets. The seller clicked it to learn what it was about and was opted in – but claims he did not sign up https://t.co/fQecufiO53 #eBay #Webinterpret

@AskeBay We DID NOT sign up for your faulty @WebInterpret_En promo yet we’re having ALL our listings duped across multiple int’l pages WITHOUT OUR CONSENT. Your help desk acted like they had NO IDEA what’s going on. Every listing IS COUNTING AGAINST OUT LIMITS. FIX THIS.

@WebInterpret_En I have this on my ebay acct @askebay I would like it off as I don’t want my items being sent abroad. I’m not happy.

#webinterpret have no phone no . They don’t phone back if you leave a request and they have got me suspended from #ebay AVOID like plague

@WebInterpret_En I have just seen my ebay listings translated into other languages. Is this a joke? It’s complete gobbledigook!!!

Having so much trouble with #Webinterpret – they are costing me a fortune with listings on eBay that I don’t want. @WebInterpret_En

@eBay We DID NOT sign up for your faulty @WebInterpret_En promo yet we’re having ALL our listings dupEd across multiple int’l pages WITHOUT OUR CONSENT. Your help desk acted like they had NO IDEA what’s going on. Every listing IS COUNTING AGAINST OUT LIMITS. FIX THIS.

@WebInterpret_En I’ve unsubscribed my eBay store twice from your services but the listings will not stop appearing!! Help?!

@WebInterpret_En Hello, How do i remove your shitty software from my eBay account? Requested cancellation twice and items are still appearin

Although not all Tweets about the topic were negative:

The same furor can be found on the eBay Community. Some are calling the program an outright scam, and other are confused and irate about the situation.

Slator reached out to eBay and Webinterpret but has not received a response as of press time.

Webinterpret’s Chief Marketing Officer Herbert Knibiehly did speak to the ecommerce blog that broke the story, and offered to help sellers cancel their programs. He said only eBay can help with listing limits, however.

“Our goal is to allow sellers to easily test their potential for cross border trade,” Knibiehly reportedly told the blog. “We’ve been partnering with eBay on international programs for years and we’re committed to help sellers grow their business worldwide.”

However, apart from eBay’s apology sent via email, sellers claim that some of eBay’s support channels has been unresponsive regarding the matter, with the exception of Twitter.