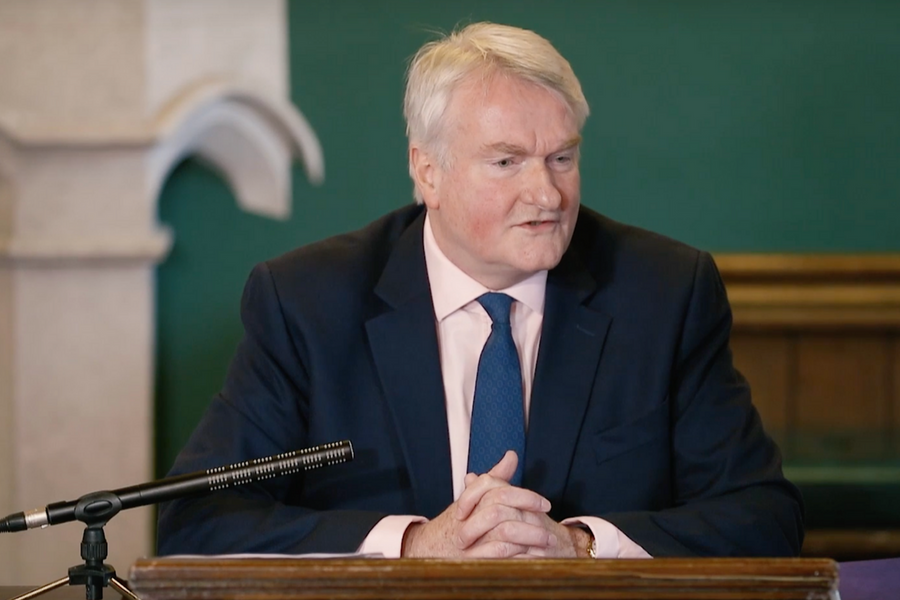 The top judge in England and Wales has joined the machine translation debate. And he is not mincing his words. Speaking on “The Age of Reform” at the Sir Henry Brooke Annual Lecture on June 7, 2018, the Lord Chief Justice (LCJ) of England and Wales stated “I have little doubt that within a few years high quality simultaneous translation will be available and see the end of interpreters”.

In his speech, the LCJ, Ian Burnett, also described current-state online instant translation as “the technological equivalent of the steam-engine” and “artificial intelligence that is the transformative technology of our age.”

He acknowledged, however, that the current ambition of “HMCTS [HM Courts & Tribunals Service] and Government is more modest but nonetheless important. It is to bring our systems up to date and to take advantage of widely available technology.”

The comment made by Lord Burnett of Maldon, who occupies one of the most senior judicial positions in the U.K., has been met with disbelief by some, with a number of industry professionals posting comments in response to an article published online by the Law Society Gazette on June 8, 2018.

One anonymous comment read “…I feel that the LCJ simply does not have the slightest understanding of what interpreters do, or the difficulties they face, in the real world.” Another contributor said that “it is astonishing and very seriously worrying that any member of the judiciary, let alone the LCJ, can seriously think that a computer will in the foreseeable future, or even ever, be able accurately to translate the fine nuances of a legal argument or evidence.”

Interpretation services for the HMCTS are currently provided under a four-year MoJ contract worth GBP 232.4m (USD 289m), which thebigword took over from Capita TI in late 2016.

Slator reached out to language service provider (LSP) thebigword for comment, and CEO Larry Gould responded by agreeing on the one hand that “it is right to say that machine translation and AI are transforming the language sector, as they are many other parts of the economy.”

He continued in explaining that, “our experiences have taught us that AI still has a long way to go in being able to deliver the subtleties and nuances of language. At the moment these can be lost very quickly with machine translation, and this could have a big impact on access to justice and law enforcement if it is rushed out too fast.”

“(…) this could have a big impact on access to justice and law enforcement if it is rushed out too fast” — Larry Gould, CEO, thebigword

For an interpreter’s perspective, Slator also contacted Dr Jonathan Downie PhD, AITI, whose PhD was on client expectations of interpreters. Downie told us that “The Lord Chief Justice has done all interpreters a favour by raising the issue of machine interpreting and showing how persuasive the PR around it has been. He is also right that legal Interpreting is ripe for technological change.”

“We do have to remember however that so far the lab results of machine interpreting have been shown to be irrelevant to real-life. The Tencent fiasco with machine interpreting at the Boao Forum this year taught us that lesson, as has almost every public trial of the technology outside of basic conversations.”

“We do have to remember however that so far the lab results of machine interpreting have been shown to be irrelevant to real-life” — Dr Jonathan Downie PhD, AITI

“It may be meaningful that my challenge to machine interpreting companies to put their technology on trial at a realistic conference has been met with deafening silence. Could it be that they are not as convinced by their PR and marketing as the Lord Chief Justice seems to be?”