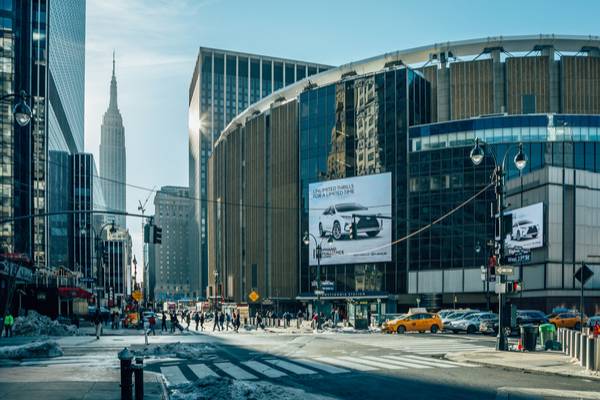 In late May 2017, one of the larger language service providers (LSPs) in the United States changed hands. Morningside Translations, a New York-headquartered LSP that focuses on IP, patent, legal, and other regulated industries, was acquired by a group of individuals led by now co-CEOs Tom Klein and Roland Lessard.

Founded 17 years ago by Josh Eisen and three other partners, Morningside has generated USD 41m in revenues over the past 12 months, according to the new owners. In an exclusive interview, Klein and Lessard told Slator they held off on announcing the transaction until now because they wanted to ensure a smooth transition for staff and clients.

The Engineer and the Banker

Mergers and acquisitions have been red-hot in the language services industry for the past two to three years with new deals announced weekly. But what makes this transaction different from many recent deals is that Klein and Lessard are from outside the language industry. They have taken over Morningside as operators, and not as purely financial investors.

The two have divided up their responsibilities. Lessard, a Connecticut native with a background in engineering, manages operations and related areas. Klein, who started his career at Goldman Sachs’ investment bank, has a more sales-focused, client-facing role.

Lessard and Klein met nearly a decade ago when they were both working at background check company Sterling Talent Solutions. “Roland and I both served on the executive committee at Sterling,” Klein says. In 2009, “the company was around the same size as Morningside is today, and we grew it to USD 400m before we left,” Lessard adds.

Some of that growth came from acquisitions. Klein ran Sterling’s corporate development function for three years and says the company acquired about seven companies during his tenure.

In the middle of 2015, Sterling was bought by Principal Investment Area, Goldman Sachs’ private equity arm. Klein says the sale was a “logical time to leave” and move on and try new adventures.

Talking to over 50 LSPs

The two partners saw that the language industry offered strong fundamentals. As Lessard explains, “We felt very strongly about the macro tailwinds driving the growth of the space — everything from the explosion of digital content to mobile internet adoption to the globalization of the world, and then where translation services is in the product life cycle.”

“We felt very strongly about the macro tailwinds driving the growth of the space” ― Roland Lessard, co-CEO, Morningside Translations

After deciding on language services as their target industry, what followed was an exhaustive process to identify and vet a suitable company to acquire.

“We spent the next year meeting with owners and ended up talking to over 50 LSPs and a couple dozen industry experts, really diving in head first. That was a very significant effort to really try to get up to speed and get smart and decide how and where to play in language services,” recounts Klein.

Competition for LSPs with a certain scale has become intense over the past two years, with both strategic buyers and private equity firms alike competing for companies in the USD 20m to USD 40m range.

While the co-CEOs did not disclose whether the Morningside process was competitive, Klein shares that they liked the company for its industry vertical mix and growth track record. According to Klein, Morningside’s compounded annual growth rate has been close to 30% annually over the past five years.

“We ended up talking to over 50 LSPs” ― Tom Klein, co-CEO, Morningside Translations

Morningside has traditionally been strong in industries such as intellectual property, patents, and legal, where demand is often determined by regulatory requirements. Klein says they are also building out their life sciences business and do a significant volume of work in e-learning.

Exposure to regulatory industries has been sought after in recent years as demand from large enterprise IT accounts faltered with Lionbridge acquiring CLS Communication as early as 2014. Welocalize, RWS, and others are also looking for growth in those markets.

Klein is confident that growth in areas such as legal (e.g. cross-border litigation, international arbitration) or the life sciences (e.g. medical devices) is set to continue.

Geographically, Morningside is centered in the United States and has sizeable operations in Germany and Israel. When asked about Morningside’s top five target languages, Lessard lists Japanese, French, Chinese simplified, Spanish, and German.

In terms of translation management and productivity tools, Morningside chose to buy instead of building and deploys a combination of Plunet as TMS and memoQ for translation productivity.

But like so many other LSPs, Lessard says they are open to using other tools if a client requires it. “I think being a one-trick pony when it comes to a MT or TM offering is a big mistake. We feel that you have to have the ability to connect to many,” he says.

Morningside sources from both individual freelance translators and single-language vendors.

Does the rapid progress in machine translation and related language technologies worry the two co-CEOs? Do they see machine translation as a threat, in particular in a vertical like patents and IP, where there are troves of well-structured reference corpora which neural MT models can feed on?

While Klein acknowledges that certain technical content in IP may be vulnerable to competition from pure MT, he stresses there are many areas that will continue to require human expert translators in the foreseeable future. “There are many elements in IP that are extremely challenging and where word ordering and syntax is unbelievably important,” he says.

How does the CEO duo plan to develop the company going forward? Lessard says their growth strategy is based on four pillars: pursuing organic growth; introducing new products and services into existing segments; seeking channel partnerships in areas such as e-discovery, forensics, or litigation support; and, doing acquisitions. On acquisitions, Klein says “the way we capitalized the business [we have] plenty of ability to do bolt-on acquisitions when desirable.”

Unlike a financial investor who typically has a four- to six-year exit horizon, the two co-CEOs, both in their late 30s, are not planning to flip the company any time soon. “This is definitely a long game,” Lessard says.

Perhaps making a dig at crosstown rival TransPerfect, Klein adds that he and Lessard “have a lot of faith in each other, and we trust each other. The co-CEO model doesn’t work everywhere.”

To grow the business, the two operators have their work cut out for them. With no significant proprietary technology, they will have to make smart acquisitions and invest in their sales force to gain market share in their core verticals.

They will also have to increase the company’s international presence and plant more flags on the map if they want a seat at the table in large RFPs issued by big global buyers. This will require a significant investment in technology and in people and take up precious management time.

The competition will be watching closely.