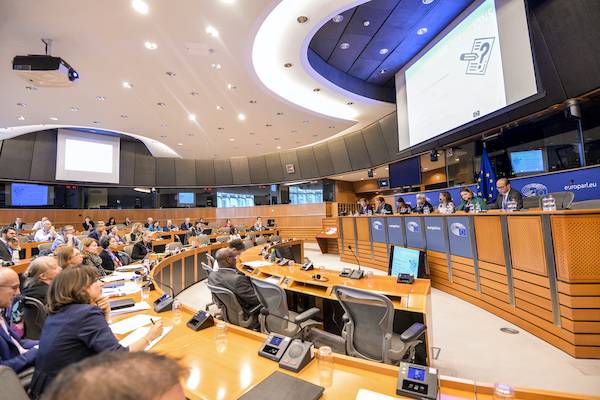 Over 50 language service providers (LSPs) can look forward to starting 2020 with a high volume of work for a large-scale European Union translation contract.

As Slator reported in March 2019, the translation services contract, which was divided into lots by target language, originally covered translation into 19 languages from multiple source languages. According to the most recent notice, however, no contracts were awarded for translation into Irish, possibly related to the continued struggle to find enough Irish linguists.

In all, the DGT received a total of 186 tenders for the lots, excluding Irish, and anywhere from five to 20 would-be suppliers bid for each lot. The stakes were high for tenderers, with an initial estimated volume of 609,000 pages up for grabs; maximum number of pages per lot ranged from 18,000 (into English) to 38,500 (Dutch and Italian). The contracts commence in January 2020, are tacitly renewable annually, and last a maximum of five years.

The majority of the lots involve translating text from five source languages (English, French, German, Italian, and Spanish) into the relevant target language. In the case of English and French, suppliers will be required to translate from 23 and 21 source languages, respectively.

Each individual lot is worth well over a million euros and, at a value just north of EUR 7m over the course of five years, Danish is by far the biggest.

Back-of-the-envelope calculations based on maximum pages per lot and contract values place the average price per page at around EUR 21-22 across all languages.

All of the lots, with the exception of Lithuanian and Maltese, were awarded to one or more alternate suppliers in addition to a primary (“main”) supplier.

Czech LSP Milan Havlin Presto was selected as the main supplier for Czech and Slovak, and as an alternate for Latvian. Iolar Informatika v Besedi, based in Slovenia, will handle Bulgarian and Slovenian. Lionbridge won the Danish and Hungarian lots.

Another company celebrating news from the DGT is incumbent translation productivity (CAT) provider SDL. SDL beat off four rival LSPs to win the CATE 2020 contract, at a value of around EUR 10.2m (USD 11.4m). This contract, awarded on December 27, 2019, is for an initial period of two years, renewable three times with a maximum duration of eight years.

Editor’s Note: A previous version of this article stated that the contract duration was two years and contained incorrectly calculated figures for the estimated price per page.