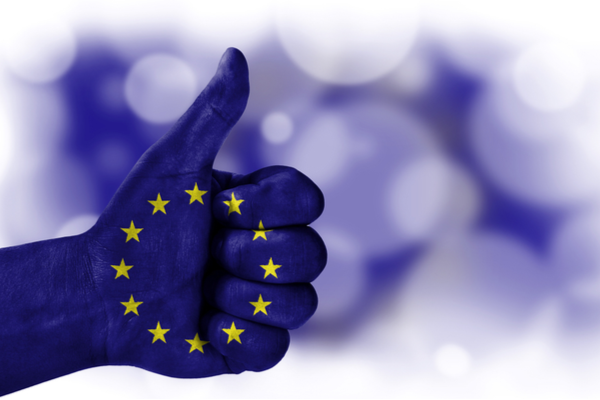 In the world of simultaneous interpreting, the physical presence of the interpreter on location has, until very recently, been a prerequisite. Over the past three years, however, the rise of remote simultaneous interpretation (RSI) has begun to challenge this decades-old modus operandi. And the interest in web- and app-based platforms has continued to rise. RSI provider Interprefy’s valuation recently doubled to CHF 21m following a fresh funding round, for example.

As the buzz around RSI gets louder, policymakers have begun to take notice. In late 2018, an ISO working group began work on developing an ISO document for simultaneous interpreting delivery platforms. The European Commission’s Directorate General for Interpretation (DG SCIC), which is heavily involved in the ISO working group, decided to run tests on interpreting platforms; the results of which would inform the future ISO document. The test results and analysis were published on July 17, 2019.

According to the results and analysis document, the DG SCIC had “no knowledge or experience of the platforms’ features and possibilities” prior to the tests and wanted to collect user feedback to make recommendations and provide input to the ISO working group. The tests were carried out in April and May 2019 ahead of an ISO working group meeting.

“The testing showed that, in principle, interpreting platforms can be used to provide interpretation services” ⁠— European Commission Directorate‑General for Interpretation

Using laptops, a WiFi connection, headsets, and built-in laptop cameras, the tests focused on the interpreters’ experience in using the platform, and took into account elements such as ease of use, audio and video quality, and interfaces. No technical measurements were recorded.

The SCIC tests identified some differences between the platforms. Generally, “the platforms and their features are assessed as being quite different,” the test results said. “Two of them are praised for their completeness, with many functions, which are also available on traditional interpreter consoles. The two other ones have fewer features, which can help interpreters focus more on their work. This question needs to be addressed as part of the standardisation work.”

The test results also record observations about the different platform interfaces; for example, that “the look of one of the platform’s interfaces resembles an interpreter’s console, offering a sense of familiarity. As it is mostly in black and grey tones, it is less tiring to the eye for some. Others find it confusing that the interface suggests buttons, which then operate quite differently from a hardware control button.”

Within the sound-quality tests, interpreters generally “did not consider that the audio was comparable to audio transmitted by a traditional system.” The tests also found that “the difference in the sound level between the different sources (speakers, other interpreters) is disturbing, both for interpreters and listeners.”

The test results highlighted the handover feature offered by the platforms, which allows one interpreter to handover the mic to a second interpreter, and found it to be “indispensable for interpreters when they are not located together.” Nonetheless, some interpreters found the function “not intuitive enough.”

The SCIC made several conclusions as a result of the testing, and identified a number of elements they say will need to be included in the eventual ISO documentation, such as which basic features to display to interpreters and which images to make available. Security and data protection considerations are also “paramount” and need to be “further investigated,” the results said.

Overall, the tests revealed that “in principle, interpreting platforms can be used to provide interpretation services.” Specifically, “the platforms might be usefully deployed in short meetings with reduced language regimes, such as meetings with two languages, and when the meeting participants are not located at the same place, and/or the interpreters do not have to or cannot be onsite.”

Moreover, the SCIC advises, “in well-defined cases and circumstances, this technology might enlarge SCIC’s palette of services — beyond the core business of conference interpreting in multilingual meetings — perhaps satisfying a hitherto hidden demand.”

It is this hidden demand that the remote simultaneous interpreting platforms hope to tap into. Rather than being a default replacement for all face-to-face interpreting, RSI is creating a new market for interpreting where there previously was none; thanks to the fact that it lowers cost and removes the need for speakers, participants, and interpreters to be colocated.

As the SCIC test results phrase it, “distance interpreting allows interpreters to provide interpretation services in situations where in the past such service would have been either unaffordable or technically impossible.”

For an inside look at how European Union interpreters work, check out this July 18, 2019 Troublesome Terps podcast.