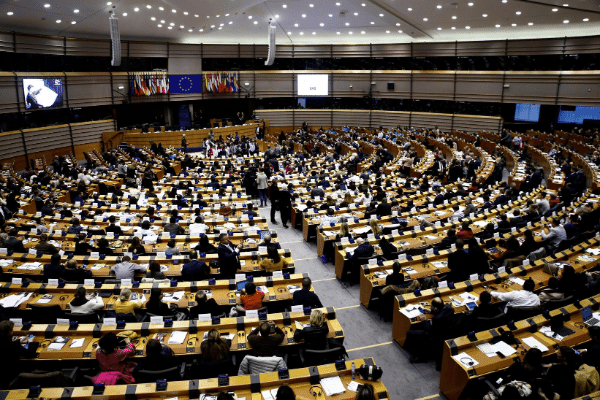 “Within the next 12 months, the Italian consortium will release a prototype to be tested by the European Parliament together with the other two solutions selected as per the rules of a specific call for tender,” the same announcement stated. The EU will then confirm the best-performing tool as official for the next two years.

“The EU Parliament may add up to two other solutions to test in parallel during the first year. We don’t know if there are other companies involved as of today,” Simone Perone told Slator. Perone is VP of Product Management at the LSP. The consortium did not receive any grant to develop the prototype, Perone said.

Sources close to the matter state that other consortia were also selected by the European Parliament, to be named at a later date. (Read details on the full set of winners published on September 4, 2020 here.)

He said that the model “will provide in real-time all the translated transcriptions in 24 languages,” which can be accessed through desktop, mobile, or customized device applications. “Furthermore, those data could be used to guarantee full transparency to all European citizens, providing localized visibility to all the debates of the Parliament,” Perone added.

Asked where the humans (e.g., the EU’s court interpreters) sit in the loop developed by the LSP, Perone replied that Translated is “focused on building technology to empower humans, rather than replace them” and, therefore, “professional translators [will be able to] correct the translations as they are produced, and the model will adapt in less than a second.”

He said the model will “improve as the parliament session progresses” and it gains more context; and that it is a document-level rather than a sentence-level translation system. Research has long ago shown that document-level systems have a better chance of achieving contextual translations, if not human parity.

According to the Translated VP, “To our knowledge, this is the only human-in-the-loop system that is capable of leveraging context and backend users feedback to adapt the output in real-time (<1sec). This was the result of two EU-funded research projects led by the partners, MateCat and ModernMT.”

This article was first updated on August 7, 2020 to include the selection of other consortia, which the European Parliament had not as yet named. The full set of winners has since been published.