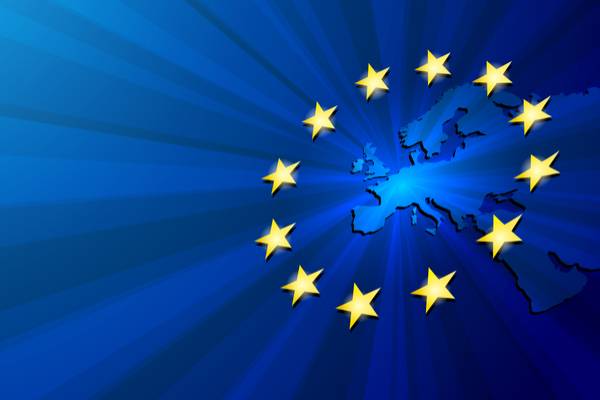 Barely a month into the new year, the Translation Centre for the Bodies of the European Union (Translation Centre) has already published two calls for tenders: one in the legal field valued at EUR 5.6m (USD 6.5m) and another one in finance and banking worth EUR 2.4m (USD 2.9m).

This early, the pipeline of translation work looks robust for the linguistic shared service provider for the EU agencies and bodies, which deliver over 750,000 pages of translations on average every year to its clients.

Thierry Fontenelle, Head of the Translation Department of the Translation Centre, told Slator in an email interview that the Centre translates “a wide range of material for its 65 clients, including activity reports, guidelines (e.g. in the financial supervision field), work programs, websites, leaflets, brochures, press releases, scientific opinions and, since 2015, subtitles on videos.”

The Centre’s biggest client, so far, according to Fontenelle, is the European Union Intellectual Property Office (EUIPO), located in Alicante, Spain, which deals with the registration of EU trade marks and designs.

While the Centre’s Translation Department chief sees a significant increase in demand from EU agencies clients in 2017, he emphasized that “based on experience, the estimated revenue for the next few years is subject to change, depending on clients’ actual needs and their available budgets.”

“Nevertheless, there continues to be a strong need for EU agencies to communicate with citizens in their own languages in order to facilitate a better understanding of the EU,” he explains.

These documents, according to Fontenelle, are predominantly in English. Other top source languages are German, Spanish, French and Italian. Most clients request to translate into English, followed by French, German, Italian, Spanish and the various other EU official languages.

The Centre also translates from and into non-EU languages such as Norwegian, Icelandic, Turkish, Russian, Arabic, and Chinese. He adds, “Following the engagement of the EUIPO with its international partners, we will also provide translations for newly created terms entering the EUIPO’s Harmonised Database (covering new classes of goods and services as well as new product indications for designs) into non-EU languages such as Bosnian, Serbian and Macedonian initially, as well as possibly into Georgian, Icelandic, and Norwegian.

The Translation Centre has over 110 in-house translators covering the 24 official languages of the European Union, but the majority of translations are outsourced to external contractors.

“Our in-house translators then assess and revise the outsourced translations. Our business model is based upon extensive outsourcing followed by an in-house quality assurance process since we do not have the capacity to translate all documents internally,” he explains.

The contracts are awarded to language service providers (LSPs) based on the criteria set out in the tender specifications.

“The outsourced translations are assessed and revised internally by our in-house translators prior to delivery to our clients,” he reveals. “The revision process also allows us to dynamically re-rank our external contractors to make sure that the best ones appear at the top of our lists of framework contracts and are given priority when we outsource our translations.”

To deliver three-quarters of a million translations per year, the Translation Centre obviously needs technology.

“Our translators use an off-the-shelf computer-assisted translation tool, which we have procured via an EU interinstitutional call for tenders (SDL Trados Studio). Our IT Department has developed a customized in-house workflow management tool, eCdT. We integrated SDL WorldServer into our workflow tool to manage translation memories and automate a number of pre-processing tasks,” Fontenelle explains.

“The revision process also allows us to dynamically re-rank our external contractors to make sure that the best ones appear at the top of our lists” — Thierry Fontenelle, Head of the Translation Department, Translation Centre

In-house translators are also involved in creating client glossaries, which are fed into IATE InterActive Terminology for Europe (IATE), the joint terminology database for all the EU institutions. In 2018, the Centre will deploy an updated version of the database.

“Since terminology is frequently mentioned as an issue in discussions around the linguistic quality of translations, it is crucial to ensure that the specialized terms included in the documents to be translated are properly recognized during the translation process,” says the Translation Department chief.

While the Centre does not yet use machine translation, he says they contribute to the development of the MT system developed by the European Commission’s Directorate-General for Translation —  MT@EC, a statistical system, and eTranslation, which uses neural-based translation engines).

“The Centre is working towards integrating these systems into our workflow so that proposals suggested by these MT systems will be made available to our in-house translators when our translation memories do not yield useful matches,” he says, adding that since the quality of the MT output cannot be guaranteed, it is clear for now that the “MT output will still require a thorough revision and post-editing of the translation.”

Fontenelle reveals that an increasing number of EU agencies are interested in publishing videos about their activities on YouTube, Facebook, and other social media. Hence, the volume of subtitling work at the Centre has gone up since it introduced the service in 2015.

“For 2017, almost 2,500 minutes of subtitling were produced for nine clients, so the evolution is very clear. Considering the cost of producing certain videos, it is important to ensure that they are widely distributed and easily accessible by citizens in the various EU languages,” he says.

He adds that EU agencies also use subtitling to reach a larger target audience and for accessibility purposes.

“A video in English with English subtitles has the following advantages: the hearing-impaired can access it,  non-native speakers are more likely to understand all the content, and there is no need to turn on the sound to watch it which can be useful in certain circumstances,” he explains further.

Machine Translation Not a Threat

Industry watchers are one in saying that the language services world continues to consolidate and with the continued advance in machine translation technology, some translators see narrower options ahead.

Fontenelle, an accomplished translator and interpreter himself, who has a Ph.D. in Linguistics from the University of Liège and has worked for the European Commission, NATO Maintenance and Supply Agency (NAMSA), and Microsoft, has this to say: “Rather than a threat, I would see it (MT) as an opportunity. Due to the advent of MT, the profile of translators is changing since they must spend more time on revising and post-editing pre-processed, pre-translated documents.”

He emphasized that it is also important for translators today to know the potential of the technology they use, its usefulness and also its constraints and limitations.

“The documents we receive are more and more specialized (linguistically speaking), and also more and more complex (technically speaking) –  e.g. PDF files with infographics, embedded files, images, and tables, which require a lot of technical manipulations before the real translation work can even start. All this means that our translators and translation support staff need to acquire more and more technical skills and need to keep abreast of technological developments to make the best use of the sophisticated tools made available to them,” he explains.