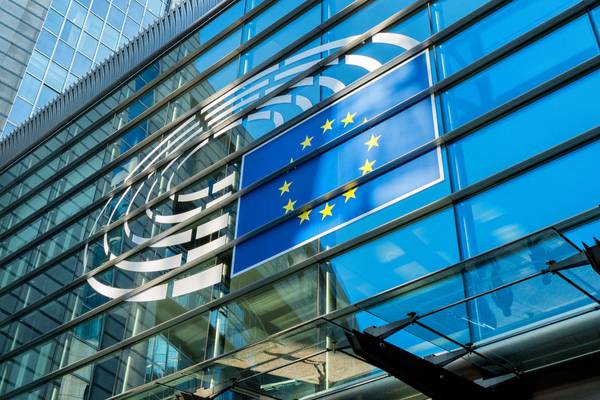 The Translation Centre for the Bodies of the European Union (CdT), the provider of linguistic shared services to EU agencies, translated nearly three quarters of a million pages in 2016. Demand is stable and the Centre’s budget is projected to reach EUR 47.7m by 2018.

Perhaps surprisingly for those not familiar with EU translations, EU trademarks constitute the bulk — 457,564 pages or more than 60% — of translation work at the Centre. The remaining 289,401 pages (38.7%) were documents translated for dozens of different EU agencies and bodies.

The annual report noted, however, that a new pricing structure went into force on January 1, 2017. Driven by the continued increase in translation work over the years and the still expanding client base, the Centre has had to adopt new schemes to support demand. Aside from the pricing structure, there’s also a new technology workflow management system.

“The new pricing structure is a real breakthrough since, for the first time in the Centre’s history, it enables our clients to benefit from the savings and the enhanced linguistic quality resulting from the use of our translation memories,” Máire Killoran, Director of the Translation Centre, said in the report.

While the report did not elaborate on the new pricing structure, the preliminary budget document details the price of translation per page at the Centre in 2018, which averages EUR 82 for ordinary documents (i.e. not scheduled or urgent) and EUR 34.5 for trademarks. Video subtitling, which was introduced only two years ago, will also cost EUR 41 per minute. In 2016, the Centre finished subtitling 1,219 minutes of video for five clients.

All Those Trade Marks

The Centre’s annual report reveals that the biggest volume of translation work is coming from (as it did in the past 10 years) the European Union Intellectual Property Office (EUIPO), which had the Centre translating 79,404 pages in 2016.

The EUIPO manages EU trade marks and works with Intellectual Property (IP) offices of the EU member states and international partners. It registers almost 135,000 trade marks on average every year.

Of the Centre’s projected EUR 47.7m budget in 2018, EUR 41.8m will be coming from agencies and bodies that request translation services from the Centre, EUR 0.778m will be generated from its activities on interinstitutional cooperation, and EUR 0.72m from other sources.

The document noted that the projection is based on information provided by its clients. Based on these disclosures, only the EUIPO and the European Commission have projected an increase in translation volume worth over EUR 0.2m.

The EUIPO forecasts a minimal increase in translation expenditure for trademarks and other services in 2018. The preliminary budget noted, however, that compared with the total revenue received from EUIPO in 2016, their forecast for 2018 is 3.4% higher.

For the Commission, the increase is EUR 0.5m, the main reason being the forecast from the Commission’s Directorate-General for Justice and Consumers (DG JUST). The Centre signed agreements with three new clients in 2016.

The CdT which provides language services in the 24 official languages of the EU and in non-EU languages on demand, had an unbroken growth in translation volumes since it was set up by the EU Council in 1994. It started 2017 on fresh footing with the board approval of Strategy 2016-2020.

On the expenditure side, EUR 26.2m is earmarked to pay for the CdT’s 195 staff, a slight increase over the 2017 budget. Operational expenditure, which covers the cost of outsourcing translations to LSPs and other third-party services, is budgeted to drop by 7% to around EUR 14.9m.