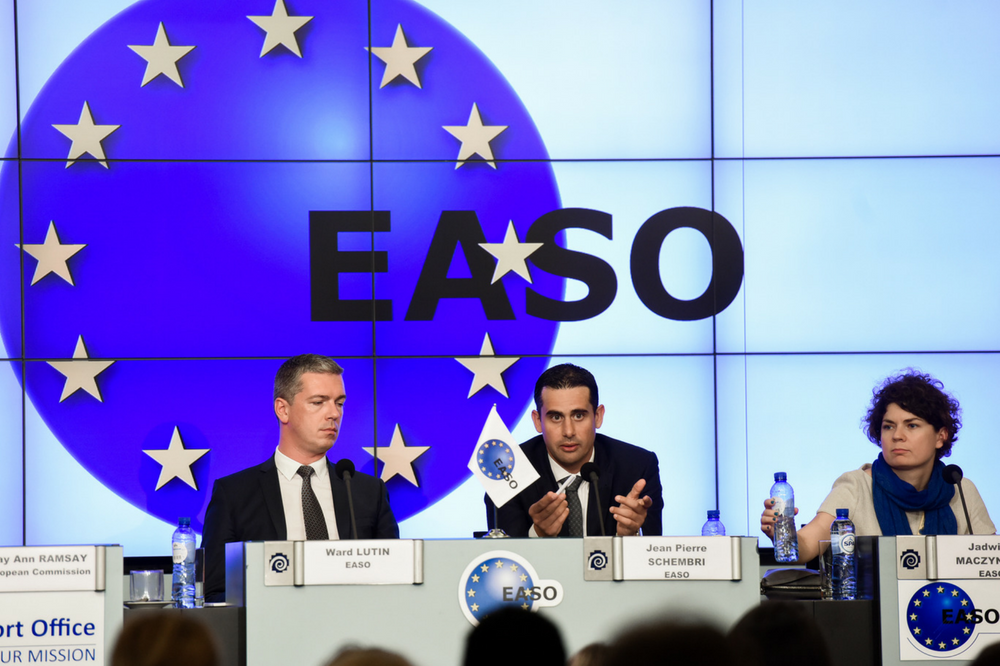 Europe’s migration crisis is far from over, but the European Asylum Support Office (EASO) has reported a significant decrease in applications for asylum and international protection since its peak in 2015 and 2016. Still, as of June 2018, EASO said there were 420,238 applications awaiting a decision.

Interpretation and cultural mediation are essential for running the daily operations of the EASO, whose staff need to communicate with hundreds of thousands of asylum seekers and various stakeholders in all 28 EU member states.

Hence, the EASO announced a new call for tender on August 28, 2018  for the provision of interpretation, cultural mediation and remote interpretation services valued at EUR 94.7m (USD 110.7m).

The EASO said the work of interpreters is also crucial in providing support and social assistance to vulnerable people within the migration and asylum context.

The framework contract is divided into four lots for a maximum duration of four years to commence in December 2018. The opening of tenders is set for October 5, 2018.

The EASO launched a similar call for tender in 2016. Framework contracts divided into five lots and valued at EUR 63.5m (USD 74.1m) were eventually awarded to nine language services providers.

The contracts were for the provision of high-quality interpreting and cultural mediation as well as rental of interpretation equipment.

As the EASO explained in the tender document, multiple contracts were awarded for each of the five lots, with the LSPs rated in “cascade” or ranked in order of priority. All contracts were for a maximum of four years, commencing in December 2016.

In the 2018 tender, the EASO said it is “going to explore the use of remote interpretation services in order to increase cost efficiency and introduce this know-how for all member states, based on a pilot project.”

The EASO specified in the tender document that it is looking to procure remote interpretation services “in particular in the form of telephone and/or videoconference interviews.” It said this would cover short-term needs which cannot be covered by interpreters or when deployment on the ground is not efficient.

However, since “parameters of internet lines” and “strength of signal” may vary significantly across different locations, the EASO requires that technical solutions and arrangements for the service shall be specified in the tenderer’s technical offer, including “secure, effective and high-quality audio and video interviewing tools.”

Lot No. 3, though valued only at EUR 19,000 (USD 22,000 ), is also for interpretation and cultural mediation services for EASO operations in France, Malta, Portugal and Spain.

All three lots will have a contract duration of 12 months, subject to renewal up to 3 times, each time for 12 months, for a total maximum duration of 48 months.

Occasionally, EASO also deploys interpreters/cultural mediators to Bulgaria (within the offices of the local authorities or reception centres).

These numbers, however, are not representative of the expected volume of the services during the entire duration of the contract, which will depend on operational needs, according to the EASO.