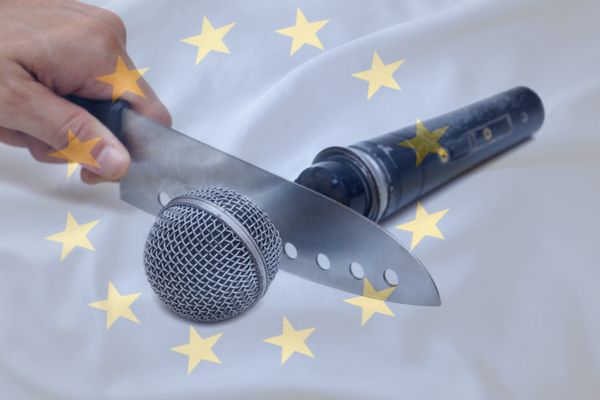 In mid June, a cohort of 300 interpreters planned to take strike action at the European Parliament (EP) to demonstrate their opposition to changes to working conditions, which they feel are unfair and were introduced without consultation.

One of the interpreters’ main gripes is that EP management wants to increase the time spent in the interpreting booth to eight hours from the current seven hours. However, EP interpreters are already interpreting more hours than at the UN “where they have six hours with a quarter of the languages that we work from and into here,” and they have also suffered cuts (81 staff interpreter posts have been axed since 2002.)

The actions of the EP management in requisitioning the interpreters, i.e. summoning them back to work in response to the strike, only added fuel to the fire, prompting a number of MEPs to call the reaction “unacceptable” and “polar opposite of what our values should be”.

Now, a group of MEPs have taken matters into their own hands. In a display of solidarity for the interpreters’ cause, more than 10 MEPs disrupted a meeting in Strasbourg earlier this week, according to a report by France24. They succeeded in cutting off power during the EP’s plenary session on Tuesday July 3, 2018, meaning that the interpreters’ mics did not function for about half an hour.

Speaking before the Employment Committee on June 19, 2018, spokesperson for staff interpreters Roberto Aquino had called for a resolution to the disagreement “before summer because it has been dragging on for too long.” Now MEPs have entered into the fray, calling for interpreters’ demands to be heard.

Edouard Martin, MEP, France Parti socialiste, posted a series of videos on his Twitter account, documenting yesterday’s plenary session ambush using the hashtag #NoRequisition. He has also announced the creation of a transpartisan and transnational intergroup in defense of the rights for workers within the EP.

According to The Parliament Magazine, “European Parliament President Antonio Tajani will this week be called on to mediate in a long-running dispute on working conditions for interpreters following the collapse of talks with the institution’s administration,” in an effort that he hopes will assuage tensions.