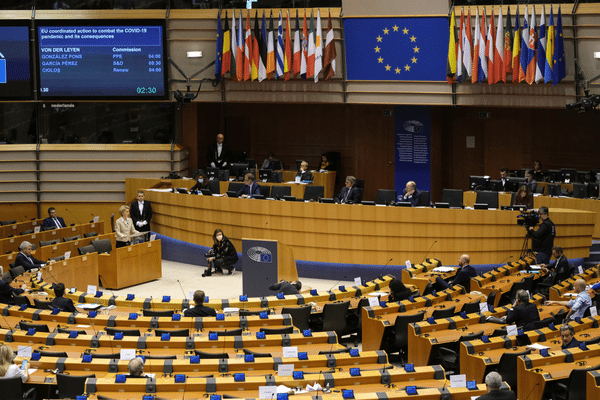 DG TRAD organized the March 2021 call for tenders, with a May 2021 deadline, on behalf of several European institutions, including the Council of the European Union, the European Court of Auditors, the European Economic and Social Committee, and the Committee of the Regions.

While the original notice sought LSPs to translate monolingual and multilingual source documents from English, French, German, Italian, and Spanish into nine of the EU’s languages, the lot for one target language — Irish — was left noticeably unassigned.

The European Union has struggled for years to fill vacancies for Irish translation posts in anticipation of the Irish language’s derogation status expiring in 2022; at which time Irish will become one of the EU’s official and working languages. The award notice did not indicate whether any LSPs submitted tenders for the estimated 25,900 pages to be translated from English and French into Irish.

Tenders were evaluated based on price and on performance in a translation project management test; the latter weighted twice as much as the cost. The framework agreement is set to last at least 12 months, until the end of 2022, with two possible extensions for a total of three years.

Divvying Up the Work

Lots for only two languages were awarded to single vendors. Lithuania-based LSP Alumnus will handle 34,800 pages of Lithuanian translation for EUR 1.67m while IOLAR, based in Slovenia, was named to Slovene, the most valuable lot — 29,800 pages to be translated for EUR 2.1m.

In all other cases, where multiple LSPs were listed, it is not clear how the work will be divided. IOLAR is one of the biggest potential winners, considering that it was named not only to the Slovene lot but also to the lots for Bulgarian and Croatian; the three are worth a combined total of EUR 5.7m.

Two Greek LSPs also stand to gain considerably: Intertranslations, named on the Croatian, Polish, and Spanish lots, for up to EUR 4.85m; and Orco, named on the Romanian and Spanish lots, worth up to EUR 2.69m total. This continues a winning streak for both LSPs, which are already working on multiple lots they scored as part of a massive DG TRAD contract awarded in July 2020, scheduled to wrap up in 2024.