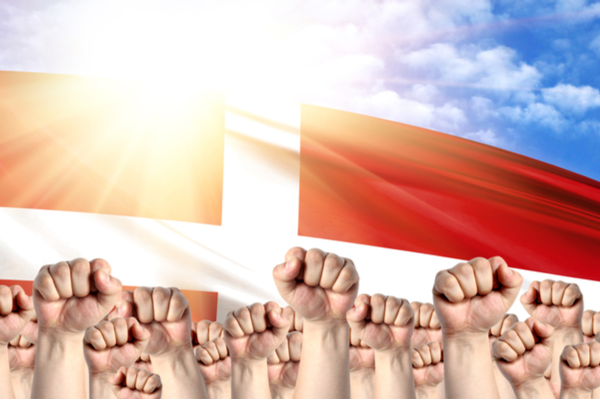 Slator has followed public sector contracts in Denmark ever since the Danish government announced it would award a massive, collective tender to a single language service provider (LSP) in March 2018.

By November, Danish LSP EasyTranslate had landed the USD 80m contract, which, as previously mentioned, was one of the language industry’s biggest public sector contracts of 2018. The four-year contract combines all language requirements from Denmark’s Ministry of Justice and Ministry of Immigration and Integration, with the Danish National Police leading the tender process. As EasyTranslate Co-founder Frederik Pedersen pointed out to Slator at the time, language services for those ministries had never before been privatized.

It has been a rocky state of affairs in Denmark from the time EasyTranslate was announced as winner right through the contract’s official start date on April 1, 2019, with hundreds of linguists signing a petition in protest over the lower fees offered them under the new contract. (The petition had garnered close to 700 signatures at press time.)

The latest development: hundreds of interpreters have reportedly discussed a boycott of EasyTranslate.

Now, the question arises, if a group meets to discuss a boycott against an LSP, can they be charged with violating Danish law? It is possible, according to a professor on competition law from the University of Copenhagen.

An August 22, 2019 article in the Danish newspaper Berlingske quoted University of Copenhagen Associate Professor Christian Bergqvist as saying, “If meetings have been held aimed at a joint boycott, all participants can be judged to have contributed to the formation of a cartel.”

Bergqvist explained that such a boycott by the interpreters would be “reminiscent of cartel formation, which is a serious violation of the Competition Act.”

Furthermore, even if a trade union organized meetings aimed at a boycott by the interpreters, it will be the interpreters themselves who shall still be liable under the law as most of them are independent, the same Berlingske story pointed out. “However, the trade union contributed to the illegality and, therefore, their responsibility may become relevant,” the article added.

Berlingske reported that the minutes of a meeting held on February 3, 2019 at trade union HK’s offices showed that the interpreters “were planning to stay away, as it was hinted that ‘it will only take 1-2 weeks for things to go wrong under EasyTranslate’s regime.’”

The minutes also emphasized, “‘Again: do not accept tasks after 1/4′ — and ‘By saying no, it is going to hurt EasyTranslate, and it helps our cause.’”

The Danish newspaper goes on to say that trade union HK signed an agreement with EasyTranslate rival Voocali, that HK “tried to recruit interpreters in the autumn,” and that an HK representative said at a February 18, 2019 meeting: “The goal is 100% participation with Voocali, so we are ready to take over when EasyTranslate crashes.”

So why would interpreters participate in such a potentially illegal exercise as the boycott of an LSP?

It appears to all stem from a protest against, what the petition pointed out was, “lower fees and poor working conditions.” That is, “a marked decline in the hourly rate for interpretation as well as in the line rate for written translation” and “[deteriorated conditions] in the event of cancellations [and] the flexibility of being in contact with the linguistic service providers themselves.”

Speaking to Slator, Susanne Frank, a police and court interpreter who specializes in investigation and criminal law, said, “Hundreds of court interpreters have declined to onboard EasyTranslate, and each interpreter has his own reason or objective.” She then pointed to an online list of press material about interpreting in Denmark that highlights allegations against the Danish LSP.

The list is on the website of the Translators Association Interpreting Committee, a group that “works for the professionalization of the interpreting profession.” Among the allegations against EasyTranslate is that the LSP “misused” the name of an employee in its tender application and “scored points with the National Police” by doing so.

As for Frank’s take on probable antitrust violations by the interpreters, she said: “I fail to see how HK can have advocated for the current situation or otherwise been involved in it. Instead of bashing and blaming interpreters and HK for EasyTranslate’s shortcomings, I strongly recommend that EasyTranslate direct any legal concerns to the consultants in charge of the tender.”