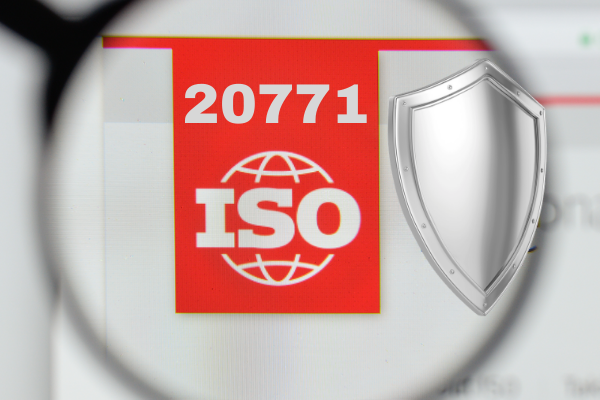 The debate over the new ISO standard for legal translation has heated up. After one side claimed that ISO 20771:2020 Legal translation — Requirements only meant more expense and work, advocates described it as a breakthrough standard that reflects the professionalization of the industry.

Earlier in May, Slator covered how Germany’s national organization for standardization rejected ISO 20771, stating it would not be published in German. Among the issues raised was that the new standard recommends procedures contrary to official German regulations.

However, advocates for ISO 20771 explain that adopting such standards is voluntary, rendering such an argument moot. Furthermore, “all standards state that applicable laws take precedence over the requirements of the standard,” ISO expert and professional interpreter Izabel Souza told Slator.

As for the contention that the new standard distorts the level playing field promoted by the general standard for translation services (ISO 17100) to the detriment of freelance legal translators, Souza pointed out that ISO 20771 could actually mean extra pay for specialist translators who meet it.

According to Monika Popiolek, Project Leader for ISO 20771 and legal translator of over 30 years, the new standard reflects the professionalization of the industry. Unlike ISO 17100, which is a product standard, “specifically developed with companies in mind — not individuals” the new standard is a breakthrough in that “it is the first specialist ISO translation standard ever developed and also the first-ever developed for individual translators.” Popiolek was also one of the editors for ISO 17100.

On the standard being approved despite considerable unresolved differences among the 36 member countries involved, Popiolek said that although “the German committee did raise some issues at the last stages,” these issues “were not considerable and were duly discussed in detail.” She added, “ISO 20771 had 88% of all votes in favor at the final stage, and only 3 votes against.”

The convener of the committee responsible for ISO 20771, Peter Reynolds, told Slator, “There were, in fact, no unresolved issues concerning ISO 20771, it was passed by a vast majority, and it is only a pity that some committees did not manage to get more actual legal translators involved.” Reynolds is a board member at memoQ and has previously worked at Idiom, Berlitz GlobalNet, Bowne Global Solution, and Lionbridge, and was part of the original technical committee developing XLIFF at OASIS.

Why Break Out a Specialist ISO Standard?

On the issue of whether it would make more sense to simply add an annex to ISO 17100 rather than breaking out a specialist ISO standard, Reynolds, who has also been a standards development expert for the past two decades and one of the editors for ISO 17100, explained: “ISO 17100 is an excellent generalist translation standard for Translation Service Providers (understood as translation companies). It is a product standard for TSPs and Individuals cannot certify against it. So far, individual translators will be able to certify only against one ISO standard (i.e., ISO 20771) and individual interpreters have several interpreting standards to choose from.”

Specialist standards, such as ISO 20771, can only, Reynolds concluded, empower the individual translator “to act like a professional service provider whose authorship is acknowledged and professionalism is demonstrated.”

ISO 20771 is now being discussed more widely by groups such as the Association of Translation Companies (ATC), which will host a webinar on the issue.

Update on ATC webinar: According to CEO Raisa McNab, ISO 20771 was adopted as a British standard, “but it’s still very early days to predict what kind of traction it will gain with individual legal translators in the UK.” She added that one benefit of the new standard in the UK context (where no state-authorized or sworn-translator system exists) is that “ISO 20771 may be used as a way for individual legal translators to demonstrate their qualifications against this international standard.”