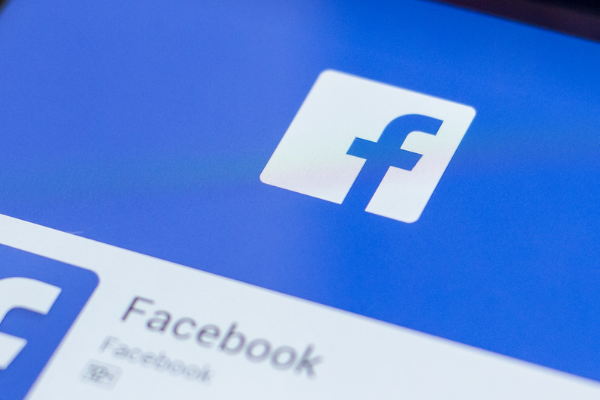 An organization serious about building its brand needs to be consistent in the way it talks about its products and services. A principle that holds true even when the brand is Facebook.

This is what the leadership of the social media giant’s Global Business Marketing (GBM) team determined last year. So, in May 2019, they hired someone to build a dictionary of marketing terms for Facebook GBM. That person was translation management expert Uwe Muegge.

As Head of Terminology, Global Business Marketing at Facebook, Muegge is responsible for the organization’s biggest challenge around terminology; the correctness and consistency in the translation of marketing terms. “Being more consistent not only means using the same words when talking about the same things, but also using the same word with the same capitalization, spelling, and styling,” Muegge explained.

He said Facebook produces so much marketing content that translation tasks have to be distributed across many different translators and, therefore, “in the absence of managed terminology, it is up to the individual translator to decide if a term, such as the name of a campaign or event, should be translated or not; and if yes, how. Big decisions to make for any but the most experienced translators who have an intimate knowledge of our organization, products, and markets.”

And because the translators who work on Facebook projects can only devote a very limited amount of time to terminology research, the GBM leadership recognized that not managing English marketing terminology in a structured way could lead to major translation challenges down the line.

For example, translation review cycles for marketing content in a region would take longer than necessary as “Facebook’s translation reviewers would spend time fixing terminology issues that would have been better spent on optimizing content for the local audience,” Muegge said.

Consistency Across Hundreds of Writers

The company had been standardizing product terminology for years prior to the Facebook Marketing Dictionary project, Muegge pointed out. An international team of terminologists would work very closely with content strategists in managing product terminology — “from initial request and localizability testing to entry development (e.g., writing a definition, usage notes), to publication in an online dictionary and subsequent term translation.”

According to Muegge, “While the product side of the house has had a best-in-class terminology management program in place for some time, the content creators on the marketing side were (a) not set up to use this resource; and (b) many key marketing terms, such as the names of Facebook marketing programs and events, were absent from the product dictionary.”

The Facebook Marketing Dictionary, and the automatic checker that finds terminology issues and suggests improvements, will soon be available to the entire GBM organization. “The primary use case of the marketing dictionary is to serve as ‘the single source of truth’ for marketing terminology,” Muegge told Slator.

With terminology checks built into the content approval process, owners and creators of marketing content will be able run checks prior to submitting content to an editor for review. “For maximum impact, the terminology checker will be integrated into all major content creation platforms, both off-the-shelf and custom-built, that are currently in use at Facebook,” Muegge said.

To set up the dictionary, Muegge and his team took a not-so-traditional path. Instead of gradually building a dictionary based on terms submitted by content creators, they decided to quickly build a baseline dictionary of marketing terms so it could be used right after launch, speeding up adoption.

They also wanted to maximize the impact of the marketing dictionary on translation quality: “The expectation is that once we have a comprehensive, multilingual body of reviewed and approved marketing terms, we will see improvement in the consistency as well as in the general quality of translated content.”

The baseline dictionary has been completed and Muegge said they have translated entries into up to the 33 languages. They are now integrating the dictionary into tooling that provides automatic feedback on terminology use. “Very soon, creators of marketing content will have the ability to run a check against the dictionary at any stage of the content creation process; and receive automatic feedback that suggests proper terminology usage in cases where a ‘do-not-use-term’ was used, or whenever an unapproved variant of a term (i.e., incorrect spelling, capitalization, or hyphenation) occurs in a text,” he said.

The translation side of Facebook’s terminology management process is automated as well; that is, “adding a new term triggers a translation and approval workflow and translated terms are automatically available for all translators in their translation tools.”

“What we ended up doing was to use Facebook analytics data to determine which marketing pages were the most frequently visited in the prior six months in each of the domains that we covered (e.g., business education courses, success stories, etc.),” Muegge said. “By extracting term candidates from this much smaller repository of fresh content that we knew people actually consumed, we made sure that the dictionary we were building contained both the most relevant terms and covered the entire spectrum of marketing content.”

“Once we have a comprehensive, multilingual body of reviewed and approved marketing terms, we will see improvement in the consistency as well as in the general quality of translated content”

According to Muegge, “Building the dictionary for the Facebook Global Business Marketing organization was the most cross-functional project I have ever been involved with. And it was the first time I led an effort to build an enterprise termbase where I didn’t have to rely on external providers of linguistic or programming services to get the project off the ground.”

He said one major contributor to the project was the Editorial Review Board consisting of senior members of the Business Education and Brand Integrity teams within Facebook GBM. “As the name implies, this team reviews every single term candidate before it is added to the dictionary. Their primary function is to make sure that the entries, in general, and the term definitions, in particular, are accurate, clear, and as concise as they can be.”

And, aside from relying on prior “excellent terminology management practice,” Muegge said he also had “the support of an entire team of very capable terminologists, who took each term through the entire development cycle — from processing term extraction lists to terminology research to creating a draft entry, to finalizing entries based on reviewer feedback.”

In doing so, he concluded, “the team proved what I had long assumed to be true; that when working on creating draft entries individually and finalizing entries collaboratively, the quality of the dictionary as a whole improves significantly.”