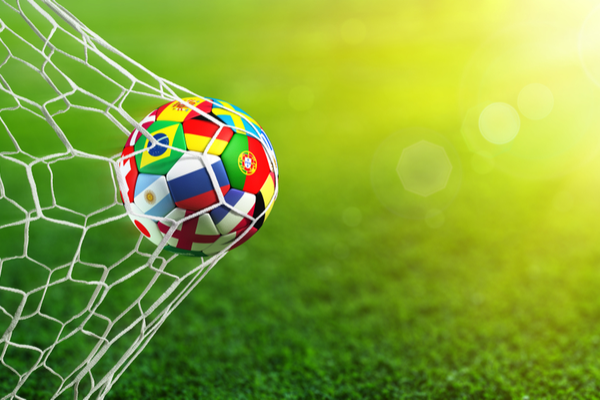 As Russia is hosting football’s biggest sporting event, multi-brand sports retailer Sportmaster is right at the heart of the action.

This famous sports shop in Eastern Europe with more than 475 stores in 200 cities in Russia, Ukraine, Belarus, Kazakhstan, and China, is also in the spotlight.

“There is a striking similarity between the major sporting event, such as the Olympics or the World Cup, and a large international retail company, such as Sportmaster,” said Pavel Dunaev, Head of the Translation Unit at Sportmaster.

In both cases, he said the spectators see only the tip of the iceberg — be it the stadiums or the stores. But preparation for the competition or running the company requires a lot of teamwork in various functions.

“And the better this work is organized, the less it is visible,” he said.

The work of the translation team at Sportmaster isn’t exactly invisible, but its role is very specific. Dunaev said that translations for end customers constitute only a fraction of the total workload.

“The main task of the translation unit is to support activities of various company functions such as HR, finance, logistics, and many others,” he said.

“There are a lot of documents, both received from external partners and created internally. These can be virtually everything: from product manuals to standard operating procedures,” he added. “While most of our colleagues are fluent in several languages, in some cases they need the professional language support. For example, when the document is in some rare language, or colleagues simply need it fast.”

“There are several in-house translators in some functional units, and when necessary, we outsource work to a couple of language service providers” — Pavel Dunaev, Head Translation Unit, Sportmaster

Moreover, he said in every country of operations there is a separate web store, the content of which is curated by the local team —  i.e., the country-specific content is not translated from one source language but created for each of five languages separately.

Sportmaster has 23,000 employees across all the countries it has presence in, but the translation unit consists of only a few people, according to Dunaev.

“There are several in-house translators in some functional units, and when necessary, we outsource work to a couple of language service providers,” he said.

Tools of the Trade

While Dunaev did not disclose translation volume, he said he does “everything to decrease this volume to save the company time and effort.’

And there are various ways the team has explored to provide multi-language resources to the business units that need translation.

First, he said the information systems of the company, as well as different directories, are made in several languages. Then, the standard document flow is supported by multi-language templates.

Staff members can also access the corporate glossary, created by the joint effort of functional and linguistic specialists while the translation memory software allows for reuse of previously translated content.

“Besides the use in the translation process, the corporate glossary has proven to be a valuable tool for onboarding new staff members in different functions”

Translation technology likewise helps a lot. “We use the full suite of SDL solutions: SDL Trados GroupShare, SDL Trados Studio, and SDL MultiTerm. When the CAT-tools are used by in-house translators, the corporate glossary is also accessible by all staff members via SDL MultiTerm Online,” he said.

“Besides the use in the translation process, the corporate glossary has proven to be a valuable tool for onboarding new staff members in different functions,” he added.

Because of Sportmaster’s experience serving customers during major sports events —  the company was the official retail operator of Sochi 2014 Winter Olympics — the execution was smooth, according to Dunaev.

“The preparation for the 2018 FIFA World Cup was performed well in advance. Because all activities in our company are performed in the planned and organized manner, we haven’t had any issues with translation,” he said.

“Actually, all our stores across Russia have everything [they] needed to cater [to the] needs of Russian and foreign fans. The in-store navigation and product info are present in Russian and English. After all, the word “football” is easily understood in any language,” he added.

Dunaev also shares this tip: The most challenging aspect in localization is to understand the psychology of the target audience.

“It is equally true when you deal with foreign customers and foreign staff members. All in all, the end aim of any message is action. While expanding operations overseas, it is not enough to translate your working documentation in other languages. In many case, it is necessary to rethink the processes. Of course, this is the task of functional managers, but the linguists should notify them of all possible stumbling blocks,” he explained.

Machine translation (MT) is currently one of the company’s main productivity tools. “Thanks to the good integration with the translation memory system, the MT output is just one of suggestions to be edited by a translator,” Dunaev said.

“The most promising development in this field is the self-learning systems, such as the AdaptiveMT of SDL. At the same time, we are not planning to offer the raw MT output to our internal or external customers in the foreseeable future. To my opinion, machine translation is a tool to be used by professionals,” he added.

Moving forward, he said the only thing  he is certain is that “the next two to three years, or even the next 20 to 30 years there will still be demand for mutual understanding between people, and the room for professional services in this field.”