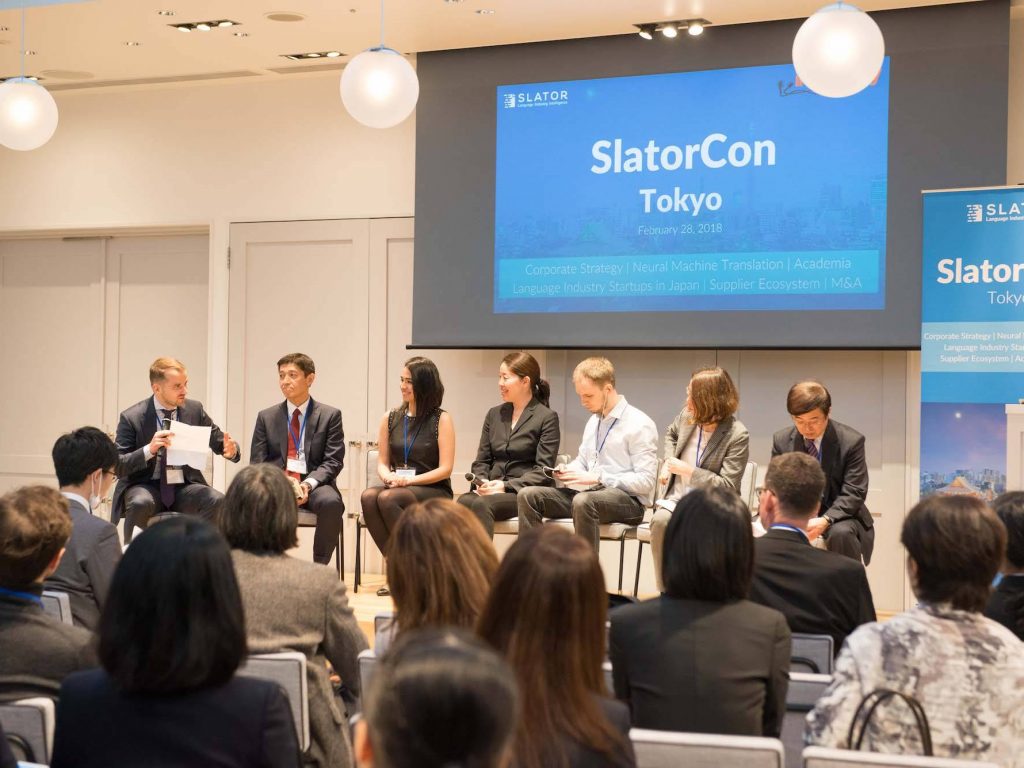 Slator’s first destination for SlatorCon in 2018 was Tokyo, Japan. Slator invited five special guest speakers to present during SlatorCon Tokyo to give the over 40 language industry professionals in attendance a unique glimpse of the language services market in the Land of the Rising Sun.

Slator’s first guest, Eiji Sano, Director of SAP Language Services (SLS) Japan, SAP Japan, was the first to address the conference with his presentation on the ecosystem of SAP language services.

SAP requires translation of all SAP products, product services, and corporate content into 51 languages. The company translated approximately a billion words in 2017.

To accomplish this, the SLS team of over 200 people works with a large network of over 2,800 freelancers from more than 120 language service providers (LSPs) spread across 41 countries.

The SLS shares information with this supplier ecosystem through a Central Information System called the SAP Translation Support Portal. The SLS also supports this network through events such as the Language Services Forum and regular roundtables. Sano-san explained these suppliers are are mostly single language vendors, with some multi-language ones.

As for machine translation, in Sano-san’s presentation, he emphasized that “SLS views the integration of MT into its standard processes as a key strategic driver for the coming years.”

For a copy of Eiji Sano’s presentation (posted with permission from SAP), register free of charge for a Slator membership and download a copy here. 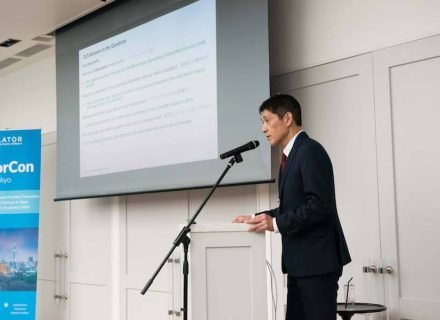 The next keynote was led by Oya Koc, Founder and CEO of Oyraa, a remote interpretation startup.

Since 2014, according to Koc, Japan has been experiencing its fourth startup boom, and there are two factors helping it along: a decent startup environment and fast-growing industry.

However, only 1% of Japanese startups are active in language services and technology, while fintech (9%), IoT/AR/VR/Robot (21%), and other areas command a much bigger share of the startup pie.

Since going public in 2006, Honyaku’s revenues have been generally going upward until the period between the end of 2008 to 2011, when the 2008 financial crisis and the 2011 East Japan Earthquake took their toll.

According to Higashi-san, the language services market in Japan will continue to grow in the future due to a couple of high-growth verticals (local infrastructure and automobiles), ongoing globalization, and an emphasis on events and conferences. Then there is also tourism, with the Tokyo 2020 Olympics on the horizon.

Higashi-san is of the opinion that automatic translation (MT) demand is growing and driving domestic market expansion. “Translation companies need to adopt and utilize MT,” he said in his presentation.

Honyaku is putting its money where its mouth is with a couple of strategic investments in MT companies.

In 2017, Honyaku Center acquired Media Research Inc. and took a 13% stake in MT company Mirai Translate. “It is now growing into a “comprehensive supplier of foreign language business” as the domestic translation industry’s largest enterprise,” according to Higashi-san’s presentation.

“In stark contrast with many other countries in the world, traditionally, translators and interpreters have been trained at private schools run by LSPs and language schools,” Takeda-san said. “There is no university that offers a degree in translation or interpreting in Japan.”

Takeda-san went on to illustrate some challenges and opportunities in academia:

In undergraduate programs, translation and interpretation are taught mostly as part of a language curriculum. Rikkyo University is the only one that offers certificates.

Finally, Chizu Tanaka, Translations and Content Agency Team Leader from Booking.com, talked about her company’s profile, localization needs, and how they (and their network of freelancers) manage to translate millions of words daily.

In her presentation titled “Speaking the language of global guests,” Tanaka-san talked about the localization hurdles of Booking Holdings (previously Priceline)—the third largest ecommerce company after only Amazon and Alibaba.

Booking.com’s scale is a huge challenge. With 15,500 employees, over 1.5 million registered properties, and more than 190 offices in more than 220 countries and regions all over the globe, Booking.com registers 1.5 million room nights daily. Customer service is based on 14 offices around the world and provide telephone or email support 24 hours a day in 43 languages.

The company’s Content Agency is comprised of 200 in-house Language Specialists who deal with high-value or high-impact localization. A pool of around 2,500 freelance translators handle high-volume content, such as property descriptions.

Localization and translation work is done for customer-facing and partner-facing content, with the former taking up most of the work, even extending to social media depending on language.

Booking.com extensively A/B tests their content, with hundreds of of A/B tests conducted daily. Tanaka-san said that the website is localized into 43 languages, but the characteristics of specific markets and users will require additional functions and features displayed only for those markets.