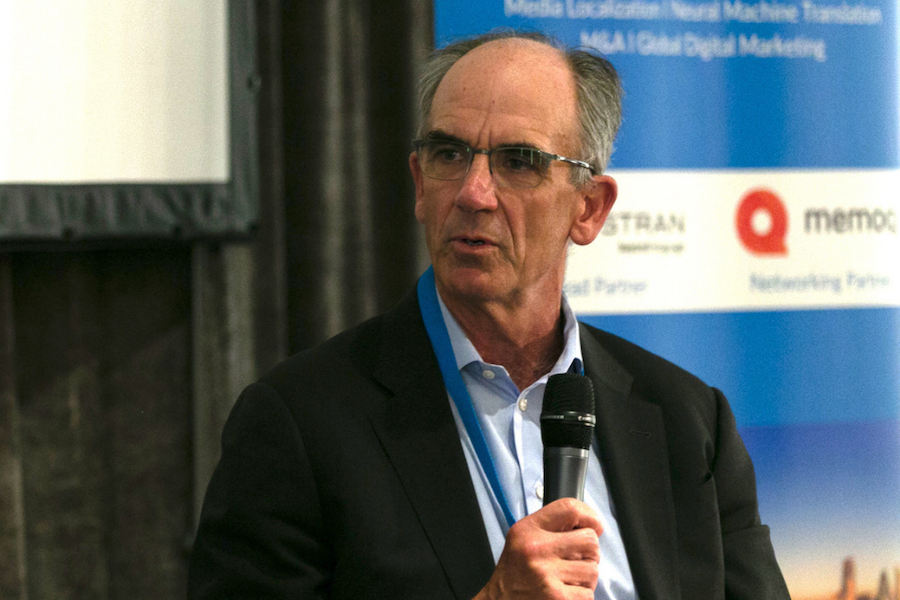 As the language industry continues to grow, its numerous end markets become ever more complex to serve. It takes time and capital to build the workforce and technology necessary to service a particular client segment at scale. Selecting your markets, therefore, becomes crucial to long term viability and profitability.

At SlatorCon London in May 2019, Lionbridge CEO John Fennelly identified the verticals he believes to be “key to our strategy going forward” during an on-stage interview with Slator Co-founder Andrew Smart.

Fennelly, CEO of the world’s second largest language service provider by revenue, said that along with game and media localization, Lionbridge is also focusing on life sciences, AI support services, and technology as key areas. “You can’t do everything,” he pointed out, adding that Lionbridge is “focusing on key markets where we think there’s a lot of potential” and “committing more capital” to these priority verticals.

One recent use of said capital is the acquisition of Gengo, a Tokyo-based language tech and services company that Lionbridge purchased in January 2019. According to Fennelly, the Gengo deal “was a technology-based acquisition,” particularly compelling for Lionbridge given Gengo’s AI positioning.

“Where Gengo is in AI is very consistent with where we want to go. So it was a question for us: do we build out those capabilities or do we take what Gengo is building out with their platform and buy them?” he said.

Fennelly saw that there was a competitive advantage to be gained from combining Lionbridge’s existing services offering with Gengo’s technology, partially because he sees that “a lot of the new entrants into the space are coming at it from a tech side, not from a services side.”

He also identified “an opportunity to increase market share in Japan,” as well as outside Gengo’s home market, since “roughly 80% of Gengo’s business comes from outside of Japan.”

The Gengo deal marked Lionbridge’s return to the acquisition trail, having been noticeably quiet on the M&A front in 2018. It was not for lack of options, according to Fennelly, who said that “there are not a lot of folks who don’t come and talk to us when they are interested in selling a company.”

“There are not a lot of folks who don’t come and talk to us when they are interested in selling a company” — John Fennelly, CEO, Lionbridge

While Lionbridge has, traditionally, had a strong focus on acquisitive growth, Fennelly’s main goal since joining the company in July 2017 has been to return Lionbridge to organic growth, he said. In 2018, Fennelly’s first full fiscal year as Lionbridge CEO, the company grew 10% organically.

AI support services have become an increasingly important part of Lionbridge’s strategy. Discussing the opportunity for LSPs within AI, the Lionbridge CEO commented: “I think it is very much a nascent market that is forming.”

According to Fennelly, the market for AI “really is global,” based on the spread of enquiries that Lionbridge receives for AI-related services. He pinpointed pockets of demand from the manufacturing space in Europe, Germany in particular. He also identified a “critical mass in the US in the AI space,” adding that “tech companies in the US and in China are a bit ahead of the curve in AI to date.”

“There are many big companies with insatiable demand for training data” — John Fennelly, CEO, Lionbridge

Within the AI market for LSPs, Fennelly believes “data training has a huge future ahead of it.” He explained that “there are many big companies with insatiable demand for training data.” Data tagging is another growth area for Fennelly, as well as computer visualization, where he said Lionbridge is “quite interested in developing our capabilities.” Lionbridge competes in this space with the likes of Appen, who is “obviously a big competitor of ours in this space,” Fennelly added.

Despite Lionbridge’s focus on localization-adjacent services, such as data annotation and tagging, localization still accounts for around 60% of Lionbridge’s overall business, its CEO confirmed.

Meanwhile, Lionbridge competitor Appen has dug its heels into the data tagging space and recently acquired Figure Eight, a machine-learning training platform with data annotation and labelling technology, which supports the conversion of text, images, audio, and video into structured data. Australia-listed Appen more than doubled revenues to AUD 364.3 (USD 260.9m) in 2018 and shares climbed 22% on news of the company’s 2018 performance. The company is now worth over USD 2.2 billion in market cap.

Yet there will be a limit to the number of companies, specifically startups, that can survive the test of time, Fennelly believes. Key to survival for startups is not to rely solely on their technology stack or underestimate the importance of the services side, he said. This has “been a learning for many and I think you’ll see a fallout from that in the next couple of years,” the Lionbridge CEO predicted.

It is unlikely that “everybody’s going to be able to get to the other side” — John Fennelly, CEO, Lionbridge

On the journey from “services to tech-enabled services to technology,” Fennelly said the industry has now reached an “inflection point.” Against this backdrop, he sees big players becoming bigger still as consolidation continues, while it is unlikely that “everybody’s going to be able to get to the other side.”