On May 17, 2018 over 80 language industry leaders gathered at the stunning Nobu Hotel in Shoreditch for the 2018 edition of SlatorCon London. Participants represented a diverse mix of industry stakeholders from end buyers, vendor CEOs, analysts, and investment bankers involved in industry M&A. Delegate profiles cut across the spectrum from pharma to game and media localization, digital marketing and more, with many traveling in from outside of the UK.

Against the backdrop of a growing industry, the mood was upbeat. However, fast progressing neural machine translation and its effects on pricing, the supply chain, and client expectations injected a mild dose of anxiety about the future. While in 2018 it’s easy to put neural MT at the center of every language industry discussion, SlatorCon had a much broader focus.

Currently, one of the fastest growing industry verticals (and one that is still relatively untouched by NMT) is media localization. And ZOO Digital CEO Stuart Green confirmed in his presentation that “demand is outstripping supply”.

ZOO has developed a cloud-based media localization platform, which is challenging the old ways of providing services such as subtitling, dubbing, and voiceover. Dubbing, for example, would traditionally involve bricks-and-mortar operations and require the voice artist to physically be present at a studio. ZOO’s platform does away with that, allowing talent to work from home.

ZOO has struck big over the past two years as Netflix and other over-the-top content (OTT) providers expanded so aggressively across many international markets that the existing media localization infrastructure could barely cope. The result was exceptional revenue growth and a skyrocketing share price.

Strong growth was also at the heart Benjamin du Fraysseix’s presentation. The ambitious CEO of Paris-based Technicis explained his approach to M&A and shared about how he has had discussions with dozens of potential targets since they embarked on a buy-and-build strategy alongside their private equity investors. Du Fraysseix admitted that M&A can at times be a painful and difficult journey but stressed that in the end it is exciting and that he believes it creates value.

Started in 2008 and and now employing over 4,000 employees, Hogarth Worldwide is arguably one the language industry’s most striking success stories of the past decade. The company’s CEO Richard Glasson told participants that a real tension exists between ever more complex client requirements as global content continues and shrinking budgets. He highlighted that while what’s needed is a consultative approach, procurement often just wants to “manage vendors”.

Since its founding, WPP-owned Hogarth has grown far beyond its original transcreation business into a number of areas around the “production, adaptation and supply of advertising materials”.  Language service, however, continues to play a major part in Hogarth’s business, and Glasson shared that in Hogarth’s operating model services related to language are provided at a regional level. “We think language for us, primarily as an advertising business, is based around transcreation, and transcreation needs real expertise, real specialization, and very high quality talent”, Glasson said.

Bartelt runs EA’s internal language service, which works mostly directly with freelancers and single language providers (SLVs) and has its own dedicated engineering team. Bartelt walked participants through their operating model (more to come in a separate article) and closed on what she called a “science fiction vision” of real-time localization powered by machine translation, voice generation, and automated testing.

Naturally, Jean Senellart, CTO of machine translation provider and SlatorCon London 2018 partner SYSTRAN, stayed on the subject of advanced technologies when he delivered his talk about how open source is rapidly changing the language industry’s most transformative technology: neural machine translation.

Since launching in early 2017, OpenNMT, which is SYSTRAN’s and Harvard University’s jointly developed NMT toolkit, has gathered strong momentum with 18 major releases, 3300 stars and 1020 forks on Github, and 6 complete code refactorings. It is now the second largest open-source NMT project.

The SYSTRAN CTO highlighted the breathtaking pace at which NMT is developing. Since its emergence around three years ago, NMT has already undergone three major technological shifts from recurrent neural networks, to convolutional neural networks, and now attention-based neural networks.

Senellart said the underlying driver for big tech’s quest to dominate in NMT is the fact that NMT is “the gateway for all natural language processing (NLP) technologies” and highlighted that the “real battle is on the AI framework and computation backend”.

Then it was on to the panel session, where Hogarth’s Global Head of Language Services, Romina Franceschina, explained why some of her clients prefer to have linguists and project managers onsite. “They are very passionate about meeting the people that will carry their brand in their language”, Franceschina said. 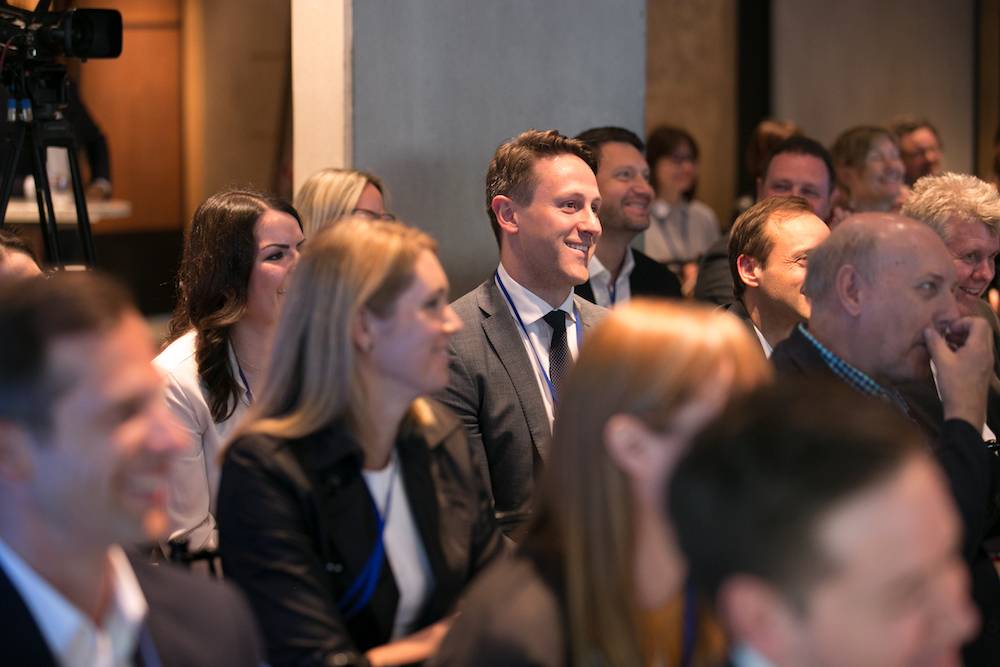 Neural machine translation (yet again) and  AI more broadly were a hot topic in the panel. The discussion concluded with a lively exchange on the possibility of natural voice generation creating all sorts of moral dilemmas.

After the panel drew to a close, participants were treated to a delicious sushi buffet and open bar and networked with fellow language industry leaders.

Stay tuned for more SlatorCon London 2018 coverage including video interviews and presentations for download and register for SlatorCon San Francisco to be part of the discussion!