What You Need To Know About EU Language Law

In a recently published book (EU Language Law), based on PhD research, I explore all current language regulations and arrangements in EU law, such as linguistic regimes of EU institutions, bodies and agencies, language provisions in the area of freedom, security and justice as well as in the internal market. In an exclusive for Slator, I highlight some of the findings of the research in ten points.

1. No clear-cut criteria for EU Treaty or official languages

Whether a given language rises or not to the status of EU Treaty language depends, first of all, on the EU Member State concerned. This leads to the rather paradoxical situation that the number of speakers is irrelevant for a language to acquire EU language status. To take the most extreme examples, Catalan, spoken by millions of citizens, is not an EU Treaty language, whereas many far less widely spoken languages, such as Maltese or Irish, do enjoy such status.

2. A huge gap between theory and reality

From the early days of the European Coal and Steel Community until the present European Union, the language issue has never been properly dealt with. A formal regime of equality of languages and full multilingualism was established as a recognition of the cultural sovereignty of the Member States. As a result, all languages were granted Treaty, official and working language status and became equally authentic.

In practice, however, decisions on internal linguistic arrangements (a limited set of working languages) were, for a large part, left to the various EU institutions.

3. Full language regimes are not the general rule

Despite the general duties stipulated in the basic Regulation (1/1958) on the linguistic regime of the EU, the cases in which a real legal obligation exists to use all official EU languages are essentially limited to two fields of operation: legislation and direct communication with EU Member States and private persons. The EU courts, which fall outside the scope of Regulation 1/1985, also operate on a multilingual basis, allowing for cases to be brought in all EU official languages.

4. The law: the core of multilingualism

The obligation to publish EU legislation in all the EU official languages must be strictly observed and no exceptions are allowed.

Legal certainty indeed requires that all subjects of EU law should be afforded easy access to that legislation in their own language. The case in point in this regard is Skoma-Lux, in which the European Court of Justice clearly held that a regulation is only enforceable against individuals in a Member State if it has been published in the language of that State.

In that regard, all twenty-four EU official languages are equally authentic. This may lead to interpretation problems. A solution would be to provide for a reference version in one EU official language for every act of legislation, preferably the language in which the act was originally drafted. It may be noted in this context that a similar rule exists for judgments of the Court of Justice, which are authentic only in the language of the case.

5. What about direct communication with companies and citizens?

EU Member States, as well as citizens or companies have, in principle, the right to choose in which official EU language written and oral communications with the EU institutions and bodies will take place.

This right is, however, not unlimited, and in language disputes between EU institutions and Member States no clear-cut rules are discernible. Case law shows that the Court of Justice assesses the effects of linguistic irregularities on a case-by-case basis. Only if, were it not for that irregularity, the procedure could have led to a different result, may the act concerned be annulled.

Likewise, with regard to communications between an EU institution and companies, it is settled case law that an infringement of the linguistic rules does not automatically entail nullity of the act at issue. Rather, such a consequence is limited to cases in which the linguistic irregularity entailed harmful effects.

Moreover, communication with a number of EU bodies and agencies may not necessarily take place in all official EU languages, as they are governed by specific language arrangements.

Although, formally, all those languages which have acquired EU language status are equal, in practice, a clear hierarchy exists, creating a gap between the legal and the actual situation.

As to language arrangements in the EU public administration, restricted language regimes have evolved over the years, based on a rather broad interpretation of article 6 of Regulation 1/1958, whereby the EU institutions “may stipulate in their rules of procedure which of the languages are to be used in specific cases”. This article provides the legal basis for quite a large linguistic autonomy of the EU institutions.

The case law of the Court of Justice has, essentially, confirmed the legality of such restricted language regimes. The Court has consistently taken a rather pragmatic view of the language issue in this regard and has held, in the landmark Kik case as well as in subsequent judgments, that there is no general principle of equality of languages in the EU, nor that every citizen is entitled to have a version of anything that might affect his interests drawn up in his language in all circumstances. Accordingly, when justified and proportionate, restricted language regimes may be established.

It should be recalled that, contrary to what is often held, such restricted language regimes are, by no means, limited to purely internal situations. Hence, on the explicit basis of Regulation 1/1958, information available on websites and in publications, relations with the media, public consultations, meetings with representatives of national administrations, as well as calls for expression of interest, can, as the case may be, all take place in a restricted number of languages only, most often English, French and German.

In this context, it was shown that most EU institutions apply, in varying degrees, restricted language regimes. The most multilingual institutions are the European Parliament and the Court of Justice.

Essentially, they can be divided into four types, i.e. agencies explicitly governed by Regulation 1/1958, agencies without any formal language arrangements, agencies where the management Board (or the Council of the EU) is entitled to lay down the language regime and, lastly, the special case of the Trade Mark Office, with a language regime, restricted to English, French, German, Italian and Spanish. Only on a rare occasion can a decision regarding working language(s) be found, whereas it is obvious from recruitment requirements and website information that English has become the main working language of the vast majority of these EU agencies.

7. Lack of formal decisions with regard to language arrangements

EU language arrangements are largely implicit and not based on formal decisions. The clear lack of transparency appears as highly problematic.

The lack of formal, explicit decisions concerning language arrangements was also criticized by the Court of Justice in a recent landmark case regarding recruitment policy. The Court imposed stricter respect for multilingualism in these selection procedures and set limits to a recruitment policy in three languages only, stressing that the EU institutions concerned never adopted rules of procedure in accordance with article 6 of Regulation 1/1958 nor had taken other measures laying down criteria governing the choice of a language.

The lack of formal decisions could therefore lead to serious legal problems in the future, not only with regard to recruitment, but also, for instance, concerning public consultations, where the European Ombudsman criticised the absence of a clear language pattern.

The same is true for tenders, where often only a limited number of languages may be used, leading to a clear disadvantage for certain companies not having those languages and thus facing important translation costs.

8. Questionable and non-transparent criteria used for the choice of restricted language policies

Transparency is also lacking in the justification of restricted language policies, particularly in the criteria on the basis of which some languages are selected and others not. These criteria are not merely political, as the legal equality of languages allows only for restricted language regimes provided that the choice of languages is objectively justified by specific operational needs and is, furthermore, proportionate.

Generally speaking, the basic issue as to why not one common language is used, for the sake of limiting costs and efficiency, is insufficiently addressed.

By contrast, in regard to language arrangements for the European Patent with unitary effect (EU Patent) and a unified patent litigation system, more objective criteria were used. For the first time ever, the European Commission included impact analysis reports concerning the translation arrangements in its draft proposal.

Yet, the actual caseload, which could have been easily assessed on the basis of the existing European Patent, was not taken into consideration. The assessment did take various other criteria into account, such as multilingualism and the impact of the language regime on stakeholders, particularly SME’s in the EU Member States, as well as overall costs of translation. However, the assessment could easily have led to alternative language regimes, using only English, or, alternatively, English and German.

9. The absence of language teaching priorities: a counter-intuitive strategy

The application of the diversity principle has led the EU to adopt a multilingualism agenda, which is essentially a language learning policy, setting as a benchmark that all EU citizens should learn at least two languages in addition to their native tongue. The scope of foreign languages which may be chosen is broad, and not limited to EU Treaty or official languages, but also includes regional and minority languages, as well as languages of migrant communities.

This policy is clearly flawed by the absence of language teaching priorities. The only indication in this context is a negative one, stating that the teaching of English is not enough.

The mother tongue plus two policy is indeed meant to serve the interest of linguistic diversity in forming a counterweight for the predominance of English, taken by most Europeans as their first and, in many cases, only foreign language.

Yet, the teaching of at least one lingua franca could greatly advance other EU aims, such as, above all, market integration.

In practice, the policy seems to favour in the first place the teaching of other major languages.

Last but not least, the benchmark seems unrealistic. In 2013, the Commission admitted that only 42% of tested pupils could be considered independent users in their first foreign language, and that a large number of pupils (14%) did not even achieve the level of basic users. The data collected by Eurostat also show that the education systems of the EU fall short of the objective of teaching two or more foreign languages: only 40% of pupils in lower secondary education get such language teaching. Quite a number of EU Member States even show a significant drop of people speaking at least two foreign languages. EU Member States may actually prefer students to learn one foreign language well, rather than two at an intermediate level.

Objectives set in the internal market and in the area of freedom, security and justice do, in fact, require a common tongue. The reluctance of the EU to launch a debate on this issue could be detrimental to the European project. 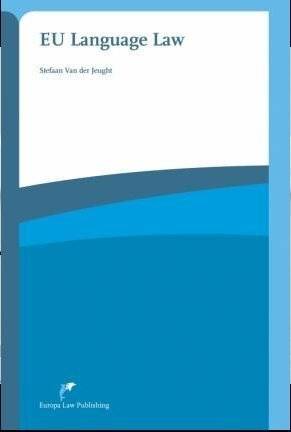 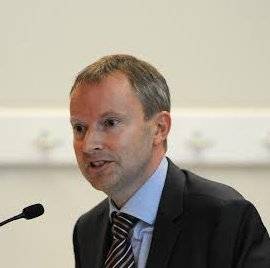 Dr. Stefaan van der Jeught works as an official in the Directorate Communication of the European Court of Justice. He is affiliated to the Centre for European law at the Vrije Universiteit Brussel (VUB). His research and publications focus inter alia on legal aspects of language policies.