Who Starts a Language Service Provider in 2018 and Why? 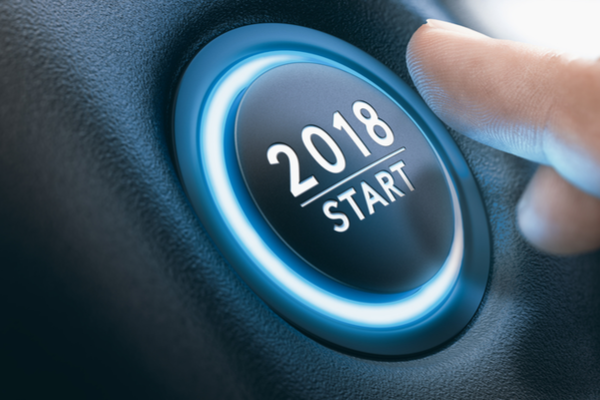 The language industry is one that is (still) growing but also both mature and hyper competitive. For one thing, there is heavy consolidation at the top, as the top four language service providers (LSPs) increasingly put significant distance between them and the rest of the field through a mix of acquisitions and organic growth.

At the same time, the industry is experiencing major transformation as neural machine translation is now being deployed into the industry supply chain.

Against this backdrop, it is interesting to see that new language service providers (LSPs) are starting out at record pace in 2018 if the UK is any indication. To find out what is driving more and more language professionals to branch out on their own, Slator spoke to founders from a handful of newly created UK entities, and quizzed them on their business models, visions of the future, and motivations for setting up.

Jumbee was launched in April 2018, and works across the Biotech, Pharma, IT & Tech, Marketing, Art, Academic & Literary sectors. The company is made up of Director Jose Manuel Senra and Vice-Director Flavia Pascariello, who work with a network of 23 freelancers.

Pascariello, who Slator spoke to, holds a PhD and has more than 15 years of freelance translation experience. For anyone considering starting their own company, she recommends making sure you have a customer portfolio first. Jumbee’s own client base is made up of existing customers that come from their freelance portfolio, and others that the company has won through word-of-mouth and marketing / networking efforts.

Technology-wise, the company uses agile methodologies for project management, and may consider integrating MT into their workflows in future.

The founders of Avitas Translations spent many years working for other language service providers before launching their own in January 2018. Anthony Williams, Director of Avitas Translations, says he wants to grow the business to GBP 0.75m and have staff of 10-15 people in the next two years. Longer term, they plan to bring in public service contracts to scale the business further.

Avitas focuses on providing certified and urgent translations, and has built up a client base through paid marketing channels and word of mouth. At the moment, the company’s language resources consist of a database of translators, but they are likely to take on some inhouse translators and interns in the near future.

Avitas uses a number of software tools including SDL Trados, SmartCat, TranslationProjex, and Sage. They do not plan on using machine translation for the next few years while they are a growing company, and Williams says “I don’t think it will ever replace Human translation for business critical material but could enable businesses to save a lot of finance and time if done correctly.”

“It would be no use having a great business if you couldn’t deliver or even have any customers to deliver to.” – Anthony Williams

On the process of setting up the business, the Williams says that the “learning curve was steep in terms of managing a limited company day to day but the core business activities came naturally which helped.”

His tips for budding LSP owners include to “make sure you have your resources and marketing sorted. It would be no use having a great business if you couldn’t deliver or even have any customers to deliver to.”

He also says it is essential to “understand your industry and your business model and make sure you stick to what you are good at.” One particular challenge for Avitas has been in “learning the Marketing side of the business and how to make our business stand out from the crowd in a competitive marketplace.”

Seaside Translation is somewhat of the odd one out on this list, since the company has been operating in the US for around four years. However, they are new to the UK, having launched their limited company in Glasgow, Scotland in June 2018. The company is a joint venture between two American graduates of the University of Edinburgh’s MSc in Translation Studies, who went on to work as Project Managers within European LSPs. Caroline Mandler, co-founder, says that “we’re both translators at heart and wanted to return to the creative side of the job; beyond that, we were looking for the flexibility that freelance work can offer.”

Seaside Translation consists of two in-house translators, both co-founders and directors, who provide translations to larger LSPs and direct clients. Most of their work is marketing and financial texts and corporate communication, and end clients include large retailers and universities to wine-growers and luxury hotels.

“We’re both translators at heart and wanted to return to the creative side of the job; beyond that, we were looking for the flexibility that freelance work can offer.” – Caroline Mandler

Both translators are keen to acquire an additional language and to expand their client base of direct clients. Down the line, they also aim to move into more work with literary translation and creative copy.

On the technology front, they tend to use SDL Trados Studio 2017 and a few other translation productivity tools, but have not invested in a project management system as yet. As they see it, machine translation (MT) is “no substitute for what a translator with an intimate understanding of the language and culture can do”, but they recognize that the technology is always improving and both have also worked on numerous MT post-editing projects for clients.

As Mandler puts it “we were lucky enough to be established in terms of clientele” and their arrival on the UK scene in June 2018 has “gone pretty smoothly so far”. For anyone else starting out, she says that since it “can be slow in terms of finding clients and securing regular work, it’s important to either have a bit of savings or start out working part-time as an LSP.”

Striking the right work-life balance can be difficult when you own your own company. Now, according to Mandler, “although it’s still not a traditional 9-to-5, we’ve certainly hit our stride in terms of knowing our limits without underestimating ourselves.”

ytranslate released their platform in March 2018, after 18 months in beta phase. The company is set up to offer AI-backed human translation services for global businesses, using APIs to open source machine translation engines such as Google, Microsoft and DeepL. They are focusing on retail and ecommerce and travel website customers, and have been running pilot projects for the likes of House of Fraser, Joules and Mankind in recent months, with the aim of taking the platform fully live in the near future.

The company is the brainchild of CEO Kerry Michael together with ex-Googlers Damian Winkowski and Scott Simpson, Emily Ward, Alexandra Rijnoveanu, as well as machine learning expert Barrie Roche. They are currently looking for seed investment, and are in talks with a number of Venture Capital firms, having demoed their platform at the Google demo days in Europe and the US.

Michael sees ecommerce as a ripe market since many of these companies’ websites already have lots of traffic on their English sites from customers in other countries. Translation of website content can be a revenue driver for online retailers, the idea being that traffic conversion increases once content is available in customers’ native languages.

However, Michael says that current pricing models can often be a barrier to entry for online retailers and ytranslate intends to take a consultative approach with prospective clients, highlighting which products are popular in a particular market, and which languages could bring the best return on investment. As for the pricing structure, Michael estimates that ytranslate can localize for about 70% of the “normal” cost, and says that as well as a per-word pricing model, they are also likely to negotiate revenue share with their customers.

It is much easier to start an LSP now than in days gone by.

ytranslate’s vision is to be the go-to platform for B2C localization, and to provide a very easy plug-and-play platform. The company hopes to reach GBP 0.4m in revenue by March 2019, and to continue to dramatically scale their vendor pool, which they claim currently consists of 30,000 vendors who were recruited in beta phase. To support this expansion, the company will need to look outside of the professional translator community and recruit bilingual speakers to their database. They also hope to build a presence in China by August 2019 by working with local partners and establishing a legal entity there.

Michael says that nowadays the barrier to entry is much lower, meaning that it is much easier to start an LSP than in days gone by. She advises anyone considering setting up on their own to focus on a particular niche, recruit the right team and ensure that the right technology is in place for their service offering.