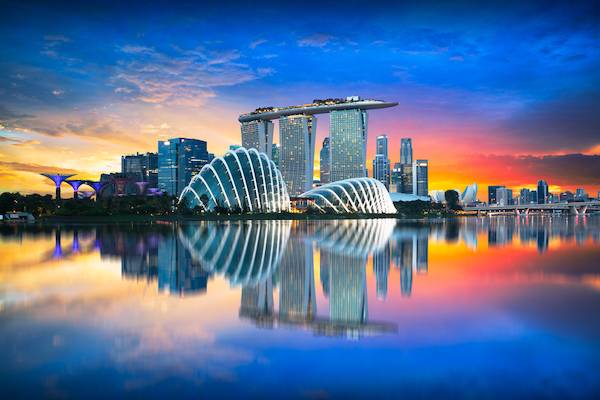 Tokyo-listed Takara Printing has invested in Singapore language service provider TRANSLASIA Holdings to spearhead its expansion into East and Southeast Asia. While terms of the deal, announced at LITAsia on March 26, 2019, were not disclosed, TRANSLASIA confirmed to Slator that Takara’s majority stake was “over 60%”.

Seiichiro Akutsu, President of Takara Printing, told attendees that the investment was based on Southeast Asia’s growth potential, as its share of global GDP is expected to rise “from 31% in 2015 to 36% in 2030”. He added that “Southeast Asia has become a major focus of overseas operations for Japanese companies with more than 3,000 Japanese employees spread across Southeast Asia.”

Ryusuke Okada, Managing Executive Officer of Takara Printing and Chairman of TRANSLASIA, said in a release: “We expect the growth of e-Commerce in this region to be immense and TRANSLASIA Holdings is strategically positioned to take advantage of this with its unique expertise in this region.”

ASEAN is an economic growth engine with a GDP of USD 2.5tn. Singapore’s Economic Development Board (EDB) forecasts ASEAN will grow from the seventh to the fourth-largest economy with a GDP of USD 10tn in 2030. More than 60% of ASEAN’s 630 million population are under 35 years old, creating an expanding middle class and rising consumer market.

Increasingly tech-savvy, 90% of Southeast Asia’s 350 million Internet users connect to this economy via mobile first. According to the 2018 Google – Temasek report, the gross merchandise value in Southeast Asia’s Internet economy, which includes ecommerce, online media and travel, and ride hailing, will surge at a 22% CAGR to USD 240bn in 2025.

TRANSLASIA was incorporated in 2017 to house Elite Translations, founded in 2006, Elite Interpreters and AISA Digital, which offers integrated localization solutions to online businesses and ecommerce portals. Revenues for the combined businesses was SGD 3.6m (USD 2.7m) in 2018 and is forecasted to grow past SGD 4m this year as the company works with Takara Printing to serve its clients in Japan and Southeast Asia.

“Utilizing the local language effectively is critical for the success [of companies] in new markets. In the context of Asia this situation is even more complicated,” said Hong Yin Yin, CEO of TRANSLASIA Holdings. “Our vision is to be the business partner of expanding companies. To assist them to navigate and communicate effectively across Asia by overcoming the business complexities that arise from the culture and linguistic barriers.”
The announcement of Takara Printing’s investment in TRANSLASIA follows quickly after their acquisition of TOIN, one of Japan’s oldest LSPs, in February 2019.