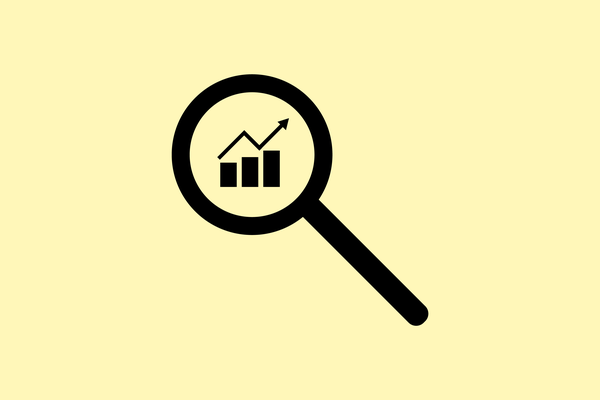 RWS Holdings plc reported their FY 2017 results on December 6th, 2017. Slator published a quick overview of the key figures on the same morning. In this article we take a closer look at the information revealed in their annual report, focusing on the impact of their recent acquisitions to their client segments and financial performance.

Beginning in 2015, RWS started to diversify from their core revenue source – patent translation, filing and information provision services – into other industry verticals. They targeted the Life Sciences market. In November 2016 they acquired CTi for USD 70m and LUZ in February 2017 for USD 82.5m.

Both were acquired at what were considered modestly premium price tags at that time. Both businesses specialised in Life Sciences translation and have since been integrated together as one division and rebranded as RWS Life Sciences.

This trend is to be expected since diversification of business risks was one of the objectives behind the two acquisitions.

First Life Sciences, then Enterprise IT

RWS’s most recent acquisition is Moravia, an enterprise IT focused LSP from the Czech Republic whose clients are said to “include many of the largest publicly traded technology companies in the world”.

Moravia’s revenues and profits were USD 159m and USD 27m respectively in 2016 and are “derived from major corporates principally based on the West Coast of the USA”. It is well known that Microsoft is Moravia’s number one account.

RWS revenue and profits in 2016 was about USD 163m and USD 40.9m respectively based on current exchange rates. Therefore, based on financials Moravia wasn’t that far behind RWS as a language industry player.

The acquisition was completed in November 2017, after RWS FY 2017 closed in end September, so Moravia’s financials did not impact the figures in this annual report. But looking out into 2018, once Moravia’s revenue contribution to the larger group is taken into account, their revenue from the tech sector may outstrip all of the other business divisions that RWS operates, including the core patents segment. (see Table 1)

On an operational level, Moravia was also a very big increment for RWS. Moravia has a headcount of 1,200. RWS has 908. That’s a 132% increase in headcount through one acquisition. Although RWS stated that Moravia will be operated as an autonomous division, effectively as a group RWS is more than doubling itself in both operation and financial size for FY 2018.

At USD 320m, the Moravia acquisition was also considerably bigger than any of the other acquisitions RWS made in recent years. The 2017 report revealed that USD 160m for this acquisition was raised through a syndicated bank facility (inclusive of their current Group borrowings) and another GBP 185m through new share issuance.

Next Acquisition Targets for RWS?

So the billion dollar question (RWS market capitalization is currently about USD 1.6bn) would be, would it make sense for RWS to continue growing through acquisitions? And if so, in what market segments?

RWS distinctly favors highly specialized, high margin markets that rely heavily on inhouse expertise that can produce high quality. This strategy was mentioned more than once in their FY 2017 report.

Even for their small Language Services division (formerly ‘Commercial Translations’), which basically lumps all other translation work (apart from patents and Life Sciences) together, RWS stated that they focus on technical translation, which again, is a translation segment that requires high degrees of specialization and knowledge to produce quality work.

Based on this distinct business strategy, if RWS intends to extend their market segments beyond patents, Life Sciences and now enterprise IT, some of the verticals that they would find attractive would be finance, legal (litigation), and possibly, high-impact marketing content, which also require highly specialized translators who can command greater price premium and client loyalty.

With China also restructuring its economy to emphasize R&D and proprietary technology, the market for an LSP strong in international patent translations can only grow

Geographically within Europe RWS only has a physical presence in the UK, France, Germany, Switzerland and Sweden. It is conceivable that they may make small acquisitions of local LSPs which can add tactically to their client base and on-site reach of their core divisions. In particular, their annual report pointed out that in order to compete successfully for high calibre staff which their translation units are very reliant on, they are prepared, “…where appropriate, to add locations in second cities that provide access to a wider talent pool.”

On a larger scale, the 2017 report specifically discussed their strong growth in China, where they have 87 employees (or 9.6% of global headcount). RWS was very positive on the Chinese market in last year’s annual report. Therefore, it is possible that RWS may seek a larger foothold in China if the right M&A opportunity came along.

With China also restructuring its economy to emphasize R&D and proprietary technology, the market for an LSP strong in international patent translations can only grow. RWS sees this opportunity quite clearly. In their annual report, they stated that, “The biggest number of filers continue to be located in the USA but the number of applications from China is growing, driven by ZTE and Huawei, who are the top two filers globally.”

Whither Neural Machine Translation for RWS?

RWS correlates this outlook on NMT with their distinct strategy of staying differentiated and focused on “critical areas….where the nuances of localisation are still highly valued by major global brands.”

Brode also revealed in a previous interview with Slator that they expect to turn their 100+ internal translators into post-editors and dispense with checkers as NMT becomes better.

All in all, it has been another good year for RWS. But at this size small acquisitions will not impact their financial performance significantly, whereas big acquisitions will be tricky given the limited number of targets and integration risks. From here out whether RWS can repeat its strong sales growth (34.4% in FY 2017 and 28% in FY 2016) may depend more on organic growth rather than M&A.