Sajan CEO Says Lackluster 2016 Performance Is on Him

River Falls, Wisconsin-based language service provider Sajan reported results for the fourth quarter and full-year 2016 on February 10, 2017. With revenues just shy of USD 30m annually, Sajan continues to hold on to its Nasdaq-listing and the cumbersome reporting requirements that come with it (unlike Lionbridge, which is 20x Sajan’s size).

The company provided an adjusted EBITDA figure of USD 0.56m that excludes the customary items such as interest expense, depreciation, etc., but, more interestingly, a USD 0.25m restructuring charge.

The year 2016 was a challenging one for Sajan. The company reacted to a revenue lull in early 2016 by trying to deploy what CEO Shannon Zimmerman described in an analyst call as a “revolutionary new operating model in the language industry” to cushion the blow from softer revenues by boosting operating margins.

The CEO offered a contrite mea culpa: “The well intended new model proved to be just that. Well intended. Challenges emerged and performance was compromised. This is on me. Period.” 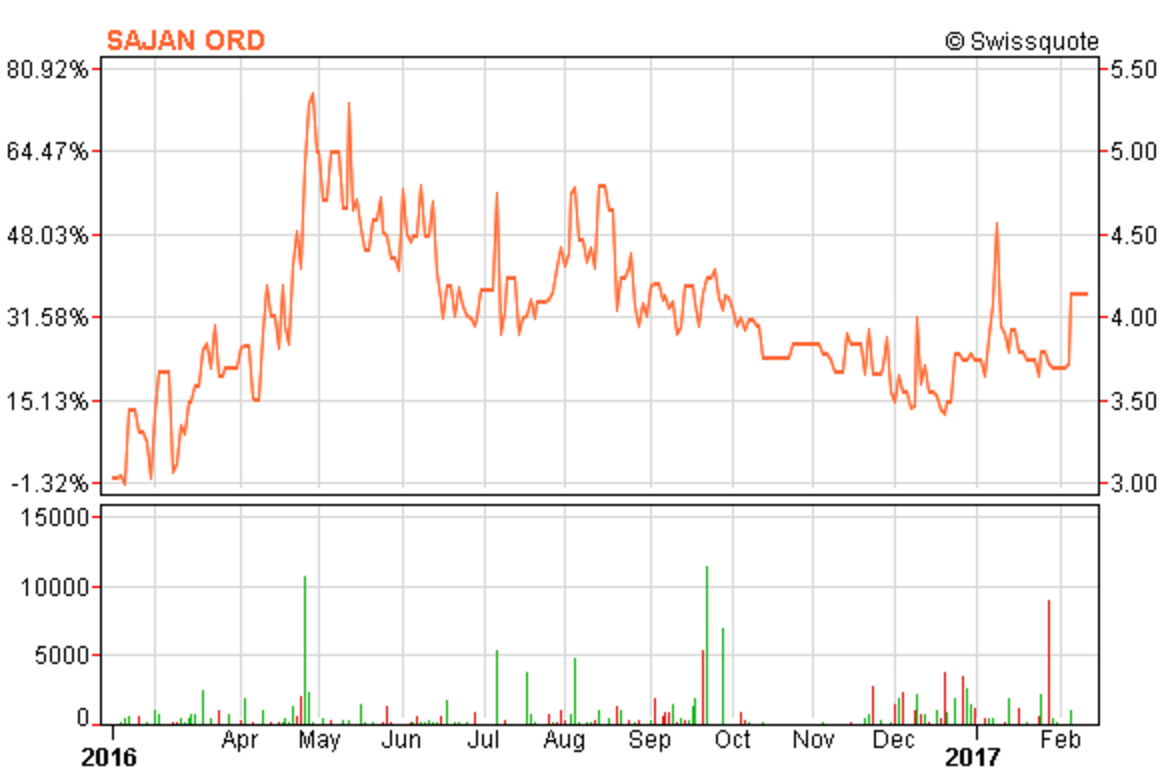 Toward the end of 2016, a year Zimmermann described as a roller coaster, Sajan launched a cost-cutting program. The exercise involved eliminating the role of COO and organizing the company along clients and verticals (i.e., the exact opposite of Lionbridge’s 2016 reorganization), scaling back the professional services business, and cutting costs in Sales, Marketing, R&D, and the Finance Department. Tom Skiba, Sajan’s CFO, expects the restructuring to yield USD 1.2m in annual savings.

Recent customer wins provided a bright spot. Sajan said it recently closed new deals with a provider of personal security and events based in the US West Coast and a large North American manufacturing company. Zimmermann said he expects additional revenues of up to a million USD annually from each of the two new accounts.

Asked by Ross Strehlow, a Financial Advisor at RBC Wealth Management, about pricing trends in the industry, Zimmermann said he has not seen any major downward shift in pricing, but highlighted the market is already highly competitive.

“It’s an interesting time in this industry,” the CEO said. “With the consolidation that’s going on, it creates, in some cases, a bit of desperation for certain providers…and the levers that they have to pull is pricing. They are willing to forgo margin. Whether it is sustainable for them probably is yet to be determined. But pricing is very competitive.”

At press time, Sajan’s market capitalization stood at USD 18.8m. The company’s shares, which are traded under the SAJA ticker on Nasdaq, are down around 20% from a high in late April 2016, but still up 45% compared to 12 months prior.