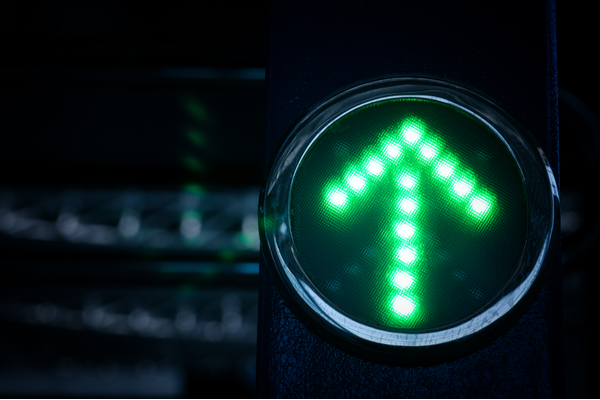 The cautious optimism from earlier in 2019 was justified after SDL reported a solid set of results for the first half of 2019. The UK-based language services and technology provider is beginning to reap the benefits of its three-year corporate transformation and relatively swift integration of Donnelley Language Solutions (DLS), which was acquired in July 2018.

Revenues for the first half rose 28% to GBP 182.5m (USD 221m) boosted by currency tailwinds and the Donnelley acquisition. On a proforma basis — that is, counting Donnelley revenues from the beginning of 2018 — growth was a more modest 6%.

Pre-tax profit was up 40% to GBP 10.9m and group gross margin tightened to 51.5% (1H18: 52.9%), reflecting an increased contribution to total revenue from the Language Services division post DLS acquisition.

Geographically speaking, SDL remains very diversified. In H1 2019, the group generated 41% of revenues from the US, 39% from Europe including the UK, and 15% from Asia-Pacific.

Investors reacted positively to the results, sending SDL shares up 10% in their wake. Analyst comments were generally favorable, with Brokerage N+1 Singer saying SDL was making “good progress on all KPIs, and Numis seeing SDL “on track.” Brokerage house Stifel was even more positive, commenting that “it is clear that SDL is getting its mojo back.”

Much of the top-line growth came from expanding share of wallet with existing large clients as opposed to new business, as SDL grew revenues by 20% with its top 10 clients. In an interview with Slator, SDL CEO Adolfo Hernandez explained that this was the result of the company’s focus on cross- and up-selling over the past three years. Going forward, Hernandez said the focus will increasingly shift to adding new logos.

Over the past three years, SDL has focused on restructuring operations and streamlining internal processes to boost margins, and they have extended this effort to include the integration of DLS. According to the report, “integration activities in 2019 are focused on applying the existing SDL operating model to DLS to drive gross margin expansion. This will be achieved through the application of technology, namely Helix and machine translation, in addition to utilising SDL’s in-house resourcing pool of over 1,400 linguists.”

While much of the language industry relies heavily on freelance translators, SDL said it achieves higher gross margins by deploying internal linguists. “We have started some selective insourcing at DLS at the end of the first half of 2019, and now expect to do more in the second half,” Hernandez told Slator, adding that they have already connected SDL’s Helix system with DLS’ Atlas.

Another interesting side note in the results was a pickup in growth in SDL’s machine translation business. After struggling to grow as competition from both niche providers and big tech intensified in 2018, Machine Translation grew 10% in the first half of 2019.

Hernandez said, “The biggest demand is customers who have enterprise machine translation needs, not necessarily their localization departments.” SDL’s opportunity in MT is with customers who may be reluctant to use any of the standard offerings from big tech but still require enterprise-grade MT.

Born in the Cloud

In September 2019, SDL will launch a new product called SDL Language Cloud — which, after stripping out the marketing jargon, is a native cloud TMS that combines many of the features from SDL’s existing TMS and productivity product suite, and is set to compete with rivals such as Smartling and XTM. Initially, SDL plans to market Language Cloud to new customers, but expects some existing clients to transition over time.

One business SDL will not go into is data annotation and AI support services, an area that rival LSPs like Lionbridge are aggressively pursuing, hoping to emulate Appen’s success. “That’s not part of our strategy. We want to be the leader in content globalization,” said Hernandez

Regarding M&A, the announcement quoted the SDL Board of Directors: “Our main strategic priority remains organic growth, supported by targeted bolt-on acquisitions.” That said, SDL seems to be doing a fairly good job of integrating DLS (existing DLS leadership stayed on and clients appear to like the extended offering), which should help with future deals. Hernandez said, “I think by now, probably, the market and customers feel that if we were to make another acquisition in the future, they would say, ‘Okay. Well, these guys are good buyers and good integrators’.”

The recent macroeconomic unease around Brexit and global trade has made an impact on some of SDL’s business, with the LSP noting some weakness in its automotive, manufacturing, and related segments in the UK and Europe.

Hernandez told Slator that there is now “a little bit more uncertainty as to the type of Brexit that will happen.” He added that they “did some contingency planning earlier in the year and the year before, we’ve revalidated that. The nature of our business continues to be highly diversified geographically, by customers, by industry.”

Overall, SDL’s results were solid and showed good progress on existing operational targets and the integration of DLS. The company does seem to have many of the pieces in place to perform well in the medium- to long-term. However, the jury is still out on whether this will be enough to catch up with the likes of rivals RWS and TransPerfect, which both significantly outperform SDL in terms of profitability. Panmure Gordon Analyst Paul Morland remains upbeat and sees “good longer-term margin upside.” According to Morland, after a recent sluggish performance, SDL shares are now very attractive and he sees upside of over 40%.