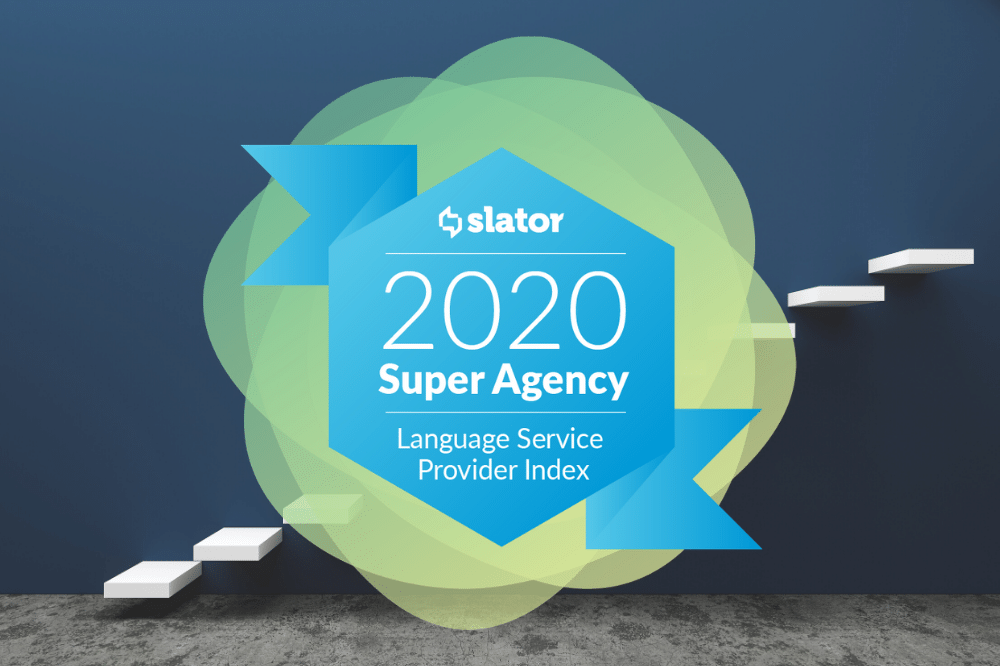 Starting with the 2019 edition of the LSPI, we began to categorize the language industry into different categories. For the 2020 edition, these are Super Agency, Leader, Challenger, and Boutique.

As a result, five well-known LSPs qualified for Super Agency status: TransPerfect, Lionbridge, SDL, RWS, and Welocalize. Combined, these Super Agencies generated USD 2.93bn in revenues in 2019, capturing roughly 12% of the overall addressable market. Here’s a quick rundown of how the five performed in 2019.

Industry leader TransPerfect notched up record revenues of USD 764m after a year of solid (if slowing) growth, both in absolute (+USD 59m) and percentage terms (+8.4%). In terms of acquisitions, TransPerfect added seven media localizers, including France-based Lylo and game localization provider MoGi, to its portfolio. Other drivers in 2019 included TransPerfect’s AI-support services division, DataForce, as well as TMS business GlobalLink.

Lionbridge maintained its No. 2 position with solid, mostly organic growth of nearly 9%. Paired with revenue growth, reducing fixed costs would likely result in a boost to profitability — which would please Lionbridge’s private equity investors, who may be eyeing an exit in the not-too-distant future.

Lionbridge’s only acquisition for the year was Tokyo-based language tech and services company Gengo. The company also won two patent translation contracts, worth around CAD 1.5m (USD 1.1m) toward the end of year, and appointed former Moody’s executive Tony Stoupas as its new Chief Technology Officer in November 2019.

SDL’s top-line increase versus 2018 was largely thanks to its mid-2018 acquisition of Donnelley Language Solutions, which helped boost revenues by 15.6% to just under USD 500m in 2019. Other key revenue drivers included advancements in SDL’s neural machine translation (NMT) product offering, the launch of SDL Language Cloud, and strong performance across the high tech, financial services, and life sciences verticals.

More than 50% of the UK-listed LSP’s revenues came from the US, while Continental Europe (ex-UK) accounted for an additional 30%. The highest growth out of RWS’ four divisions, which all grew in 2019, came from Life Sciences (25%). Along with the broader market, RWS shares have declined by over 10% since the start of the year.

US-headquartered Welocalize experienced an above-average year of organic growth at 12.2%, bringing total revenues to USD 254.6m. The LSP also acquired UK-based digital media agency Search Star. On a low note, Welocalize laid off 100 linguistic testers in Texas, which the company blamed on “unforeseen business circumstances.” The layoffs were likely due to issues around human annotation of language data by large tech companies that surfaced in 2019, and were not unique to Welocalize.

The 2020 outlook is fraught with significant uncertainty over the macroeconomic environment. At the time of writing, the Coronavirus outbreak has slowed down business around the world. It remains to be seen if the impact will be short-lived and contained to Q1, or not.

The language industry tends to be fairly cyclical, moving in sync with the broader economy as some of its revenue is derived from more discretionary business spending (e.g., marketing) as well as from core business operations (regulatory filings, etc.).

Correction: A previous version of this article suggested that Lionbridge had reduced its workforce based on anecdotal LinkedIn data; in fact, Lionbridge increased its headcount from 2018 to 2019.