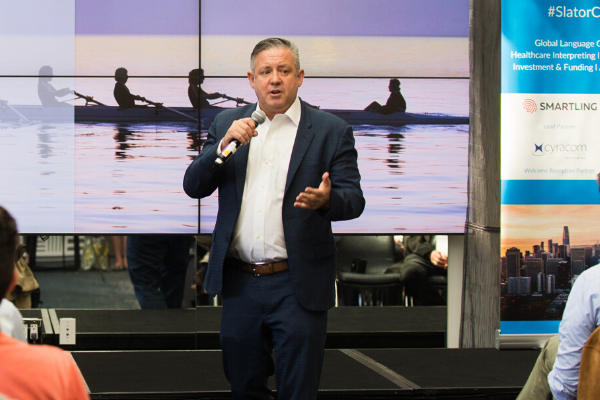 TransPerfect set a high bar in 2018 when the world’s largest language service provider by revenue added nearly USD 90m to its top-line, achieving an organic growth rate of almost 15%. It was always going to be a tall order to replicate this rate of growth in 2019.

2019 proved to be another solid year for TransPerfect, however, as revenues broke the USD three quarter of a billion mark to hit USD 764m. And, though top line growth slowed to 8.4%, TransPerfect still added the equivalent of a top-25 LSP to its revenues through a mix of organic and acquisitive growth.

2019 also marked TransPerfect’s entry in earnest to the media and gaming localization space and a return to deal-making, as the company acquired seven media localizers as well as game localization provider MoGi. Its largest acquisition, France-based Lylo, generated a little over USD 14m in 2018 revenues. Excluding acquisitions, TransPerfect likely added around USD 45m to its top-line in 2019.

Speaking about TransPerfect’s early efforts to integrate the recently acquired companies, CEO Phil Shawe told Slator that the process was off to a good start and that financial integration was well underway. The company is focusing on leveraging the new acquisitions to identify additional revenue opportunities: “the Media and Gaming merger partners have had a couple of planning summits in recent months, most recently gathering last week in Barcelona to head into 2020 with a unified strategy,” Shawe said.

TransPerfect’s decisive move into the media and gaming space comes at a time when Shawe believes that “there are traditional business models in the space that are ripe for innovation.” According to the CEO, “given the proliferation of OTT content providers, and the move toward video content on the web in general, we believe the market for media localization is strong.”

Beyond media and gaming, Shawe also told Slator that AI-support services were a growth driver in 2019. Through its so-called “DataForce” division, TransPerfect provides AI data collection and annotation services, and the company has “recently inked several new engagements within Big Tech,” Shawe said.

Another key contributor to TransPerfect’s top-line was its TMS (translation management system) division, GlobalLink, which is used by more than 5,000 organizations. GlobalLink grew 15% and added more than 630 clients to its customer numbers in 2019.

Looking ahead, Shawe again expects sales efforts to play an important role in driving organic growth in 2020. TransPerfect is likely to take a bit of a breather from closing quite so many acquisitions: “Given the number of deals we completed in 2019, we would expect a smaller number of deals in 2020,” he said.

Unless current world #2 Lionbridge upsets the wagon and delivers a standout year of organic growth for 2019, TransPerfect is set to retain its title as the world’s largest LSP by revenue throughout 2020.