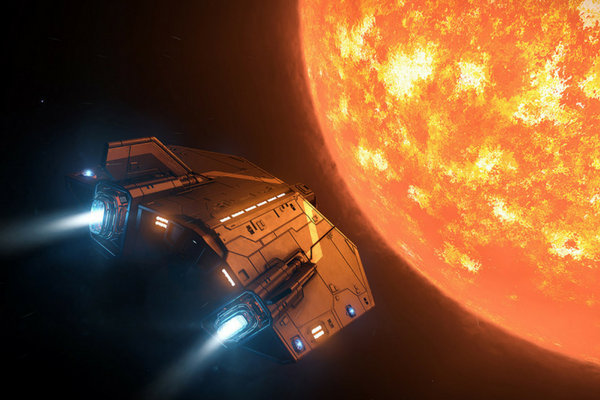 With a player community in over 40 countries, British video game developer Frontier Developments is very much in the gaming news lately. A new update for its massively multiplayer space epic Elite Dangerous was unveiled on February 27, 2018.

Elite is Frontier’s first self-published triple-A game and has over 3.25 million franchise sales. It is one of two games that marked the company’s transition to a self-publishing studio. The other one is Planet Coaster, which has sold more than 1.4 million copies on PC.

In 2017, both games were nominated at the British Academy of Film and Television Arts (BAFTA). Planet Coaster was cited in the Best British Game category, while Elite Dangerous was listed among the Best Evolving Games.

Localization Manager Tamara Tirjak told Slator that localizing games is the first step in reaching out to the global gamer community, so the company is continuously looking at expanding the number of languages it supports.

Elite Dangerous is available in English, German, French, Russian, Spanish and, as of the latest update, Brazilian Portuguese. In addition to these, Planet Coaster also offers support for the main Asian languages: Japanese, Korean and Chinese.

“We firmly believe in the importance of localization in bringing our games closer to the hearts and minds of our overseas players, and we work in partnership with leading global language service providers to achieve this,” she said.

She added, “Frontier does have a small internal localization team driving these efforts, but in general we prefer to rely on in-country translators and voice talents to deliver a truly local and authentic experience to our players.”

Tirjak disclosed that the total volume of Elite is close to 700,000 words, which is around the volume of The Lord of the Rings trilogy, plus The Hobbit.

“And this is only the game client which regularly gets updated with new features and content, and does not include the weekly batch of new community goals and articles on GalNet, our in-game news portal used to report on the latest galactic happenings and to progress the narrative,” she said.


“In general we prefer to rely on in-country translators and voice talents to deliver a truly local and authentic experience to our players” — Tamara Tirjak, Localization Manager, Frontier Developments

“We also have an incredible Spanish and Brazilian community. In fact, the initial translation into these languages were largely completed as a community initiative, and they still continue to contribute to the localized version,” Tirjak said.

Planet Coaster and its upcoming title Jurassic World: Evolution are somewhat smaller, but they both support more languages. “We were very excited to bring Planet Coaster to Asia, and were happy to see that our game captured the imagination of players in the region,” she shared.

For the volumes and complexity of the tasks Frontier handles in its daily work, the localization manager said Frontier uses a third-party translation productivity tool (memoQ) for translation projects.

There are always exciting, new localization challenges to tackle at Frontier, according to Tirjak.

In Planet Coaster, the guests walking around and the staff working in the theme parks speak an expressive language created for the game called ‘Planco’.

“So, I converted our favorite CAT tool into a simple but smart machine translation engine, and we have used it to translate the website, announcements and basically anything else into Planco. It’s a fun easter egg for players,” she said.

The sheer size and complexity of Elite Dangerous are also challenging for the localization team.

“So, I converted our favorite CAT tool into a simple but smart machine translation engine”

“If I were to highlight an interesting recent project that will be part of our upcoming ‘3.0 Beyond’ update released on 27 February, I would say ‘GalNet Audio.’ Up to now GalNet was a collection of articles players could read, but now we have incorporated an advanced text-to-speech technology into the game, allowing players to listen to the articles while they are flying to their new destination, browsing commodities or ship upgrades, or picking up a new contract,” she said.

“And of course we have to make them sound good in six languages,” she added.

Machine translation (MT) is impossible to ignore if someone works with localization, according to Tirjak. “Instead of a threat to the livelihood of translators, I see it as a great way to augment their work if they are open to embracing this new technology,” she said.

For one, she said custom-trained neural MT engines have become affordable even to small teams and freelancers. However, she said she is curious to see how it will transform the job and the training of content developers and technical writers.

That there will be a need to “create ‘MT-friendly’ text in order to maximize the leverage of this technology, increase the efficiency of translators and yes, eventually lower the costs” is also something worth watching.

“What was previously dismissed as too expensive, now will become affordable. So I don’t think the translators will earn less in total, let alone be driven out of business”

However, Tirjak also sees that lower costs will also mean expanding scopes of text to translate.

“What was previously dismissed as too expensive, now will become affordable. So I don’t think the translators will earn less in total, let alone be driven out of business. True, they might lose out on some work that can now be done by machines instead, but that will free them up to focus on more creative and interesting things, like adapting the text to fit the culture,” she explained.

“I am also fascinated by the emerging applications of machine translation, especially combined with other related technology like text-to-speech, or character and speech recognition. These will shape the future for the better, as long as we see them for what they are – accessibility tools, and not a replacement for a human professional – and use them accordingly,” she added.