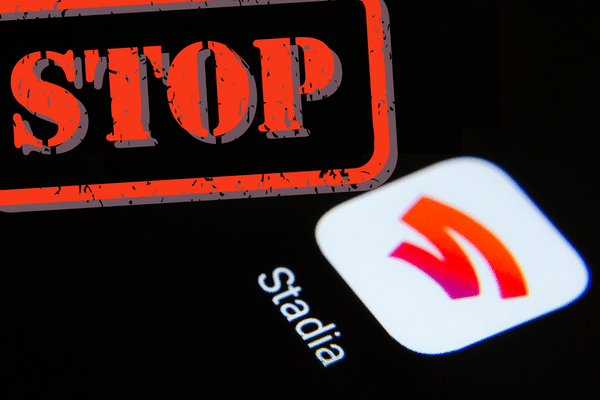 Google has dropped the hammer, Superhot-style, on its gaming platform, Stadia. Over a year and a half after announcing the end of Google Stadia games, Phil Harrison, Google Stadia VP and GM, said they would kill the platform as well.

In a September 29, 2022 blog post, Harrison admitted that Stadia “hasn’t gained the traction with users that we expected so we’ve made the difficult decision to begin winding down our Stadia streaming service.”

The Stadia VP said the company will refund “all Stadia hardware purchases made through the Google Store” as well as add-ons bought from the Stadia store. Player access ends on January 18, 2023 and, according to Harrison, most of the refunds should be complete by mid-month.

The slo-mo axing of Stadia, surprisingly caught many by, well, surprise — game developers and even “the entire gaming industry” by one account. Why?

Aside from Harrison’s reassuring words back in February 2021 — to wit, that Google is (a) “committed to the future of cloud gaming”; (b) will “continue to invest in Stadia and its underlying platform”; (c) the platform had “been the vision of Stadia since the beginning” — another simple reason emerged. Google did not communicate the shutdown to developers (hat tip to @PaulTassi).

Google refunding Stadia players is great and all but maybe they should have talked to like, any developers pic.twitter.com/ZoXBy3vsMf

Tom Vian @SFBTom tweeted, “Tangle Tower was due to launch on Stadia in 2 days time, and this article was the first I heard about it shutting down 😢”; to which Rebecca Heineman @burgerbecky replied, “We have a title coming out November 1st. Now we hear about this.”

Stadia employees, too, found out about the wind down “just minutes before the public” did. (This tweet from Peter Yang @petergyang indicates that, perhaps, not all employees, especially the older ones, were taken by surprise.)

Google insiders explain why Google launches many products and then abandons them.

Hint: It has to do with chasing promotions. 🤦‍♂️ pic.twitter.com/u9nwleGxHK

To be fair, Google did, eventually, reach out to its game-dev partners and is “working to lessen the pain” associated with the Stadia shutdown, according to Heineman. She added, “We are now focused on the Xbox version and will get that to market quicker since we are no longer commuting resources to the Stadia version.”

In short, life goes on and game localization continues to be a major industry growth area: Keywords’ game localization and testing unit (Subscriber Content) just reported 32% growth for H1 2022; Super Agency Lionbridge is beefing up game testing via M&A; even Netflix has gone the M&A route to expand its mobile games offering, in addition to hiring localization professionals.

Oh, and by the way, the European Union had already, this year, earmarked some EUR 18m for investment directly into the video games industry — with EUR 40m in sector-related funding opportunities.

That Google Stadia’s shutdown will, most likely, hardly move the needle in game localization demand is telling.