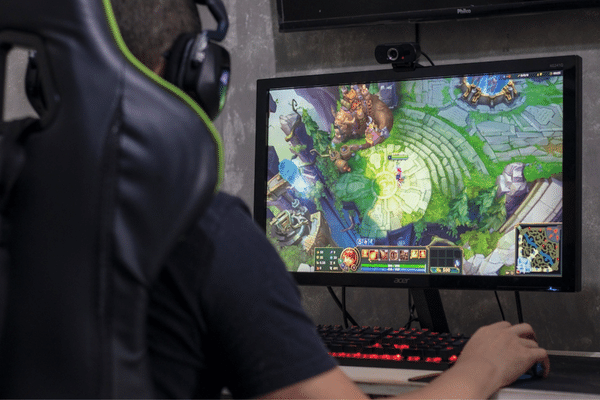 As 2022 comes to a close, various publications are busy drawing up their lists of “best games of the year.” But how many of this year’s titles include the names of translators in the credits? How many acknowledge the linguists who localize a game’s text and audio, enabling its release to a wider, international audience?

Keeping a close eye on this question is the #translatorsinthecredits movement. As reported in May 2022, the twitter-centric initiative (driven by individual translators as well as dedicated accounts such as Loc in Credits and Gameloc Gathering) aims to “bring game localization out of the shadows.”

The last six months have seen the movement gain some traction. Tweeters have spotlighted games that credit translators, engaged in dialogue with publishers on the topic, and even prompted a handful of developers to backtrack on their initial decision to omit translator names.

In mid-November, Gameloc Gathering tweeted the “beautiful piece of news” that indie narrative game Once Upon a Jester listed its translators in the game credits. The Wandering Village by Swiss developers Stray Fawn Studio was also given a shout-out for naming its translators for 13 languages.

One high-profile title that has taken a public stance on crediting is Immortality. Released in August 2022, Immortality merges elements of film and video games to create an interactive experience — an emerging genre into which Netflix has indicated plans to expand.

Immortality writer and director Sam Barlow tweeted in November that everybody who worked on the project was credited. And, he added, “it didn’t take much effort.”

According to Immortality’s credits, the game was localized by Lionbridge. More than 50 localization contributors — from localization management, language quality, LQA testing, and language teams — were named.

The game industry does not have standardized practices for crediting. Approaches vary widely between game developers and publishers, and among the language service providers (LSPs) that provide game localization.

In the last half-year, the #translatorsinthecredits movement has spurred dialogue between these different stakeholders.

Josh Sawyer, Director of Pentiment, a high-profile mystery game, responded in November 2022 to a complaint from game designer Hayden Scott Baron, who highlighted the omission of German translator information.

In October 2022, game services provider allcorrect replied to a Loc in Credits tweet, saying that it had updated its crediting policies earlier in the year and would be retrospectively updating credits in its earlier releases such as the RPG game Potion Permit.

Indie studio Cogoo explained in a July 2022 statement that the LSP responsible for localizing its game Rocco’s Island had initially declined to disclose translator names. However, a second attempt to obtain the names, prompted by feedback from “people reaching out to us over Twitter,” was successful.

Cogoo said, “We are very happy to let everyone know that on this update [a new version of Rocco’s Island], our credit section of the game now includes the names of the translators.”

It is still common for translators to be omitted from the credits of games, whether indie release or major title. Numerous factors are at play: formal policies, NDAs intended to prevent information being leaked, competition for expert linguists, and so on. Practical considerations relating to the game development life cycle also play a part.

However, it is clear that the #translatorsinthecredits movement has kindled a lively dialogue between translators, LSPs, game developers, and publishers. This conversation is now influencing how translator crediting is perceived and practiced in the gaming and language service industries.