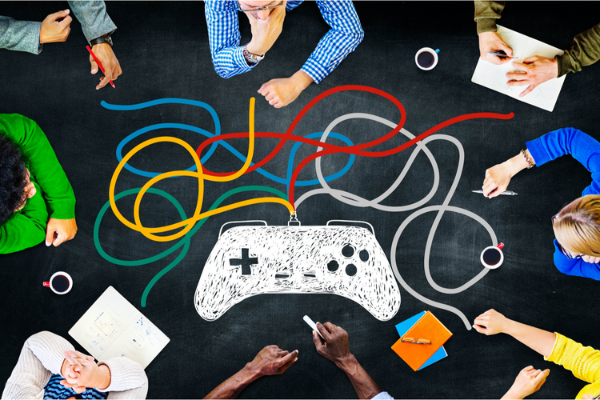 The game localization panel at the inaugural SlatorCon Remote on July 9, 2020 began with an icebreaker of sorts. Moderator Daniel Finck polled the audience to find out how many were gamers.

More than half had played (avidly / regularly, 30%; or sometimes, 26%) compared to the 39% who said they never did; while the remaining 5% only played when Netflix was offline.

Estimates peg the global gaming market to be worth north of USD 150bn. And, although an obvious revenue driver, game localization is only a small fraction of the business — a fact that poses a challenge, as panelist Tamara Tirják pointed out. Tirják is Senior Localization Manager at Frontier Developments, a self-publishing video game developer with a staff of over 500 in Cambridge, UK.

Another challenge is overcoming the skepticism over the use of machine translation (MT) in game localization — “especially when dealing with entertainment texts — creative texts that are supposed to be funny and witty, and connect culturally or allow for cultural differences,” Finck said. Loquatics Solutions Architect Finck is an independent consultant who has designed and managed localization processes and teams for F2P and MMORPG on the publisher side.

Cristina Anselmi agreed. Based in Cologne, Germany, Anselmi is Machine Translation Lead at gaming giant Electronic Arts (EA). She said, “Actually, the biggest challenge was not even finding the right provider and finding good translation quality, but educating to change the skepticism toward MT. The skepticism is understandable, because gaming text is very creative.”

There are many ways to help people overcome their skepticism toward MT and get used to it, according to Anselmi. “The most effective one, I think, is transparency,” she said.

“The biggest challenge was not even finding the right provider and finding good translation quality, but educating to change the skepticism toward MT” — Cristina Anselmi, Machine Translation Lead, Electronic Arts

In the case of external vendors, whom they regard as part of their team, Anselmi said, EA tries to “get them involved in everything — even down to the selection of the material to train the engines, so that they could give feedback.”

On top of that, she told the online audience, “There was a lot of skepticism toward MT within the team itself, which is normal, and we used the same approach: keeping every department up to date on what we’re working on, trying to get everybody involved because everyone can actually take part in it. The situation is really improving. Way more people are interested in MT and believe it can help and not just create problems for them.”

Moreover, Finck added, while translators often think that “MT might take their work away,” he sees it as the translator’s time simply being put to better use. “With MT, translators could spend their time on things that add more of value — the more creative parts that machines cannot do. Of course, that takes a little bit of task management,” he said.

Emphasizing the importance of automation in general, Finck noted how “some of these games are role-playing games with millions of words, which you have to localize for a bunch of languages in sync with each other,” and so on for each update and iteration. He added, “This whole process takes so long and involves so many people. So everything you can automate means you can get content out faster.”

“With MT, translators could spend their time on things that add more of value — the more creative parts that machines cannot do” — Daniel Finck, Solutions Architect, Loquatics

For her part, Anselmi said this is the main reason EA decided to implement MT in April 2019. She explained, “We needed to process a super-large volume of translations very fast. That was after a long period of testing different providers to see which kind of quality would be better for our text. Text for video games is actually very peculiar. There are many challenges; for example, terminology, style, and the presence of a lot of variables.”

Anselmi added, “We had to come up with something that wouldn’t create problems for the post-editors, but instead help them work faster. It’s not easy to implement MT, but it pays off in the long run.”

Why Not Everything Should Be Automated

Giving the audience at SlatorCon Remote a better idea of the types of content game localizers, such as Frontier Developments, handle on a daily basis, Senior Localization Manager Tirják said, “We handle a broad range of content; we have on-screen text, dialogues, and technical content. We also have literary content, marketing transcreation, and legal copy, and the approach will be different for each.”

“We had to come up with something that wouldn’t create problems for the post-editors, but instead help them work faster” — Cristina Anselmi, Machine Translation Lead, Electronic Arts

Tirják said they also need to work on continuous delivery: “Once a game is published, development normally doesn’t stop there. There are usually regular updates for content and new features after the initial release.”

On the potential of using computer-generated voices to dub games and further accelerate speed to market, Tirják pointed out how “text-to-speech will never be able to replace the high-quality performance of voice talents, which we have gotten used to when delivering in-game dialogue.”

“We often find our tool development needs competing with those of the artists and programmers who create the game” — Tamara Tirják, Senior Localization Manager, Frontier Developments

Rather than text-to-speech, she said Frontier has opted for synthesized speech. “In Elite Dangerous, we had an in-game news service, like a radio station, where the turnaround time for writing, translation, and voice support was often less than 48 hours. For this we used synthesized speech, as the computerized voice fit perfectly.”

She added, “One thing that I would like to emphasize is that we do not use a fully automated workflow in localizing games. Everything in a game is curated by my team  —  by native speakers — to make sure that game-specific names, locations, etc. are pronounced properly.”

Over and above advocating automation, Tirják pointed out the “big need to evangelize localization” within the organization.

As mentioned, “Often the challenge within a game studio is that localization is a small part of the business,” Tirják said. “So we often find our tool development needs competing with those of the artists and programmers who create the game. For this reason, it is vital to ensure that people understand just how important it is for the localization team to have a proper toolset.”