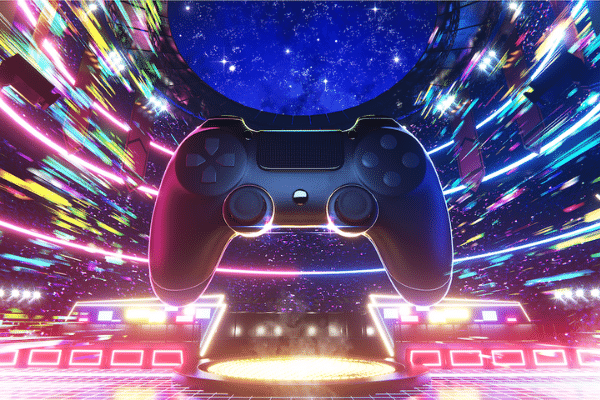 In the language industry, it is old news that translation technology — specifically machine translation (MT) — has advanced by leaps and bounds over the past five years. Other industries have caught on, and, as a September 2021 article by technology-focused webzine Input pointed out, many game developers have come to rely on MT to attract fans worldwide.

Some companies actually rely on multilingual players for QA. Results are, so far, quite mixed; as are reactions from gamers on the increasingly common practice.

The article, “As translation technology improves, game localizations are getting worse,” has sparked hundreds of comments on Reddit.

“Most of the problems mentioned with bad localization have to do with bad practices (lack of communication and poor management) rather than the technology used,” one commenter wrote, describing the article’s title as “misleading.”

Another Reddit user suggested that the article overlooked the possible improvements the new crowdsourced QA might offer: “[The article doesn’t] explain why some developers are trying to hire people who are also players of their games and why that’s a monumental shift compared to the no-context-no-copy-dump of the past, and so on.” (This refers to the standard format game translations took for years: spreadsheets with a set of instructions or terms in one language with blanks in the next column for the translations — no screenshots included.)

On a pessimistic note, many freelance translators said companies opt for MT and fans’ edits to cut costs. “Any translator worth their money will ask for an example of a translation before accepting […] a job like Machine Translation Post-editing (MTPE) or outright avoid them completely, if possible,” one Reddit user wrote.

Another gamer agreed that the use of MT is “mostly an issue of companies simply not being willing to spend the money.” Some new gaming platforms, such as Apple Arcade, require games to be translated into certain languages before the platform will make the games available to players. “I wouldn’t be surprised if the majority of English -> Turkish video game translations are done simply so that they can check a box on a submission form,” the commenter mused.

Playing Around with MT

While some players end up polishing MT-produced translations, others turn to MT themselves to access games that companies choose not to translate.

“I would always rather have a fan-translation than a machine translation,” said one gamer on Reddit, who asked fellow fans of Japanese role-playing games how MT might advance the gaming industry in the near future. “I turn toward machine translation out of desperation, in order to play the games that I really want to, even if I can barely make out the general plot.”

In 2016, professional Japanese – English translator Clyde Mandelin ran the original Japanese text of “Final Fantasy IV” through Google Translate to produce “Funky Fantasy IV,” which he called a “100% machine-translated” version of the game. His experiment coincided with Google Translate’s shift to neural MT, and Mandelin compares translations from the different engines.

In fact, there are some specific tools to help fans of more obscure titles play in their preferred language. In 2019, game designer Seth A. Robinson introduced his Universal Game Translator, which used Google’s API to scan screenshots of a game, identify text, and present the translation.

ZTranslate, a hybrid model launched in 2019, promises to “translate any video game to any language” with optical character recognition (OCR), MT, and human translators — that is, users themselves are invited to source images and fix the automated translations. There is even an advanced translation plugin for Unity-based games on Github.

Gamers and translators seem to agree: Whether crowdsourced or company-backed, MT-generated translations should come with a few caveats. “All machine translation is HORRIBLE – this [in] no way replaces the work of real translators,” Universal Game Translator creator Robinson wrote. “It’s just (slightly) better than nothing and can stop you from choosing ‘erase all data’ instead of ‘continue game’ or whatever.”