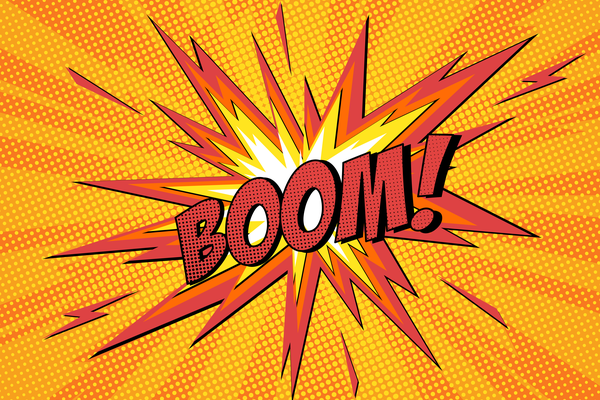 While the FANG stocks (Facebook, Amazon, Netflix, Google) are having a wild ride on Nasdaq, neural machine translation (NMT) output by three of these four is hitting record highs.

Although NMT research output underwent a bit of downtime during December 2017 and the first couple of months of 2018, it seems to be in a resurgence since February 2018.

We found that between November 1, 2017 and February 14, 2018, there were at least 58 relevant papers, 12 of which were not about NMT specifically, meaning that there were 46 NMT-specific research papers published during this 105 day stretch.

Between February 15, 2018 and April 26, 2018, however—a 70 day stretch—we found 76 relevant papers. Of those, 51 directly related to NMT.  Some of those papers not strictly about NMT experimented on NMT as a subdomain of machine learning or neural networks, reflecting how much of a hot research topic it is.

There is clearly a spike in publishing, and the big players like IBM, Microsoft, Facebook, Amazon, and Google are all actively researching NMT. The most recent and significant research done by the “Big Tech” companies include:

Low-resource languages are a practical problem for Facebook, which reached the two billion user mark in 2017 and requires 4.5 billion translations a day.

A portion of those billions of translations is for low-resource languages, such as Turkish, Vietnamese, and Tagalog, the main dialect of the Philippines, the social media capital of the world with over 47 million Facebook users.

In Amazon Research’s most recent paper, “A neural interlingua for multilingual machine translation,” the authors claim that they developed a model that “learns a true interlingua by performing direct zero-shot translation.”

The problem is that for every word that the NMT engine needs to remember to translate a specific way, the entire system slows down a bit.

This paper presents an application of constrained decoding used on Amazon’s Sockeye that reduces the complexity of the method, therefore speeding it up.

Google has a finger in pretty much every pie, and Arxiv research papers from Google Brain researchers include co-authored publications with Microsoft on low-resource languages, machine reading and question-answering, and unsupervised learning.

The subject of their most recent paper is quite telling, however: “The Best of Both Worlds: Combining Recent Advances in Neural Machine Translation.” As its title suggests, Google’s researchers made mishmash NMT engines by combining the best parts of recent NMT models: recurrent neural networks (RNN), convolutional neural networks (CNN), and their own self-attentional transfomer model.

Google came up with a new and improved recurrent NMT (they called RNMT+), which uses some aspects of their own, in-production transformer model. In addition to RNMT+, they developed two more models which then reportedly outperformed RNMT+ by a slight margin.

All three engines outperformed state-of-the-art, according to Google, including their own in-production Google Translate transformer.

No word yet on implementation schedules, if any. Assuming they are not already involved in a constant rollout (similar to what Google does for its search algorithm), implementation could happen soon,  given Google’s new engines and research on further improving their self-attention mechanism.

Slator recently published Prof. Andy Way’s take on the limitations of BLEU. Post’s point, however, was what he calls BLEU’s “curse”, i.e. “a lack of consensus in how to report scores.”

“Although people refer to “the” BLEU score, BLEU scores can vary wildly with changes to its parameterization and, especially, reference processing schemes. Yet these details are absent from papers or hard to determine,” Post wrote in the paper’s abstract. “We quantify this variation, finding differences as high as 1.8 between commonly used configurations.”

All of the subject matter experts Slator spoke to for our NMT report 2018 also noted BLEU’s limitations especially in the era of neural, and most agreed that the only real basis for assessing NMT output quality was human evaluation.

On that note, One Hour Translation recently announced that they are launching their first NMT quality index they compiled from millions of human evaluations of NMT output. This is among the first of its kind in the language services market, and it remains to be seen how it will impact the development and adoption of NMT across the industry.

In April, up to the 26th, there were 43 papers published, which shatters November 2017’s record of 31 for the entire month.

Caveat: since NMT research began steadily increasing in 2017, abstracts of Arxiv papers have been actively mentioning NMT, though their subject matter may only be related and not strictly about NMT.

The research papers Slator reviewed from mid-February to late-April differ from those we first looked at in our article in mid-February, and there are some noticeable new trends in research direction:

Meanwhile, there are conferences and meetups regarding NMT the world over. On April 18, 2018, Slator attended a NMT meet-up in Zurich, hosted by Textshuttle CTOSamuel Läubli.

The event showcased two presentations from Mirko Plitt, Head of Technology at Translators without Borders and Founder of Modulo Language Automation, as well as NMT research pioneer Rico Sennrich, Assistant Professor at the University of Edinburgh.

Plitt highlighted what in his view was the real breakthrough, interactive MT, where “the user works differently with technology,” citing adaptive MT company Lilt.

Sennrich, meanwhile, asserted that when it comes to NMT, “we haven’t hit a ceiling yet.” And, as he also emphasized in Slator’s NMT 2018 report, he said NMT works really well if there is a lot of data, but there are a lot of languages where there is very little data.

In the business world, the impact of much higher quality machine translation is fast becoming felt throughout the supply chain. A number of language service providers Slator spoke to over the past few months are actively lowering unit prices and / or reaping significant productivity gains.

Editor’s note: this article has been updated on April 30, 2018 to reflect One Hour Translation’s NMT Quality Index as it relates to NMT evaluation.