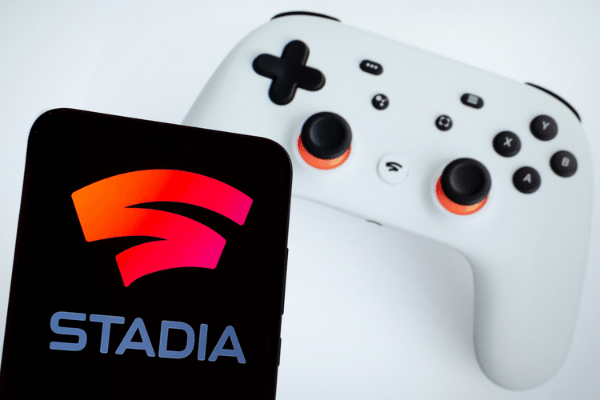 Google has announced that it will no longer compete in the game development market. “We’ve decided that we will not be investing further in bringing exclusive content from our internal development team SG&E, beyond any near-term planned games,” wrote Phil Harrison, Vice President and GM at Google Stadia in a February 1, 2021 blog post.

The platform, however, stays and Google will “continue to invest in Stadia and its underlying platform […] This has been the vision of Stadia since the beginning,” Harrison added.

The “near-term planned games” Harrison mentioned presumably include original titles (i.e., first-party games) from “a roadmap of about 400 games” that were being developed for 2021 and beyond.

SG&E, which stands for Stadia Games & Entertainment, was the search giant’s bid to join the game dev fray with the likes of Microsoft (xCloud) and Apple (Arcade) — that is, streaming games with the added complexity of developing them.

It was back in the spring of 2019 that Slator covered the launch of subscription-based, game-streaming-plus-dev business models by the three tech titans; essentially Netflix, but for games (SlatorPro).

As mentioned, the model offers a significant cost advantage (versus the commission-based model of game marketplaces such as Steam). That is, developers and publishers can reduce distribution costs, enjoy hiked up margins, and maybe even invest more on content, marketing, and support.

While the Netflix-for-games model could, potentially, (to make a bad pun) change the game, there are several reasons why it would not. First, the model’s track record isn’t all that great. Years ago, startups such as Gaikai and OnLive tried to make the concept fly, but were eventually swallowed up by Sony (SlatorPro).

Another reason, the Netflix-for-games concept has a built-in flaw, as pointed out in a LinkedIn article by Denis Khamin, who begged to differ from the conclusions of our SlatorPro article. Khamin makes a valid argument: Viewers consume movies and TV shows quickly; gamers not so much.

“If you beat a video game in just three hours, you won’t be happy at all. Some gamers have spent their entire gaming lives on a single game […] This is why most of us don’t really need a subscription to an unlimited list of games,” Khamin said.

Google had a whole organization built around SG&E, including Ron Gray, Head of QA and Localization and, of course, Jade Raymond, VP and Head of Stadia Games and Entertainment, whom Google hired in 2019 to lead the game dev team.

Raymond will leave the company, the Google blog post said, adding that they will try to find roles for the rest of the SG&E team within Google. According to gaming website Kotaku, the company will close its two game studios in Montreal and Los Angeles and about 150 employees will be affected.

As for Stadia gamers, they will still be able to continue playing all their games and third-party titles available through the platform. And who knows? The Netflix-for-games model could still work, despite the naysayers. Microsoft and Apple are, at least for now, willing to stick around to find out.

Microsoft owns a couple dozen first-party studios. Apple owns about a hundred (although, as of last summer, it is said to be rethinking the Arcade model). Even Khamin admits that “when it comes to exclusive content for mobile gamers, it’s an interesting story that’s still in development. Stay tuned.”