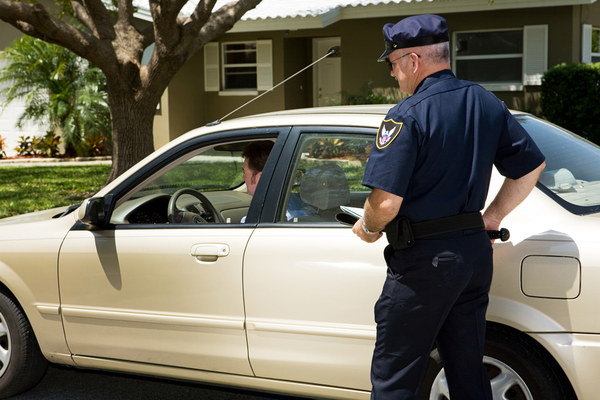 Machine translation recently played a central role in a court ruling in Kansas dated June 4, 2018. On September 21 last year, Omar Cruz-Zamora was driving along a highway in Lincoln County, Kansas, when police pulled him over. Cruz-Zamora is a Mexican native with a legal visa to be in the US; he did not speak English. The police officer’s solution? Google Translate, as first reported by QZ.

Officer Ryan Wolting took Cruz-Zamora back to his squad car for a multilingual conversation using Google Translate, after which the latter was issued a warning for driving with a suspended license. Before Cruz-Zamora could go back to his vehicle, however, Wolting asked a few more questions via Translate, culminating in a request to search Cruz-Zamora’s vehicle.

The US’ fourth amendment prohibits search and seizure without a warrant or probable cause. Cruz-Zamora had to clearly consent to the search first. There’s the rub: the exchange between him and officer Wolting via Translate was not clear.

On several instances during the exchange, Cruz-Zamora expressed confusion and said he did not understand what officer Wolting was asking. As for the request to search, Google translated Wolting’s question “Can I search the car?” into “¿Puedo buscar el auto?”

A professional interpreter consulted about the case said this was a correct translation in the literal sense (i.e. every word on its own was correctly translated but not the sentence as a whole), but “it is not the question Wolting intended to ask defendant.”

The defendant “would not necessarily have been able to interpret that question as it was intended,” said the interpreter. Back-translated through Google Translate, “¿Puedo buscar el auto?” works out to be “Can I find the car?,” she added.

14 Pounds of Cocaine and Meth

Cruz-Zamora reportedly replied to Wolting’s Google translated request affirmatively, saying “Yeah, yeah. Go.” Upon searching the vehicle, Wolting found 14 pounds of cocaine and methamphetamines. Fast forward a around month later and Cruz-Zamora was charged with two counts of Possession with Intent to Distribute a Controlled Substance.

The Kansas court ultimately concluded that Cruz-Zamora did not understand what was asked and therefore could not have clearly consented to the search, and his Motion to Suppress evidence was granted.

A few key takeaways noted in the court ruling said Wolting was aware there were other options available to him aside from Google Translate (legal interpreters), and that given only video and audio recording of the event, “there is no evidence of what question defendant was responding to, as there is no documentation of what questions Wolting was typing into Google Translate.”

The court consulted two professional interpreters and both testified that “Google Translate should only be used for literal word-for-word translations as [it] cannot take context into consideration.”

The two interpreters testified that “it might be reasonable for an officer to use Google Translate to gather basic information such as the defendant’s name or where the defendant was travelling, the court does not believe it is reasonable to rely on the service to obtain consent to an otherwise illegal search.”

The question of machine translation in a legal setting has been hotly debated in the UK recently, after a top judge predicted that human interpreters will be replaced by AI in the courtroom in the next few years. In response, the UK’s Institute of Translation and Interpreting (ITI) issued a statement warning of miscarriages of justice “unless significant time and resource were put into testing, developing and trialling systems for use in legal cases.”