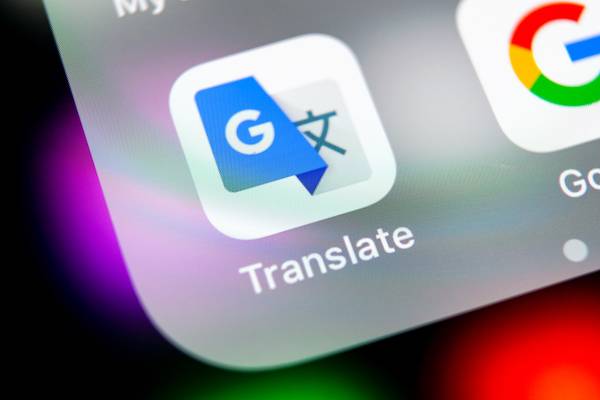 On January 12, 2019, a tweet from Jake Miller, a Trainer for Google for Education, pointed out that using the built-in Google Translate formula on Google Sheets can make for a decent list of simple, multilingual vocabulary words for English learners. The tweet went on to garner nearly 650 retweets and almost 1,300 likes as of this writing.

Miller’s original tweet picked up even more steam when it was posted on the lifehacks subreddit and found its way onto Lifehacker on April 1 due to its popularity.

Even before that though, on March 27, 2019, Google Android engineer Nishant Srivastava pointed out in a retweet that this same feature can be “super handy for indie Android devs when considering simple localization.”

Really? How? In his Medium article, Srivastava demonstrated that using the Google Translate formula on Google Sheets, supplemented with a bit of Google AppScript, can be used by developers to create a rudimentary DIY app localization platform.

Srivastava’s original idea is akin to using Google Sheets to make rows of calculations via formulae instead of painstakingly crunching numbers using a calculator.

So instead of an independent developer manually copying line after line from document after document in the LocalStrings repository of their app and pasting it into Google Translate, and reversing the process to get a translated version of all their app strings (the ultimate manual process), the Google Translate formula gets it done in a single sweeping action. The translation is all automated; no human in the loop.

Pretty neat. But that alone does not really deliver on Srivastava’s premise of it “being super handy” for independent developers. So he took it a step further and used Google AppScript to parse and format the data properly in a typical strings.xml file. He even had the script generate the proper directory structure within a Google Drive folder, emulating the folder structure the strings.xml file would refer to within an actual mobile app.

Srivastava noted in his post that he intends to open-source his creation. “I think it works for most Indie devs who cannot afford to pay for translation services and hopefully it will be as helpful as I think it is,” he wrote.

Srivastava’s loc shortcut has garnered a fairly positive response on Twitter (44 retweets and 152 likes as of this writing) — which may be interpreted as an indication that low-cost localization is top of mind for many indie developers.

Google itself advises against machine translated content in apps but does not explicitly forbid it in their policy. Yes, despite the much-discussed quality limitations of automated translation, could Srivastava’s shortcut still be helpful to developers attempting to localize on a shoestring?

“I love Google Sheets. I’ve written a lot and taught others how to use it to the full extent. That formula has been available since 2012, at least,” said Pedro Souto, Head of Marketing at Lokalise, one of the youngest translation companies in the space. Despite his admiration for it though, Souto told Slator, “Using Google Sheets for translation is just a bad idea. It is one step forward and two steps back.”

He explained it would be much faster to process the strings.xml file through an actual platform and then choose which integrated neural machine translation engines (Google’s included) to use, free of charge.

“Google sheets doesn’t provide spelling and grammar checks and lacks visual context. With a TMS, you can easily attach screenshots to the keys and improve the translation quality,” Souto noted, adding that without the right setup, indie developers would not reap the benefits Google’s Srivastava mentioned in his Medium article.

“Using Google Sheets for translation is just a bad idea. It is one step forward and two steps back.” — Pedro Souto, Head of Marketing, Lokalise

Frederik Vollert, Managing Director of PhraseApp, shares the same sentiment: “Google Sheets has a nice interface. However, this reflects the naive approach to localization most companies and teams take in the beginning. Once they realize the limitations of the approach, reusability of the translated content, accordance to voice/brand/style guides, etc., it stays what it is — a simple approach to get started but nothing advisable for professional companies or teams.”

“The problem of the process isn’t the accessibility of the Google Translate interface, but its and Google Sheets interface’s limitations,” Vollert pointed out.

He added, “Any Android engineer in the world is capable of using the Google Translate API directly. So I do not think that, while being a nice work-hack to make the translation interface accessible to the whole team, this is a big deal.”

“A simple approach to get started but nothing advisable for professional companies or teams.” — Frederik Vollert, Managing Director, PhraseApp

If anything, though, this novel demonstration of basic localization automation highlights how much can be automated in the process. There is indeed potential for automated but cheap solutions, especially at the tail end of demand where there are thousands of, as Srivastava puts it, “indie devs who cannot afford to pay for translation services.”