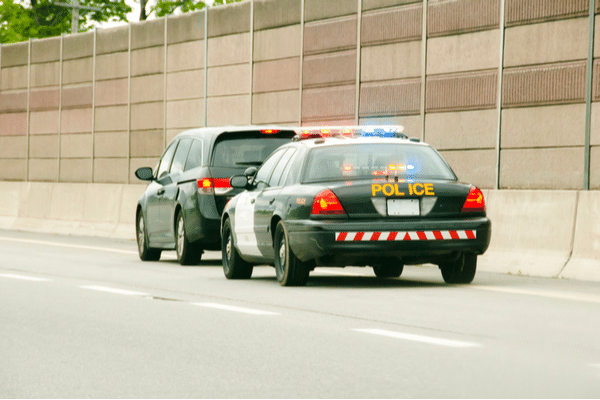 A police officer stops a car on the (US) interstate and asks if the driver would agree to have the vehicle searched. But the driver seems to be a person with limited English proficiency (LEP). The officer then takes out his phone and proceeds to engage the driver in conversation using the Google Translate app.

After the driver appears to give consent, the officer searches the car and discovers contraband. When the case goes before the court, the judge rules that Google Translate was insufficient in getting consent from the LEP driver for the search. Sound familiar?

Slator first covered such a case in 2018, where the court ruled in favor of the driver and said it “does not believe it is reasonable to rely on [Google Translate] to obtain consent to an otherwise illegal search.” Consequently, the court granted the request of the driver to suppress the results of the search: 14 pounds of cocaine and methamphetamines.

More recently, another judge, citing the 2018 decision in penning his ruling, agreed that Google Translate was not enough when applied to a similar case that took place on February 11, 2020. This time, however, the judge did not grant the driver’s request to suppress what the officer’s search uncovered: a large package of the opioid fentanyl.

Useful But With an Alarming Capacity for Error

In his October 1, 2021 ruling, a Pennsylvania District Court judge wrote that while Google Translate was “a useful tool,” and the police officer was able to obtain some information from the Spanish-speaking driver through the app (e.g., she was from California and traveling to New York to visit her boyfriend), the app has “an alarming capacity for miscommunication and error.”

He added, “That the app can facilitate basic communication does not make it an adequate method for soliciting consent.”

According to the judge, “Google Translate and other smartphone-translation apps are a relatively recent phenomenon, and their use in the context of consent-searches has only been analyzed in a handful of cases.”

This harkens back to the use of Google Translate in medical settings, where it was deemed by a study to be not quite ready for use during medical emergencies, although improving fast.

Google Translate is a useful tool with an alarming capacity for miscommunication and error. That the app can facilitate basic communication does not make it an adequate method for soliciting consent — Pennsylvania District Court ruling

The court further stated that while the officer was “able to communicate using Google Translate reasonably well despite some confusion arising from apparent mistranslations,” the app “need only fail once to obviate a suspect’s consent. As a result, the Court cannot hold that Google Translate is sufficiently reliable to presume its accuracy without further verification” — such as an interpreter.

So why did the judge not rule in favor of the driver?

Well, in the US, a warrantless search of property is allowed based on certain exceptions. Without the property owner’s consent, the so-called “automobile exception” may kick in; that is, if an officer finds probable cause for the search of a vehicle.

In this case, the police officer did indeed find half a dozen reasons to be suspicious, the judge ruled: the driver presented a Mexican driver’s license belonging to someone else, the car was in another person’s name, there was a strong smell of air freshener (often used to mask the smell of contraband) emanating from the car, etc.

Nevertheless, the judge pointed out in his ruling that the officer could have easily used several options available to him to obtain consent, such as checking if a Spanish-speaking interpreter was available — or having the driver sign the pre-printed consent form made available to the police; a form that has been edited and vetted by human linguists.

The judge wrote, “The Court finds [the police officer’s] failure to use a consent form odd. When communication issues are present and a translator is not available, the gold standard appears to be an accurately translated foreign-language consent form which the defendant reads and signs.”